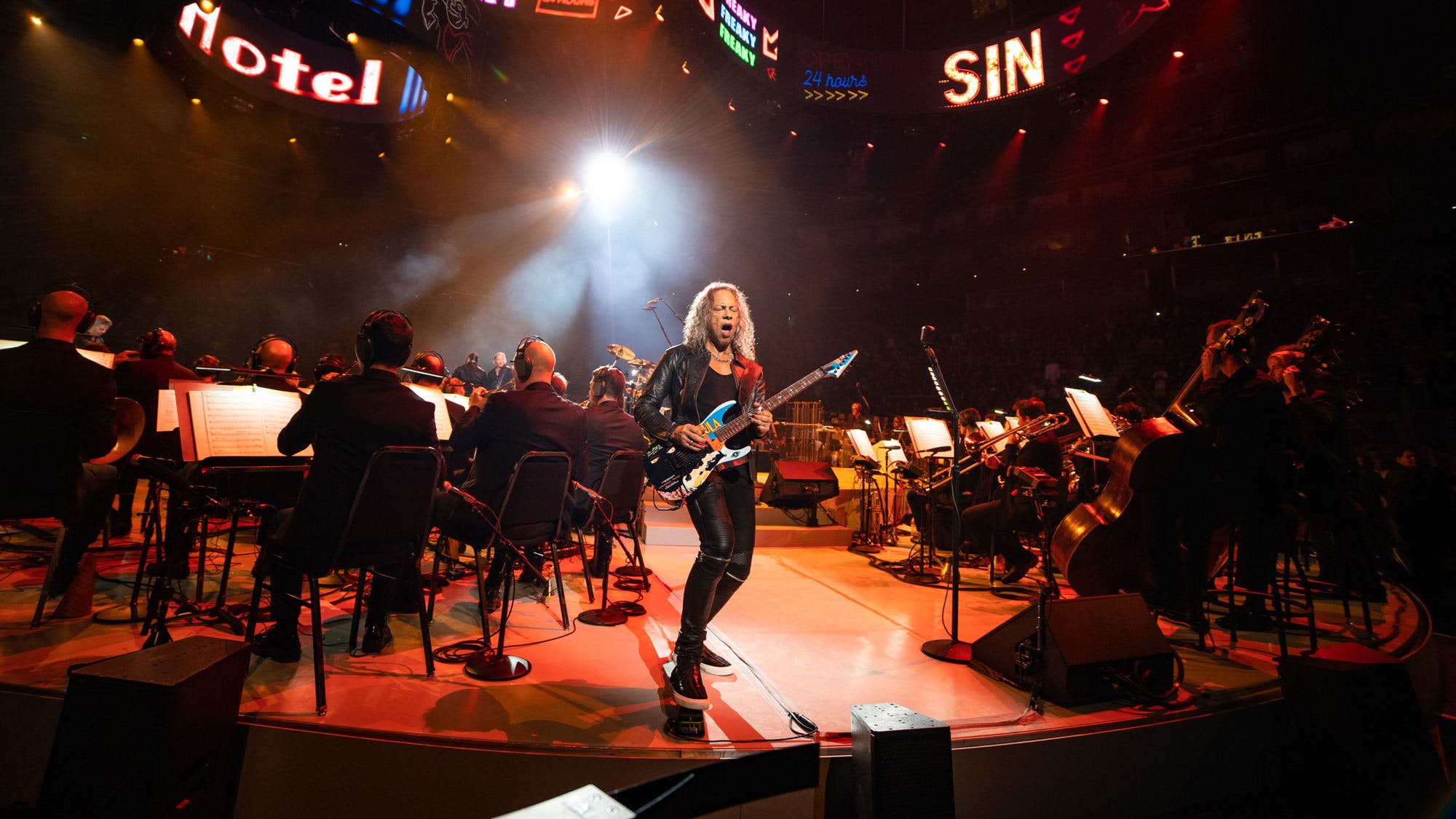 Annoyed you missed the chance to see Metallica's S&M2 movie in cinemas? Well, we have some good news! Following the monumental success of the screenings, which earned $5.5million at the box office worldwide, the feature-length concert film is returning to movie theatres for one more night on October 30.

Filmed over two sold-out shows at the Chase Center in San Francisco, Metallica and the San Francisco Symphony joined forces for a sensational night of classical-meets-metal music. From The Day That Never Comes to Halo On Fire to (Anesthesia) Pulling Teeth, it was an epic setlist that spanned the Four Horsemen's entire career.

READ THIS: Why Metallica's S&M was even better 20 years later

“The Anesthesia bass solo was incredible,” Lars told us recently. “The way the fans reacted to that was goosebump-city. I loved the dare of playing Iron Foundry. I loved revisiting songs we don’t play so often like The Outlaw Torn and The Call Of Ktulu.

“I loved how Edwin [Outwater] brought one sort of dynamic when he was conducting the more rock stuff, and how Michael Tilson Thomas – the maestro, the elder statesman of his world – brought in some different pieces and encouraged the fans to understand where the symphonic and rock worlds overlap."

If you want to see the S&M2 movie for yourself on October 30, tickets are available worldwide tomorrow from Metallica.film.

Metallica recently announced that they would be headlining five different Danny Wimmer festivals in the United States – playing two different sets at each festival!

“What a day for DWP and the fans of our festivals,” said festival promoter Danny Wimmer. “As a fan of this band, I still get goosebumps walking into Metallica’s headquarters…I spent a lot of times with the fans and I asked them, ‘What do you want to see?’ And nine out of ten times, they said Metallica.”

Here’s where you can catch Metallica in the States next year:

Metallica were recently forced to cancel their trip to Australia and New Zealand with Slipknot after frontman James Hetfield was entered into rehab.

Speaking to USA Today, Lars said in response to inquiries about James’ current status, “He’s doing what he needs to; he’s in the process of healing himself. I feel bad for everybody down in Australia and New Zealand, but we’re excited to get back to full force and come back stronger and healthier than ever. Along the way, there’s obviously an occasional bump in the road. But it’s been an incredible ride, and we’re looking forward to getting back down there, hopefully next year.”