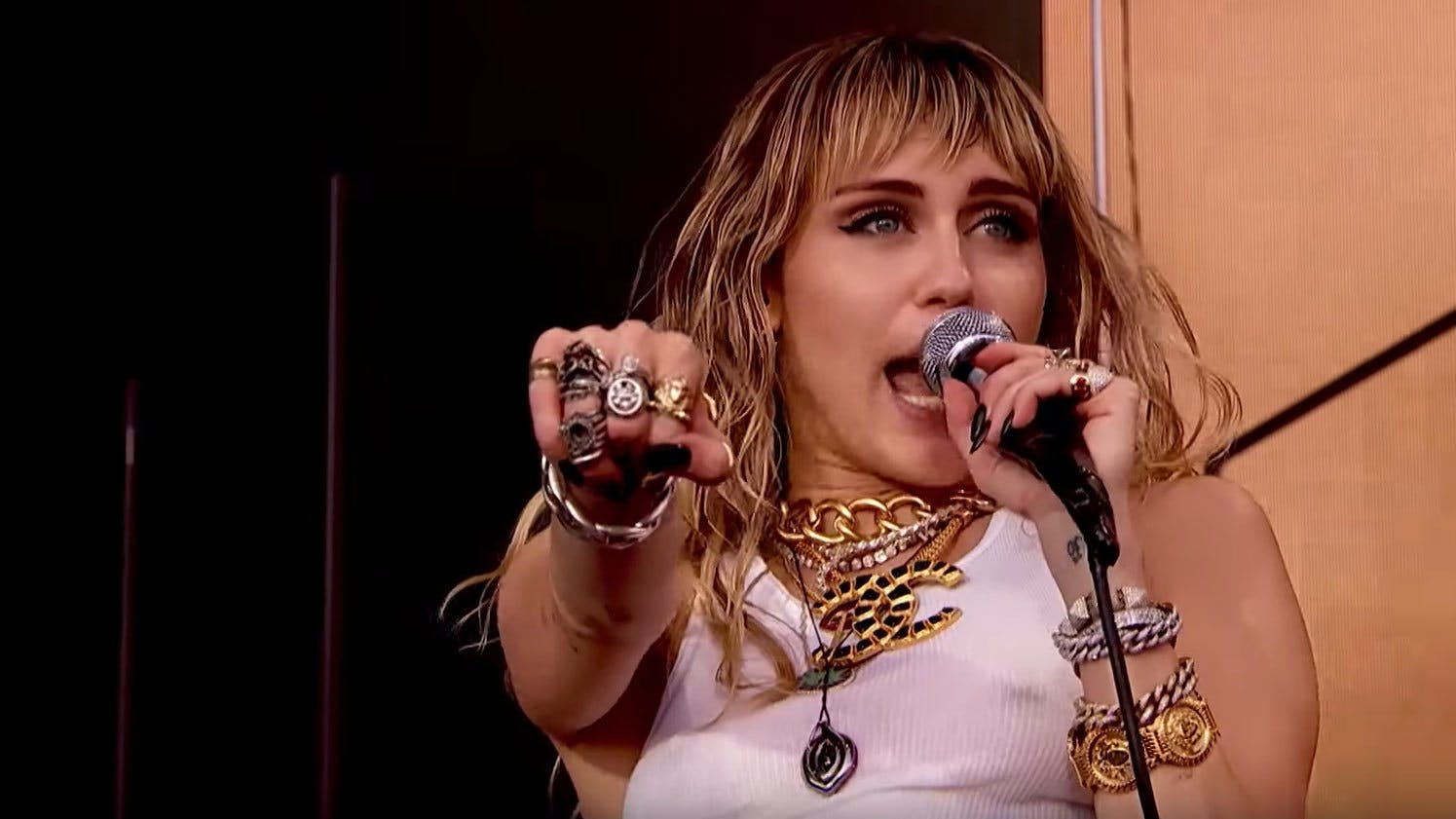 Sunday of Glastonbury was a good day for contemporary metal fans. Not only did you have BABYMETAL and Bring Me The Horizon kicking arse on The Other Stage, but one of the most famous artists on the planet rocked up to deliver cover versions of our scene's biggest tracks.

Miley Cyrus stormed the Pyramid stage to belt out her own versions of three Kerrang! favourites. Following a rendition of Back To Black by Amy Winehouse, Miley gave Worthy Farm her own takes on Black Dog by Led Zeppelin and Nothing Else Matters by Metallica.

Later in the set, following her collabs with Lil Nas X, Miley covered Head Like A Hole by Nine Inch Nails, reprising her Ashley O character from the current season of Black Mirror.

If you're in the UK, you can watch Miley's entire hour-long set on BBC iPlayer right now. To listen to Nothing Else Matters, skip to 01:06:00 on the Radio 1 Rock Show.

Check out these clips of Miley singing Head Like A Hole and On A Roll from Black Mirror.

And here's the proper version: