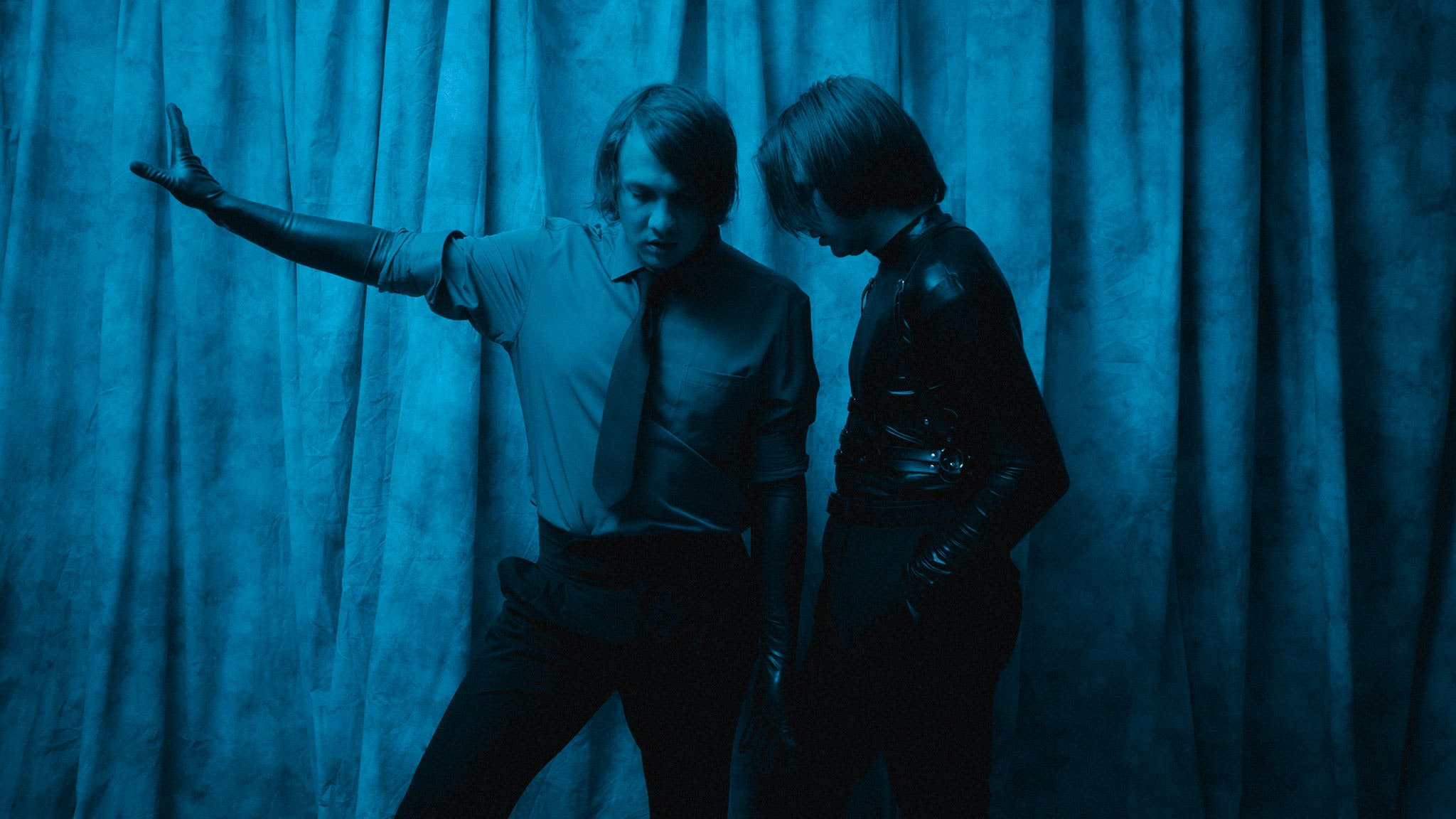 Zak Pinchin spends most of his time thinking about stories. It’s part of his day job as a music video director, crafting concepts for the visuals of some of the scene’s most exciting names. He’s worked with long-time friends Loathe on the video for Two-Way Mirror, and directed the videos for Trash Boat’s He’s So Good and Don’t You Feel Amazing? (in which he ruined an expensive pair of Tobi Duncan’s jeans by deciding he should have honey poured on him).

“Seeing other people’s visions and how they work is a really interesting way to learn [about] and appreciate other people’s art forms for what they are,” he says. “It’s nice to not get stuck in your own vision and think about others’.”

When he’s not behind a camera, Zak is behind a microphone as the mouthpiece of genre-defying firebrands Modern Error, steering the helm alongside his twin brother Kel. Even when his work concerns sounds more than images, however, he’s still thinking just as much about concepts and narratives. It’s the foundation upon which their debut album Victim Of A Modern Age is built, a shimmering, stratosphere-scraping body of work with an aim to push the listener to absorb every riff and electronic buzz, and to put their lives in front of a mirror and reflect on the way they’re living life.

Victim Of A Modern Age is split into two halves, the first of which is a meditation on the digital age’s capacity to foster a false closeness between individuals, with social media bringing us closer together yet equally leaving us totally isolated. “I feel more disconnected [from] everyone that I’ve ever been now than I did when I was younger,” sighs Zak. We’re more conscious of the relationship between technology and isolation thanks to a certain pandemic, but the concept had been lingering in the back of Zak’s mind since the so-called ‘before times’. Little did he know back then, however, that he would get the idea onto paper in an eerily appropriate time, as the writing sessions for the album began in the midst of lockdown. “It definitely felt like the perfect time to write that kind of thing because I was able to experience [isolation] in the sense of being locked away from everyone else, feeling separated on a physical level from the world,” he explains.

The other side of the record is more reflective. It revolves around the band posing a question directly to the listener: “What do you live for?” Zak has always held an inquisitiveness as to why people live how they do, and spends the second half of Victim… musing upon how well our way of life serves us. Although they’re not a band that necessarily shout loudly for societal change, Modern Error are writing about this subject matter in the hope of inspiring people in smaller, more individualised ways: “I think holding up a mirror to the world is the way to make people think for themselves to make the change rather than telling someone how to do it.”

Splitting the record into two naturally lends itself well to listening on a vinyl format, and it speaks to a further desire the pair have for anyone choosing to dive into the world they’ve created. Victim Of A Modern Age is an album designed for the kind of immersion that playlists and the fracturing effect of shuffle mode won’t allow. It asks for your time and attention, and offers itself up as an opportunity to escape from the world.

“I feel like music’s lost on playlists,” Zak says. “It’s not meant to be a background thing the whole time. It’s meant to have its own space in your day and its own space in your mind.” Indeed, he also acknowledges how much can be lost from the album experience when a record is chopped up and its parts are wedged into playlists. He refers to, as an example, a musical motif on Victim… that appears four times throughout the record, each time underneath a different lyric to hint at what’s being said within the wider narrative. “It’s one of those things you wouldn’t see unless you took it in as a body of work,” he continues. “Those intricacies are wasted on Spotify.”

Elsewhere, Modern Error had the opportunity to invite people previously unfamiliar with them into their world when they supported Loathe on tour at the tail end of last year. Although their sound doesn’t closely resemble the crushing heaviness of their Scouse pals, there’s a commonality in their appetite for building heady musical atmospheres that makes them naturally suited to open for them. It’s even possible to detect a hint of unconscious Loathe influence in Modern Error’s music – perhaps inevitable, when their careers have been so intertwined, with the two bands going as far back as Loathe and Holding Absence’s co-headlining This Is As One tour, where Modern Error also supported in their infancy as a band. “Our inspirations are quite close, it’s just obviously taken two different ways,” says Zak.

Ultimately, Zak affirms, the most important goals for Modern Error are purely artistically minded. “I’ve always wanted to make a world of things for people to escape into. If it gives [people] an element of inspiration to think about their intentions and motivations then I’m happy. I don’t think there’s anything else in it.”

Victim Of A Modern Age is due out on January 21 via Rude Records.