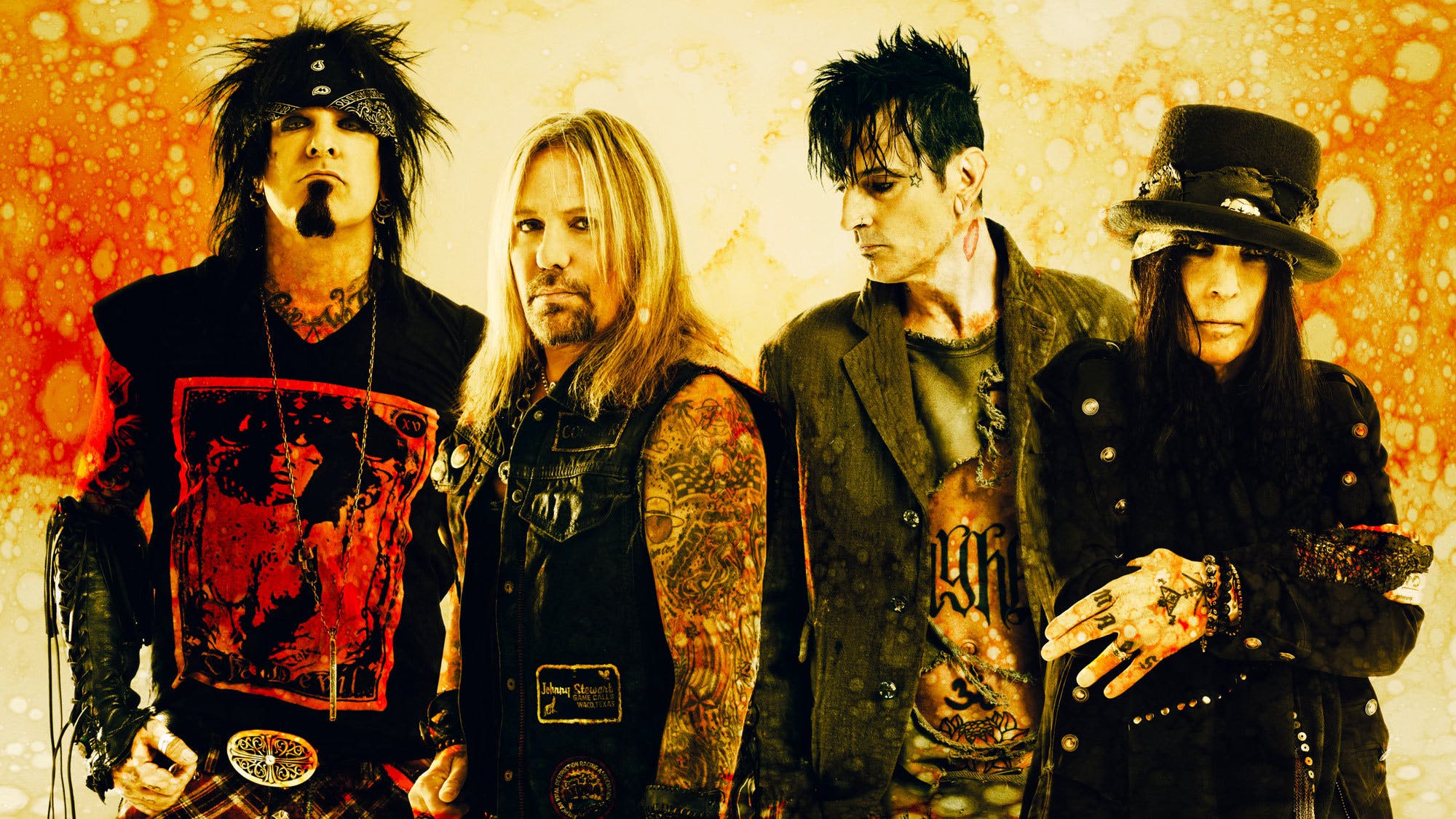 It somehow feels like Mötley Crüe never broke up, even though the band only reunited in November and announced their stadium tour with Def Leppard, Poison, and Joan Jett and the Blackhearts in early December. But in that short time, the band have already raked in quite a profit: apparently, the Stadium Tour has already grossed $130 million, having sold over one million tickets.

According to Billboard, not only has the tour brought in over $130 million in general ticket sales, but it's also earned an extra $5 million in VIP ticket, sales according to the bands' agents and managers. That's no joke, especially given that tickets can be as expensive as $400. The high earning capacity of the tour is attributed to both the Crüe's much-publicized return to the stage and the massive popularity of Netflix's biopic The Dirt.

Allen Kovac, Mötley Crüe's manager, told Billboard that the Dirt upped the band's streaming by 300%, and garnered interest in the band from a whole new generation of fans. "We knew co-headlining would dramatically lift the ticket sales," he said.

Catch the Stadium Tour at one of the following dates: