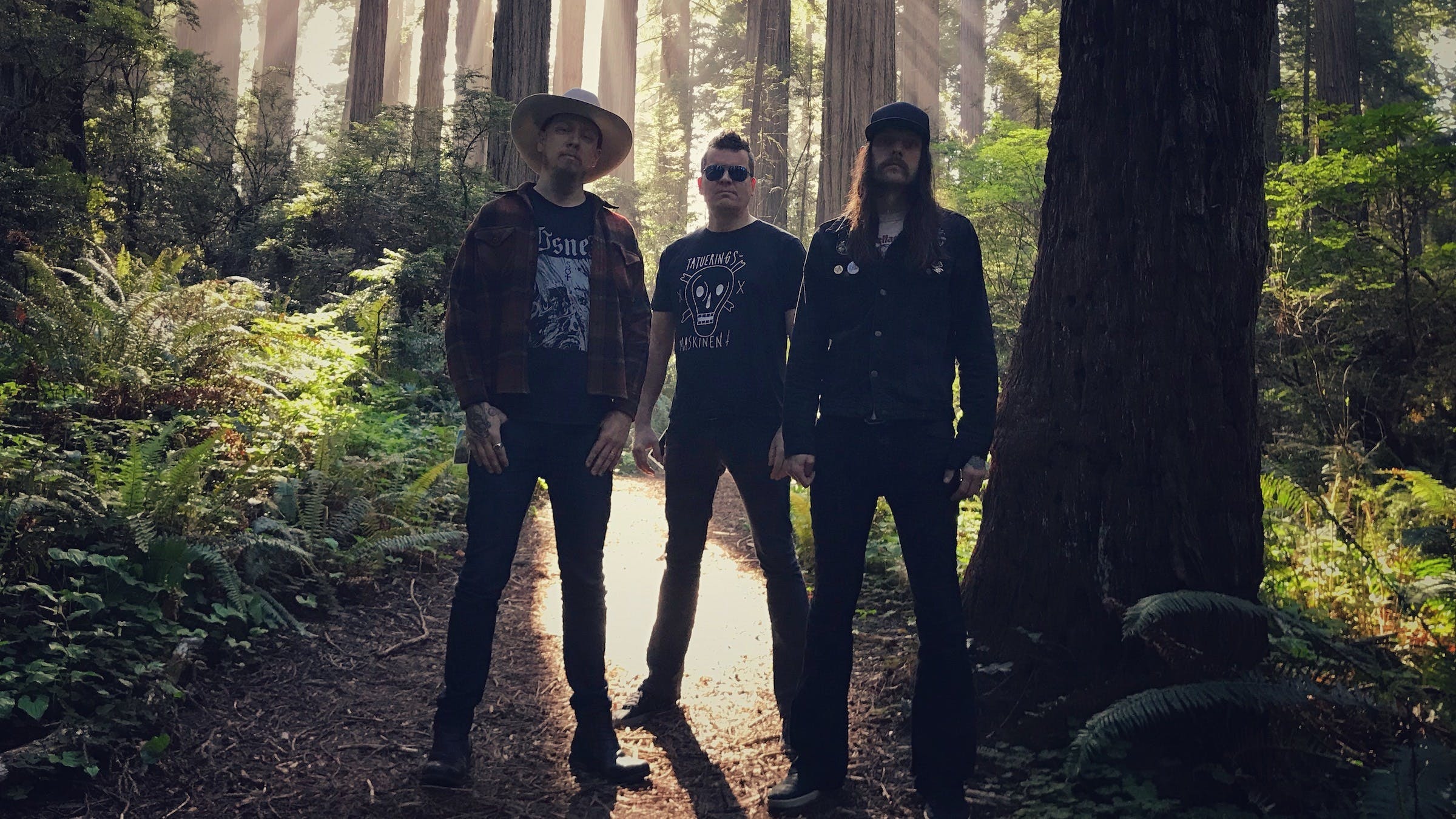 Sure, Monolord play loud, slow, and heavy as hell. The Gothenburg trio have spent the better part of the last decade crafting the kind of sternum-punching riffs that hypnotize fans of classic doom metal. But unlike many bands who're content to rehash Sabbath and Pentagram, Monolord add audible shifts with each new album -- their guitar tone shifts in harshness, their tempos switches unpredictably or evens out. In this way, they are a band that's both reliable and always interesting, with every record giving listeners something new while never robbing them of what they came here for.

Oddly enough, the band's new album is called No Comfort -- odd, because of just how relaxed and mature the songs thereon feel. On their Relapse Records debut, Monolord have returned with a syrupier sound that smacks of crisp air, deep woods, and time alone. And while it still brings the massive in the form of tracks like The Last Leaf and Skywards, songs like Larvae and Alone Together feature refreshing moments of calm and clarity.

READ THIS: Heavy, slow, stoned: 13 doom metal records everyone should own

We caught up with vocalist and guitarist Tomas Jäger to discuss what went into No Comfort.

How has the transition between [previous label] RidingEasy and Relapse been? Did you feel you had something to prove with the new label debut?

We really enjoyed the ride with RidingEasy, and we have became good friends along the way. The move from RidingEasy was a decision that was mutual and it has been a very smooth transition. Of course there is some amount of pressure but we're doing stuff the same no matter what label.

How has Monolord's sound grown or changed between Rust and No Comfort?

The way we worked on this album, with some proper preproduction and recorded in a studio/room (Let Them Swing Studio) that actually sounds good, was a bit different compared to the other recordings we have done. Earlier we did everything ourselves in our four-meter-squared rehearsal space. We knew that the sound was gonna be different, but different was what we were looking for this time. Something that didn't sound as the other records. You know, try to evolve in some way. Some of the songs like The Last Leaf was written at the same time as some of the songs on Rust, but they didn't fit the other songs. Until now. The sound is still heavy but with more clarity. I think it sounds pretty cool and it was more fitting because some of the songs needed something different compared to the older albums. More air, maybe.

On certain tracks, you embrace a quieter, more thoughtful tone. What do those moments mean for Monolord? Do you prefer those songs, or the big, powerful ragers?

On an album, I can enjoy the more mellow songs, but live, I think I enjoy the ragers more. At first Alone Together was arranged as a pretty heavy Monolord song, but a few weeks before the studio I tried to re-arrange it and the result is heard on the album. Even though I enjoy ragers live, I really enjoy writing sad and mellow songs. Also, on heavy albums, you need parts or whole songs that allow you to breathe a little.

Sweden has a unique place in doom and stoner metal history. What, in your opinion, is it that makes Sweden one of the genre's most fertile breeding grounds?

And death metal most of all! This is a question we get a lot, and I have no idea, really. We had some heavy bands in the '90s that still influence people, and there has been pretty easy to start a band here. Instruments has been pretty cheap and easy to come over. Maybe that or the fact that six months a year, we have no more than four hours of sunlight each day? If I didn't have music i would have gone insane at the age of 13.

Listen to our exclusive stream of Monolord's No Comfort below:

Monolord's No Comfort comes out Friday, September 20, via Relapse Records, and is available for preorder.

The Desertfest franchise is finally coming to the U.S. the weekend of April 26-28 in Brooklyn, New York.