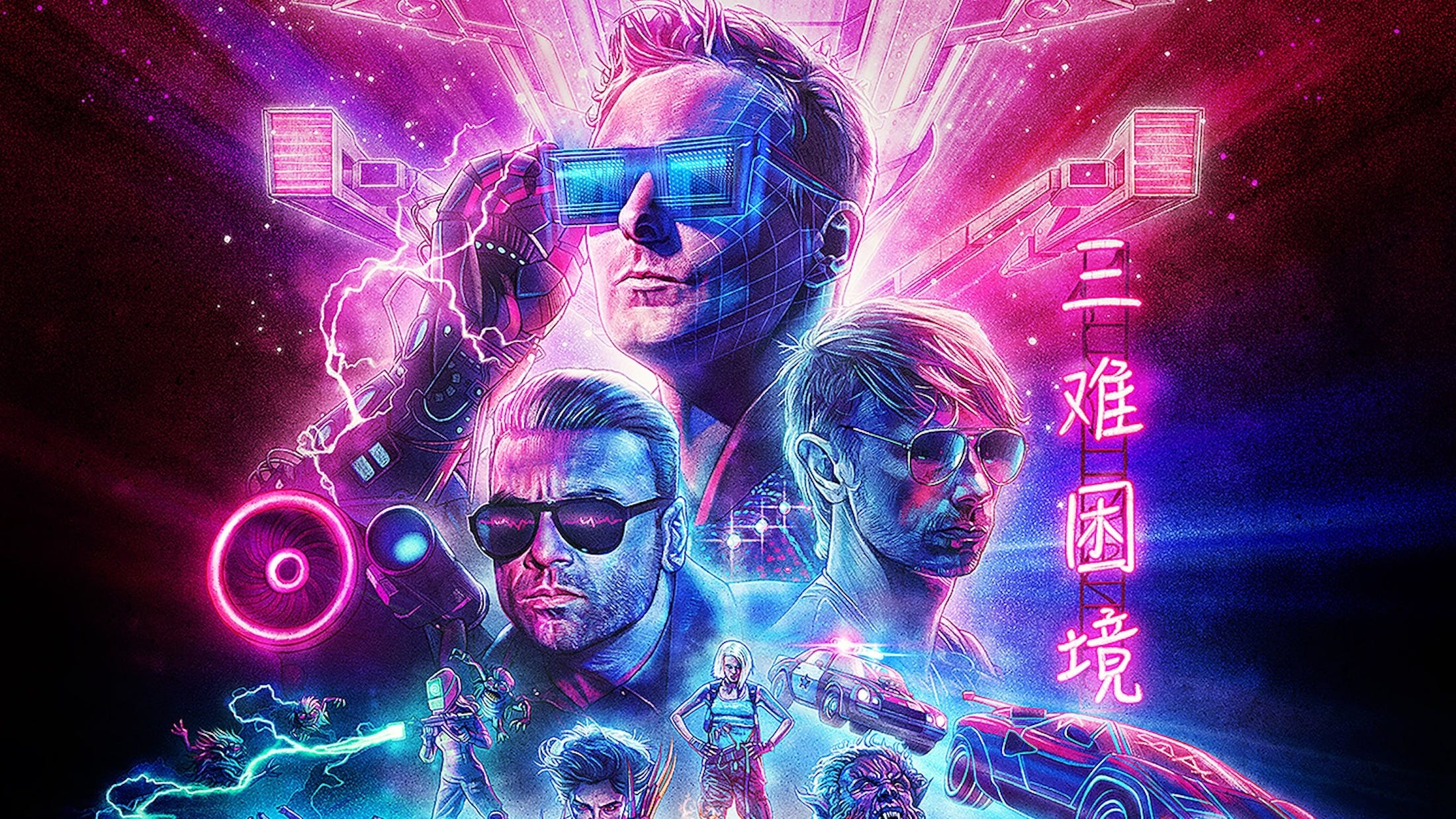 Muse drummer Dom Howard has revealed the inspiration behind the artwork for their new album, Simulation Theory.

“It was my idea to create something that looked like a film poster," the drummer tells Kerrang!. "I’ve wanted to do that for a few albums – some kind of slightly vintage movie poster. That hasn’t worked out, but this time, once we started working on videos with this director, Lance Drake, we realised it would be cool."

“We wanted to do it properly: we had to find the right person, it had to be illustrated by hand, it had to actually look like a movie poster,” explains Dom. “We looked at a few different people, but I knew that Kyle, who did Stranger Things, would be the one. I’d seen a load of his work aside from Stranger Things and I knew he could nail it. Colour-wise and stylistically, we gave him a little direction, and he knew exactly what to do. And now I’m glad that the idea finally came to light. Plus, at night time, on an LED billboard, it’ll look awesome!”

Simulation Theory will be released on November 9 through Warner Bros. The band play London’s Royal Albert Hall in December.