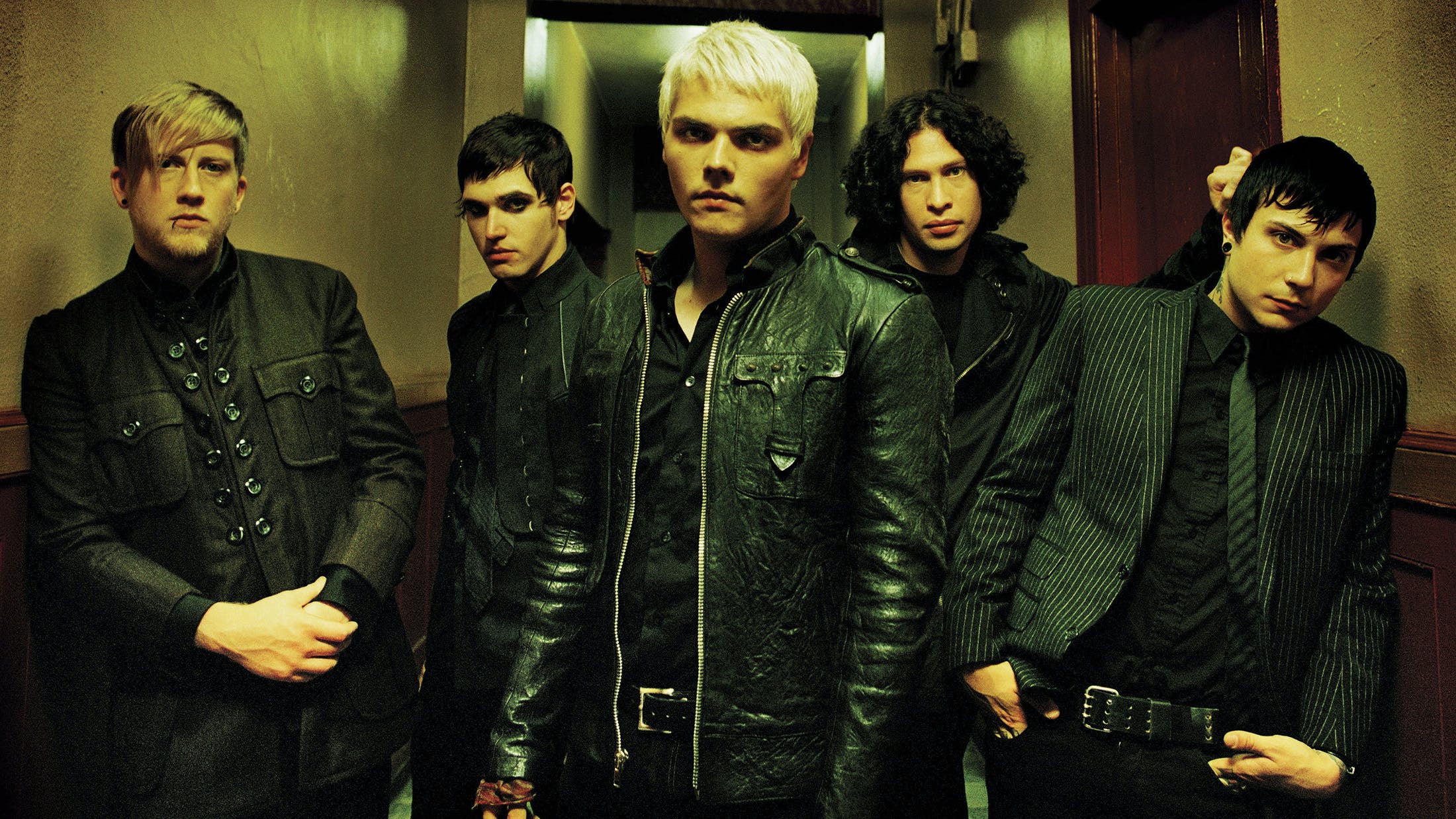 It’s been a long, long time since we last heard anything vaguely official from much-missed emo heroes My Chemical Romance, who broke up in 2013. But it looks like the band could be up to something once more, having just changed their all of their social media account logos to a cryptic candle, as well as setting up an Instagram account for the first time (Instagram.com/mychemicalromance).

Update: They're now adding to their Instagram stories with different logos, and tiny captions, 'Clarity', 'Sacrifice', 'Courage' and 'Devotion'.

Of course, this surprising move arrives on Halloween and guitarist Frank Iero’s 38th birthday (Happy birthday, Frank!), so the New Jersey titans could just be plotting something special – and spooky – there. But it’s definitely still worth paying attention to the fact that they’ve gone to such drastic lengths to tease whatever this may be (especially the Instagram thing) as their social media accounts are typically only used for music or merch-related projects.

Could there be any anniversary releases on the way, perhaps? The band’s breakthrough second album Three Cheers For Sweet Revenge turned 15 back in June, while next year will mark the 10th anniversary of My Chem’s final album, Danger Days: The True Lives Of The Fabulous Killjoys. We wouldn’t say no to a shiny new anniversary package or two.

The natural inclination, though, is to wonder if they could be reuniting. Fans have pretty much been hoping for it since that fateful break-up day on March 23, 2013, and it’s well-documented that the members of the band – Gerard and Mikey Way, Frank Iero, and Ray Toro – are still great friends. Other than their various projects away from MCR, there’s no reason they might not want to regroup after six long years apart.

By the same token, though, rumours of a comeback have been shut down constantly this year. Talk began back in February, when Gerard was asked that very question – to which he responded: “I don’t think so…”

Then, the internet blew up when Joe Jonas of the Jonas Brothers revealed that his group were rehearsing nearby to MCR, leading everyone to believe that they were reuniting. “I’ve got some dirt,” the pop star said. “My Chemical Romance were apparently rehearsing next to us in New York recently, which, I thought they broke up, so… that’s the gossip!”

Following that, Frank addressed the matter in the Asbury Park Press – with the publication prefacing the guitarist’s words by stating that he “denied the report”. “I survived a bus accident, so anything is possible,” Frank then went on to say, leaving the question incredibly open-ended.

The guitarist’s comments continued in following interviews, telling YouTube’s Zach Sang Show: “I don’t understand why you would do an interview about your band and talk about someone else’s band. I think they’re trying to rebrand their band as a real rock band and they’re trying to mention as many rock bands, and trying to get, like synonymous with other things and people aren’t gonna forget that you’re a Disney band, bro. Sorry, it’s not gonna happen.” Hmmmm…

As well as shutting down these rumours, the members of My Chemical Romance have all been incredibly busy in the six years that have passed since they called it a day. Gerard released his debut solo album Hesitant Alien in 2014, and then became even more of a global superstar thanks to his comic-book-turned-Netflix-show The Umbrella Academy this year. Frank, meanwhile, has unveiled three studio albums with three differently-named bands and toured the world, while Mikey Way joined forces with Sleep Station vocalist David Debiak for New Wave project Electric Century. He also followed his brother’s footsteps and joined the comic world with his Collapser series. And as for Ray Toro – arguably the most private of the four – the six-stringer also released a solo album, Remember The Laughter, as well as recently recording a couple of covers with Gerard for the Netflix adaptation of The Umbrella Academy: Hazy Shade Of Winter (Simon & Garfunkel) and Happy Together (The Turtles).

“It’s a bit more work, because it’s for something cinematic,” Gerard told Kerrang! of the writing and recording process for this music. “It’s not that it has to reach a higher level, it’s just that it’s a different level. The solo stuff is just kind of up to me, and what I want that to convey, or what nature it has. Whereas with the show, everybody has to really be blown away by it.

With all of this in mind, then, it feels like My Chemical Romance could be announcing anything at this point. Fingers crossed we’ll find out what’s going on very soon. Stay tuned to Kerrang.com for updates as and when we’ve got them.

Read this next: 15 things you probably didn’t know about Frank Iero