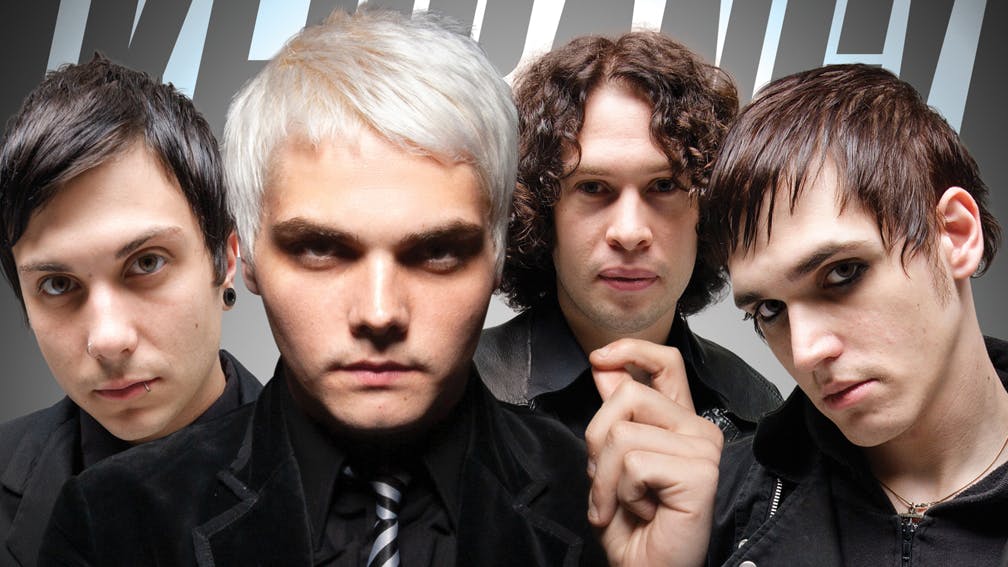 Finally, six years and seven solo albums since they split, My Chemical Romance have returned. As the MCRmy wait to see what this new future will bring, we look at how four New Jersey boys became the band of their generation, album by album…

Also included in the 32 pages of content is a My Chemical Romance art print celebrating their new dawn!

Elsewhere in the issue, The Ghost Inside unveil future plans as they announce their first UK show since their life-changing 2015 bus crash, the legendary Jaz Coleman takes the life and career-spanning K! Interview, Panic! At The Disco go Disney, Chuck Ragan tells us about the music that has shaped him, and we go behind the scenes on Petrol Girls' important new video.

In the reviews section, symphonic metal legends Nightwish's masterful South American live set is revisited, while Slayer bow out with a blood-soaked short film. On the live front, Creeper resurrect themselves at a phenomenal comeback gig, Machine Head beat technical troubles to roar through Bury My Eyes in full, and ascending Michigan rockers Greta Van Fleet bring the riffs and vibes to Leeds.

All this and more is available in the new issue of Kerrang!, which you can get anywhere in the world through Kerrang.Newsstand.co.uk. But for UK residents, it hits the shops on Wednesday, November 13 from all good newsagents.