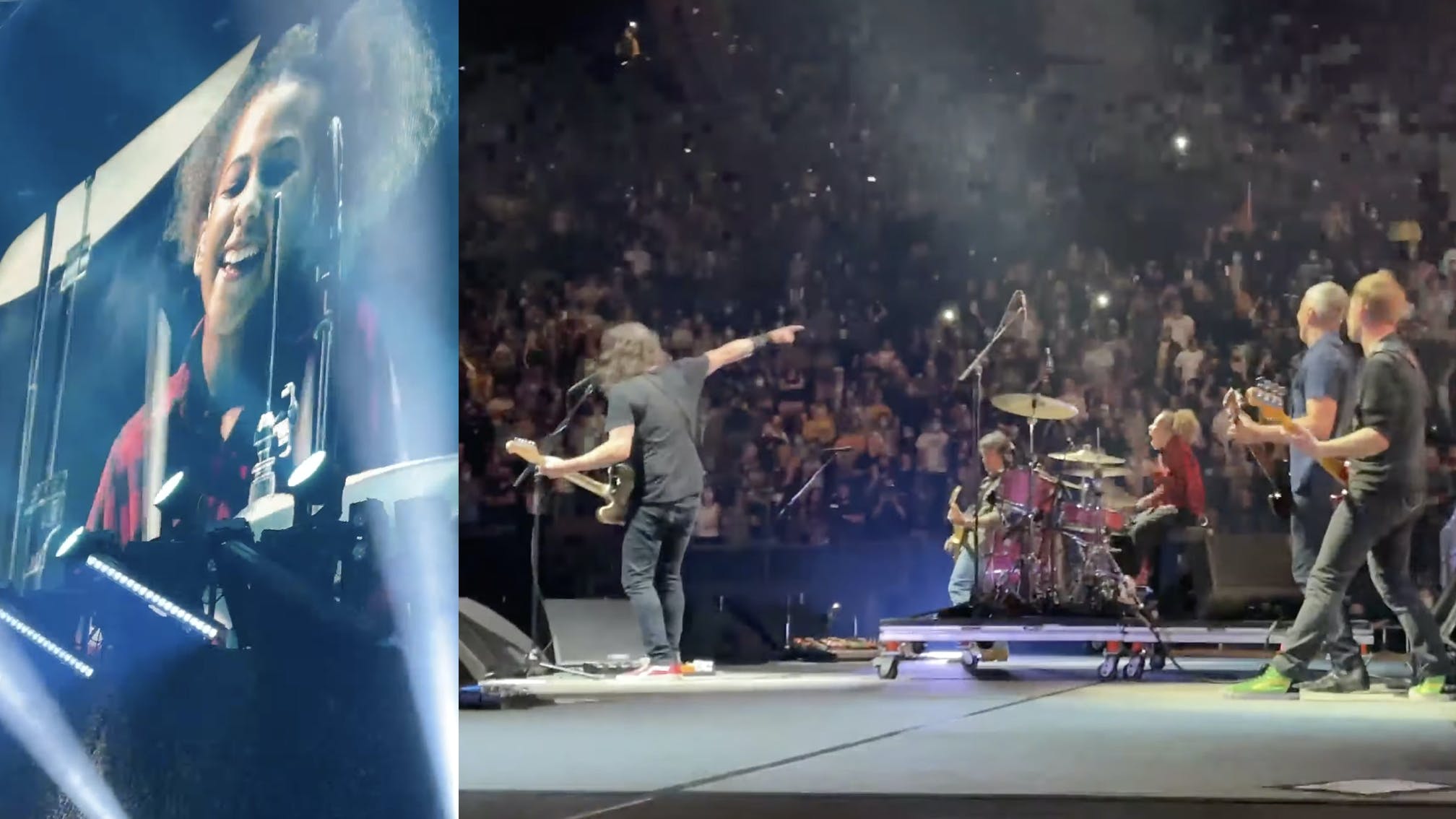 Stop everything, because Nandi Bushell has just won at the internet for… well, the rest of time, really.

After a summer of battling it out online with Dave Grohl in 2020 and generally keeping us all happy during such a tough time (the Foo Fighters frontman himself included), Nandi finally joined Foos onstage at Los Angeles' Forum on August 26 to give Taylor Hawkins a much-needed break behind the kit.

Not missing a beat with her trademark energy and smile plastered across her face, Nandi performed Everlong with the rest of the band, with the whole incredible moment captured by her very happy, very loud father.

"It happened!!!" writes Nandi in the video description. "It was EPIC!!! Thank you so much Foo Fighters. Thank you to everyone who made it possible for me to jam with Mr. Grohl. It's my Daddy who filmed the video and is screaming a lot."

Speaking to Kerrang! about Nandi and how their drum battles and interactions ultimately influenced them to release this year's Medicine At Midnight album when they did, Dave explained, "I guess over time I just realised that [touring] is not the only reason that we do this. We make these songs to be heard….

"The thing that inspired me the most to release this album was that drum battle I had with Nandi. More than just some back and forth between two musicians, this battle of technical proficiency, it was spreading joy and happiness. People would turn on their computer or phone and for three and a half minutes they would smile because a 10-year-old girl was kicking my fucking ass in a drum battle. To me, that’s what the world needed."

Dave continued: "You open your laptop or look in your fucking phone and it’s just this dark cloud of doom, you know. Every day you pick up your telephone and you think, 'Oh, God, what is it now? What’s next?’ You’re just waiting for this bad news. But this exchange that she and I were having did nothing but bring happiness and joy to people. I thought, 'That’s done entirely remotely, so why can’t our music do the same? Why can’t we put the record out and hopefully it’ll give people that same feeling. Why can’t we do that now?’ And so we did.”