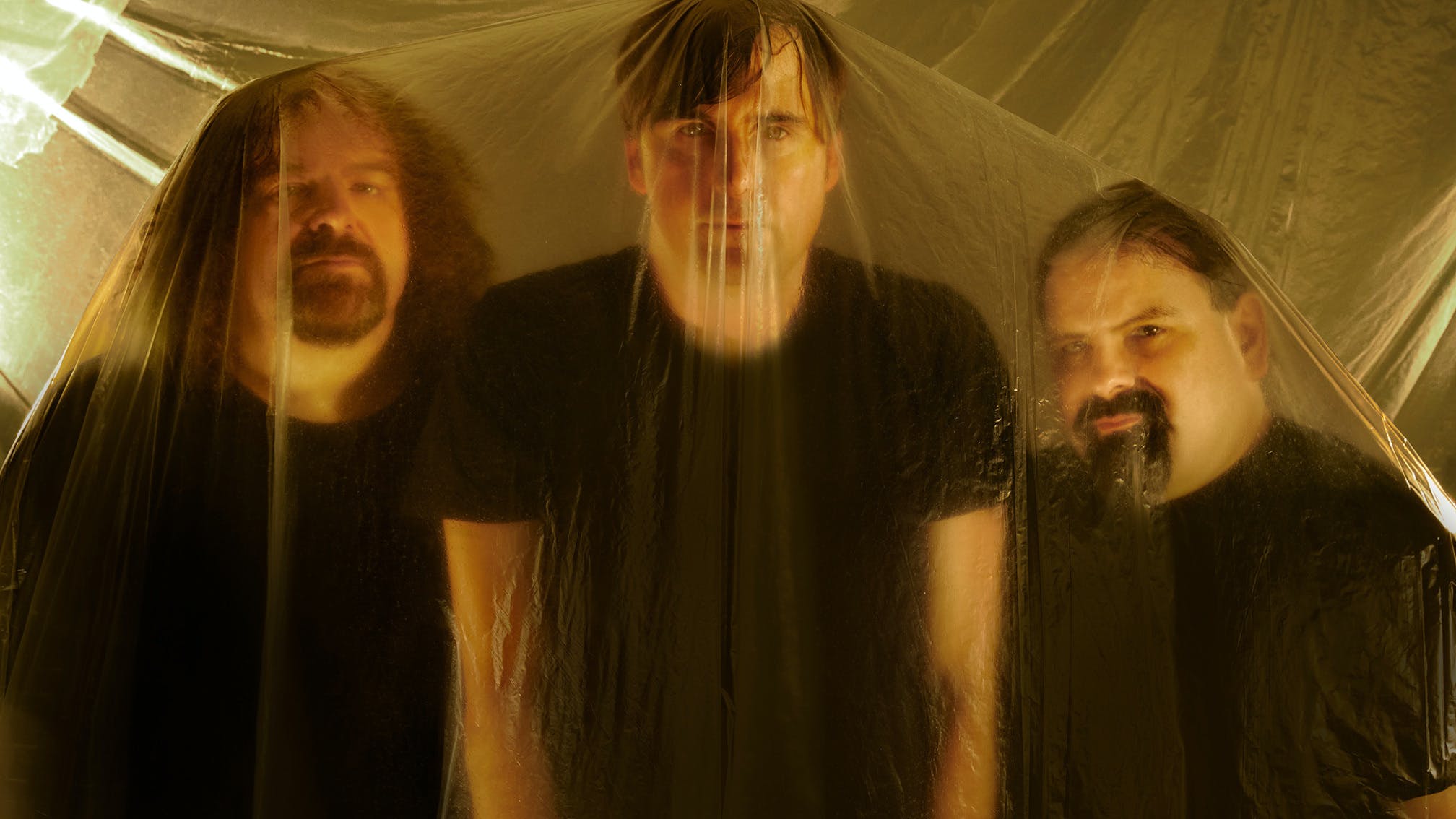 The new record goes by the name Throes Of Joy In The Jaws Of Defeatism, and will be released on September 18 via Century Media Records. Explaining how the Russ Russell-produced album came about, frontman Mark ‘Barney’ Greenway reveals: “The phrase sticking in my mind when I started thinking about the lyrical direction for this album was 'the other'.

Read this: Napalm Death's Barney Greenway: The 10 songs that changed my life

“You could recognise at the time that there was a rapidly growing fear and paranoia being generated about everybody, from migrating people to people with fluid sexuality and this was starting to manifest itself in very antagonistic reactions that you felt were almost verging on violence. Not everybody resorts to such reactions of course, but even the basic lack of understanding can become toxic over time. I’m not saying that this is an entirely new phenomenon, but it has been stoked in recent history by some particularly attack-minded people in more political circles and, as ever, I felt that it would be the natural antidote to endorse basic humanity and solidarity with all.

“The artwork specifically uses a white dove as a centrepiece, which of course is a commonly recognised symbol of peace and cooperation. The dove has been mauled very violently by a sterilising hand and in death appears particularly broken and bloodied. However, through the violence you can see an equality symbol in blood on the chest of the dove, which perhaps demonstrates – visually at least – that equality cuts through in the end. A positive amidst many negatives then, much like the album title itself being a bit of an oxymoron – the celebration of humanity even in the mangling jaws of negativity.”

1. Fuck The Factoid
2. Backlash Just Because
3. That Curse Of Being In Thrall
4. Contagion
5. Joie De Ne Pas Vivre
6. Invigorating Clutch
7. Zero Gravitas Chamber
8. Fluxing Of The Muscle
9. Amoral
10. Throes Of Joy In The Jaws Of Defeatism
11. Acting In Gouged Faith
12. A Bellyful Of Salt And Spleen

Napalm Death will release the first song from Throes Of Joy In The Jaws Of Defeatism on July 24, along with pre-order info. Stay tuned…