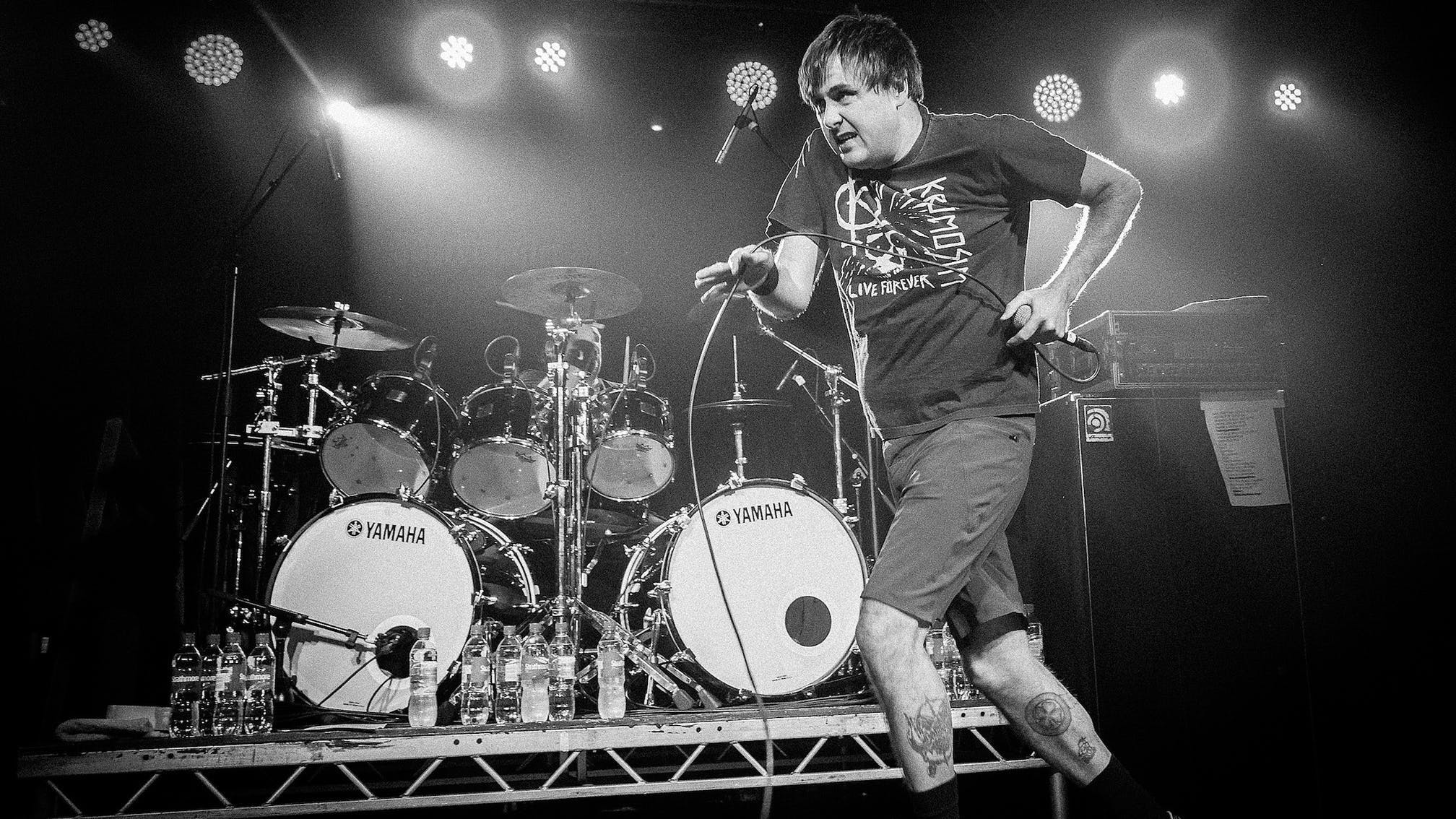 “There was a lot of terrible pop music around when I was a kid, but my dad was a big rock fan and this is the first song that registered with me. It charted, so it was on the radio and it really stuck out. It has this crazy spacey-ness to it, and a pulsating ambience that really draws that feeling out. It also started my lifelong love of [then-bassist] Lemmy, who would go on to become my hero in Motörhead.”

The song that reminds me of my school days...

“Conflict were an anarcho-punk band and this is the title-track on an amazing album. When I was in sixth form we had the Thatcher government and everything was a mess. People were being deprived of public services – it was awful. Although I was academically quite good when I wasn’t messing about, I did feel a sense of hopelessness. I was panicking a bit, wondering what my future was going to be, and this song summed everything up. The band really spoke to me.”

The first song that I ever moshed to...

“There was a pub in Birmingham called The Grapes that hosted rock discos, and would pull in 500 people each night. I’m pretty sure this was the first song I moshed to at one of those nights. You could go to one of those nights and hear rock, punk and metal and leap around while everyone got along. It was great.”

The song that made me want to be in a band...

“I never actually wanted to be in a band. I kind of fell into Napalm Death. I could listen to Black Sabbath and have no delusions that I could do that. But the album that first made me think I could was Leather, Bristles, Studs And Acne by Birmingham band G.B.H.. That primal generation of punk had a real vibrancy to it. It was simple stuff but played with such aplomb, and it was great songwriting. It made me think I wouldn’t mind having a go.”

The first Napalm Death song I heard on the radio...

“It was before I was in Napalm, but they were my favourite band and I was thrilled they were doing a John Peel session. I was at a mate’s place ‘imbibing’, when I suddenly remembered that it was going to be aired. The Kill was the first song, and it’s a mad enough song as it is, but it had all this reverb on it and it sounded like one of the craziest things ever recorded! It freaked me out, so I hid in the bedroom!”

“I’m going for pure comedy on this one. The song itself has genuine connections to me growing up, and it was made by the people who made the kids Saturday morning TV show Tiswas, which was based in Birmingham. Looking back at it now it’s not all that funny, but revisiting the song and the video brought back loads of good memories for me. That was filmed around Birmingham, too.”

The song I listen to when I'm angry...

“The band sadly aren’t with us anymore. The lyrics talk about ignoring the tittle-tattle that can often come with being in a band. When I get pissed off with stuff, I’ll listen to this. I can’t say that it helps to calm me down much, but it does give me involuntary limb movement, so it’s a more of a pressure release thing.”

The song that always makes me cry...

“It soundtracked a cartoon called Watership Down, and I think without that association it wouldn’t have the same effect on me. But that cartoon fucking kills me. It’s such a work of fucking genius – such a reflection of how brutal society can be. It makes me fucking weep with the hopelessness of it. It’s so extremely dark and brutal.”

The song that I wish I had written...

“This is so fucking breakneck. You can almost feel the trachea coming out of the vocalist’s mouth. The bass playing on there is totally crazy too, it’s so urgent, as if the world’s going to end in the next 20 seconds and they’re desperate to get to the end of the song. And although it’s fast as fuck, it’s catchy too. It’s perfect.”

“I would hope that people would want to have a laugh at my funeral. If people are going to carry my coffin I’d like them to do a cartoon walk down the aisle to this. It’s the silliest sounding thing you’ve ever heard.”