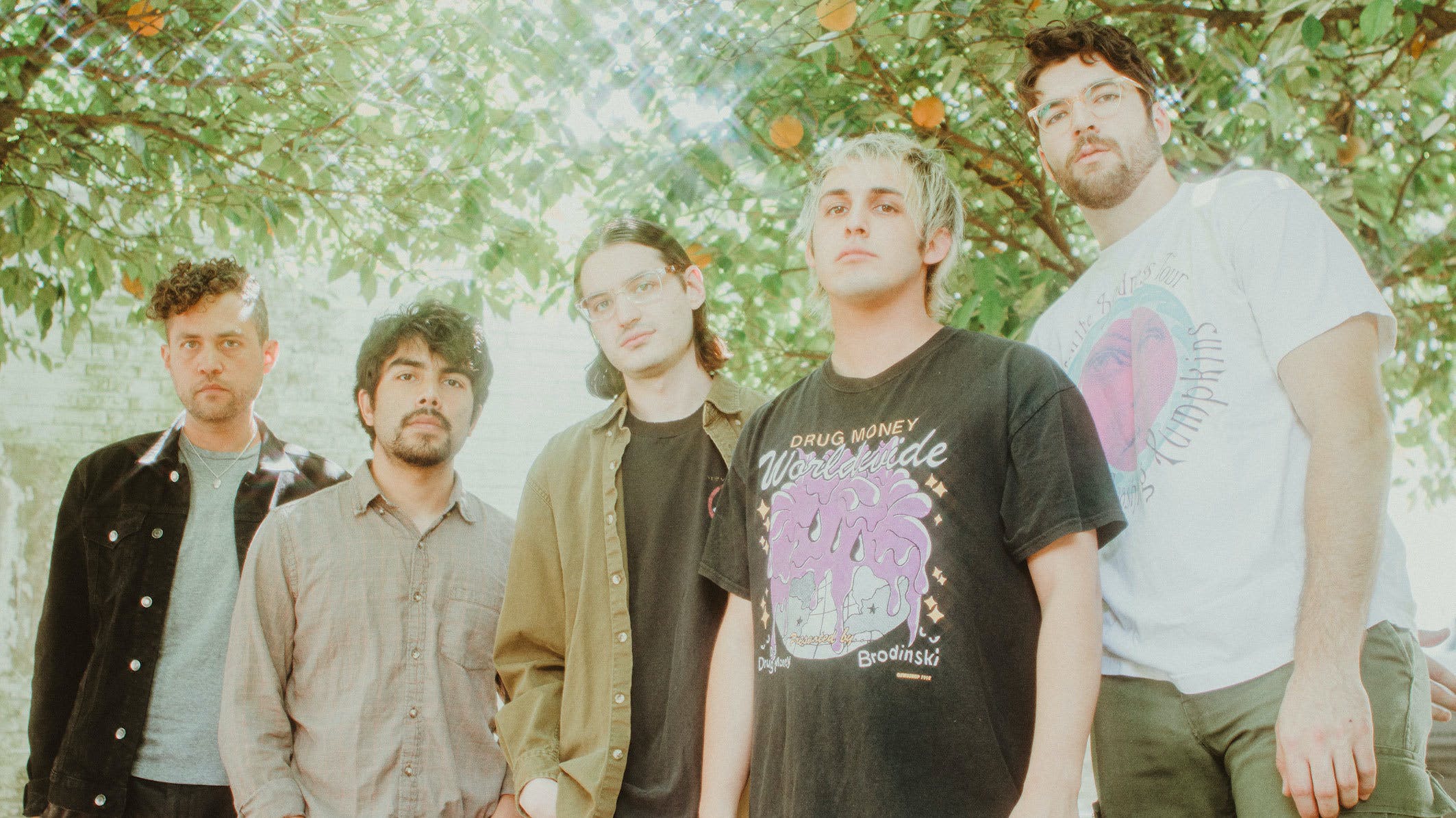 Far away from horoscopes and the star signs that we all know, there’s something in astrology known as the 12th House. Look it up online and various websites will tell you that it’s a place where you “lose yourself”, an “unseen realm” that “governs everything that exists without physical forms, like dreams, secrets and emotions.” It’s not necessarily a dark place, but it can be, and has been described as “the house of shadow, of enemy, of self-undoing, of isolation, of sorrow.” Jacob Duarte, vocalist/guitarist and founding member of Narrow Head, had no idea about any of that when he was writing and making the band’s second full-length. But when he was describing its songs to a friend, they said it sounded like “12th House rock” and explained to Jacob all about this astrological wonder. Just like that, the record had a title.

It’s an incredibly fitting one at that because it’s inspired by (and crafted from) a period of deep, dark introspection, as well as Jacob’s desire to create a world similar to the dystopia found in William S. Burroughs’ classic surrealist novel Naked Lunch – albeit one based on his own feelings and experiences.

“Not everything is super dark – there are some moments of optimism – but it’s an album made from demons,” Jacob explains. When pressed to explain exactly what those demons were, he doesn’t elaborate much, saying that it was “just shit everyone deals with”, but that he was “dealing with it extra hard at the time.” One of the ways he dealt with “it” was by turning to drink and drugs.

“It was booze and Adderall and stuff that made me not feel stuff,” he says. “But it’s not like I was writing music on drugs – I did them the day after when I felt like shit. It’s not like I took drugs to enhance anything – it’s just the music is the result of those feelings. But it definitely made the mood of the record darker.”

Written over an approximately four-year period that started after the release of 2016’s debut album, Satisfaction, Jacob – who, when he speaks, occasionally suffers from a stutter – says that 12th House Rock tells a story. That story, though, is less a narrative and more like a rollercoaster of emotion.

The irony is that that lack of feeling – those abject, snarling, monochrome hollows of nightmarish despair – has resulted in an album that overflows with emotion. It swirls with what feels like an almost malicious intent as it tries to shake off the emotions it’s possessed by and banish those dark, formless entities. You could call it a kind of defiance – and this is definitely a record that rages against those demons that inspired it – but much of it comes down to the friendship and chemistry of the Texas-based band themselves.

Formed in 2013, Narrow Head really came into their own a few years later when guitarist William Menjivar and drummer Carson Wilcox joined the fold, and then again in 2018 when Ryan Chavez, who was drafted to produce the record, took over bass duties on a permanent basis. After the record was completed, guitarist Kora Puckett – who’d been touring with the band for a while – became a fully-fledged member. That might sound piecemeal, but it allowed the band to develop and evolve naturally at their own pace, and finally extract and perfect the sound they were looking for.

“Some of these songs were written when it was just Jacob and I, or just Jacob and Will and I, some three or four years ago,” remembers Carson, “so for it to come out now that we have Ryan and Kora in the band as well, it just feels like a culmination of the last three to four years of our body if work as a band.”

“I think one of the reasons it kind of took a long time to finish the record is because we wanted to be very intentional about how it sounded and how the songs came across,” adds Ryan. “And now that it’s finally done, I think it came out exactly how we wanted it to.”

“There’s definitely been a lot of musical and personal growth for all of us in that time,” says Carson. “In a lot of ways, this feels like the first Narrow Head record for us, because we’ve been through so much line-up and personal change over the time this record was recorded. It’s almost like a chance to hit the reset button for us. We’re still the same band at its core, but it feels like our first proper record.”

“We’ve grown as people and songwriters,” agrees Jacob. “It’s definitely been moving along to this the entire time.”

Though the Narrow Head of 2020 are now solidified as a five-piece, many of these songs actually come from when things were less settled and still evolving. They careen, with fraught turbulence, between despondency and uncertainty, fuzzy guitars and disembodied vocals floating in that jet black abyss of the 12th House. Yet while they capture the internal chaos felt by Jacob at the time he was writing them, these songs also, however inadvertently, serve as an appropriate soundtrack for the state of the world today, as the coronavirus pandemic, police brutality, climate change, systemic racism and the devastating effects of late-stage capitalism – especially in the USA – all bubble over to expose a planet on the verge of implosion. At the same time, it’s an important reminder that our own personal issues are valid as well, and that it’s also essential to look after ourselves and our own mental health in these incredibly trying times.

“It’s not an explicitly conceptual record,” explains Carson, “so there’s not necessarily an unifying or underlying theme, which means it’s hard to discuss the record as to how it fits into some bigger cultural thing right now. But I will say that, in general, it feels like a good time to be putting out music right now, because for so many people, the daily and weekly routine has been so interrupted. And a lot of people’s eyes and ears are open to new things right now.”

12th House Rock might not offer any solutions to what's happening in the world today, but just as its creation was a means of refuge for Jacob, its existence nevertheless offers an escape to anybody listening. It might not be a place filled with much light or joy, but there’s still something hopeful in the void of the 12th House and its mix of autobiographical realism and more spiritual leanings. You may not have gone through the exact same experiences as Jacob, but there’s no doubt you’ll recognise yourself – and your own sufferings – within that void, within these songs.

“It’s all just my personal experiences,” Jacob says. “Sometimes I’m just saying it the way it is, and other times it’s super exaggerated. But whether it’s real or not, it’s not meant for people to really take in any literal sense. I’d really like people to come up with their own meanings and to have their own interpretation of it all.”

That’s something that’ll undoubtedly happen. For while Jacob might not go into intense detail when discussing the record, the music, as the album title suggests, truly is a world of its own – and its emotional weight and power will transport you, whether you like it or not, into the darkest parts of his mind, as well as your own.

12th House Rock is our August 28 via Holy Roar Records.

From Koyo to Pest Control: Higher Power’s Jimmy Wizard on the new bands you need to hear now