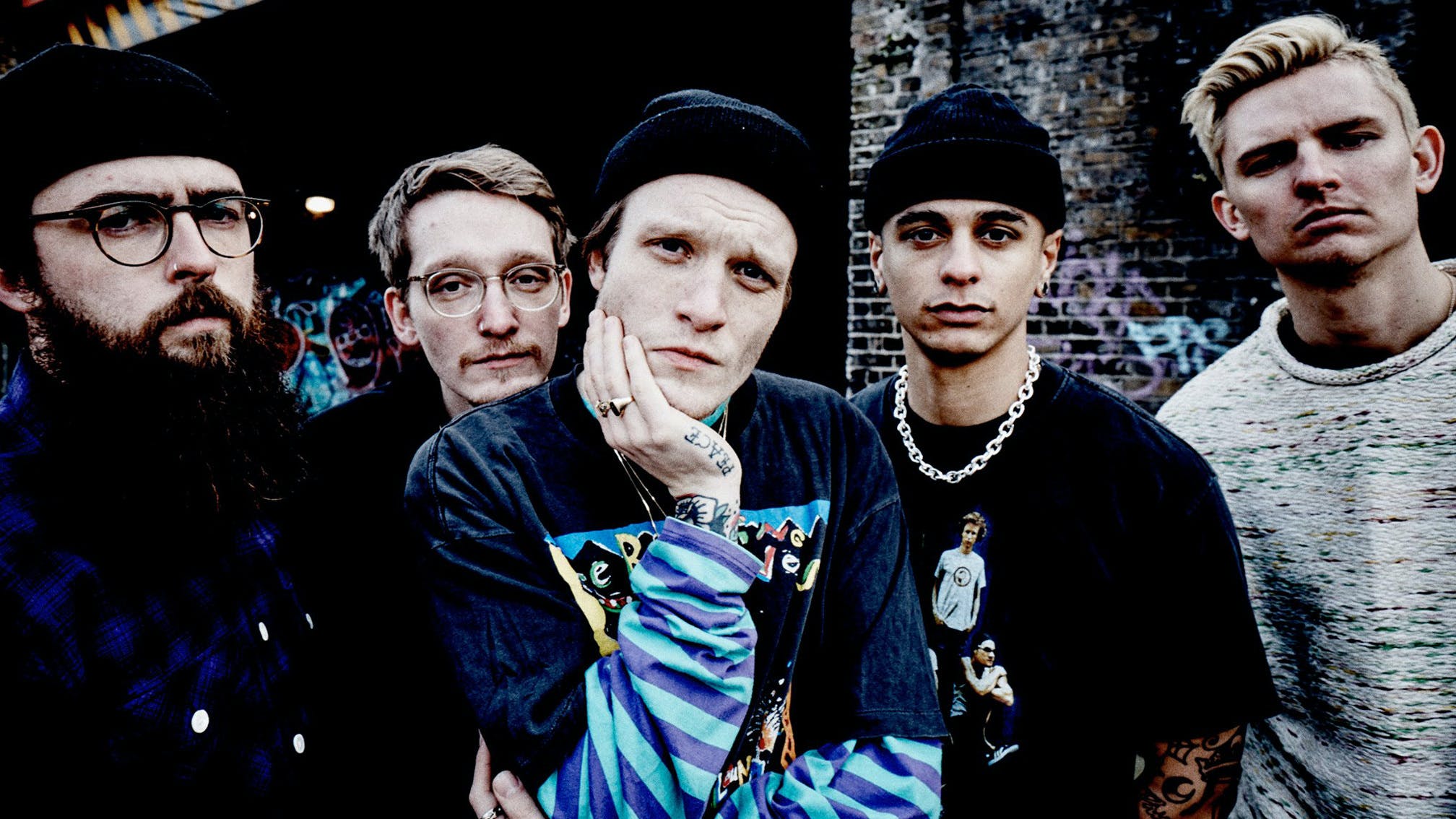 Neck Deep are back! After recently unveiling their very own app with the statement that "we are so excited to reveal a whole world of news very, very soon", the Wrexham gang have kept their promises by announcing details of their new album All Distortions Are Intentional.

To coincide with this huge news, the band have also released the LP's lead single Lowlife, which will perfectly introduce fans into the conceptual world of album number four. Unlike previous Neck Deep records, All Distortions… has a fictional story to tell, featuring the characters Jett and Alice – with the former living in a place called Sonderland.

“It’s that strange existential realisation that you are not the entire world,” explains frontman Ben Barlow of the word 'sonder' – which is mashed up with 'wonderland' to create this name. “Everyone around you feels and lives the same way that you do. You’re just an extra in their story.”

Of new single Lowlife, Ben adds: “Modern music is so much based around ‘the single’ and writing a record isn’t held in nearly the same regard as it used to be. All Distortions Are Intentional presents a whole story, where there is meaning from every angle of it. All of our records have their themes, but I wanted to create characters, scenes, a world, and have it mean something in the real world, too.”

All Distortions Are Intentional was produced by the GRAMMY-nominated Matt Squire (Panic! At The Disco, Ariana Grande, One Direction), and recorded in Monnow Valley, Wales. Due out on July 24 via Hopeless Records, Ben believes that the band's follow-up to the excellent The Peace And The Panic takes a huge step up in every aspect: “Everyone wants to be seen as good at what they do, as creative, interesting, ambitious,” he says. “That’s what we wanted, for people to see that we are more than just some guys in a band. We truly lived and breathed this album, and wove unique perspectives, storytelling, and ideas into its fabric. We have crafted a sound that is ours, it is totally, unapologetically Neck Deep.”

Check out the video for Lowlife below:

The tracklist for All Distortions Are Intentional is as follows:

Read this next: Ben Barlow: The 10 songs that changed my life