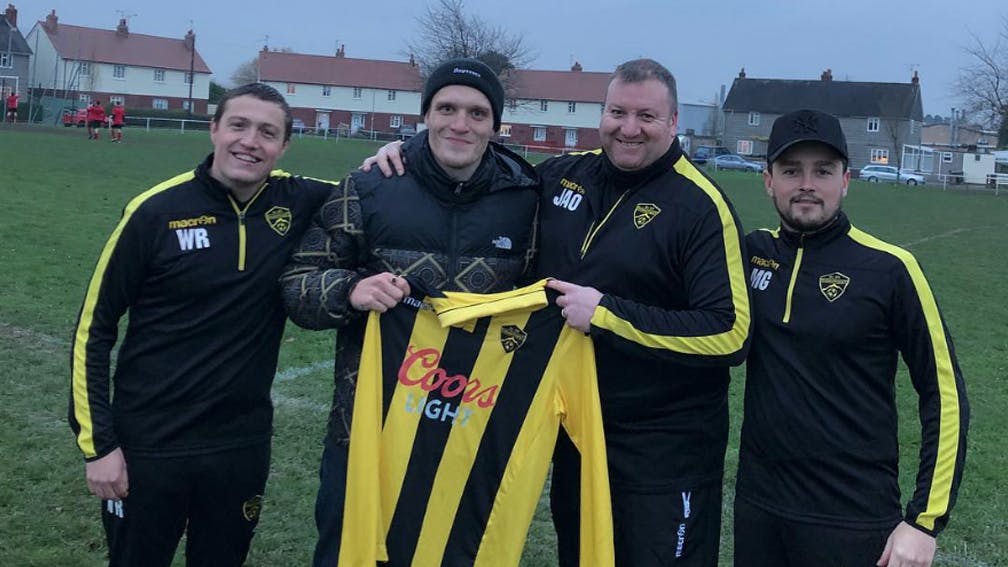 Ben Barlow of Neck Deep has signed to a football club.

While the Welsh pop-punks take some time to write a new record – the follow-up to last year's brilliant The Peace And The Panic – the frontman has announced that he's gonna "hopefully be scoring a few screamers" at the same time for Rhos FC.

"Started playing football again after almost 10 years out," Ben says in an Instagram post. "Today I signed for Rhos FC. Thanks to Jeff Owen and Matt Griffiths for taking me on and to all the lads for welcoming me to the squad. Looking forward to getting stuck in and hopefully scoring a few screamers over the next few months... and writing a record somewhere amongst it all lol. Keep up with results and fixtures over on Twitter @rhoswaspsfc let’s av it."

Looks like we have a new favourite team to support, then.