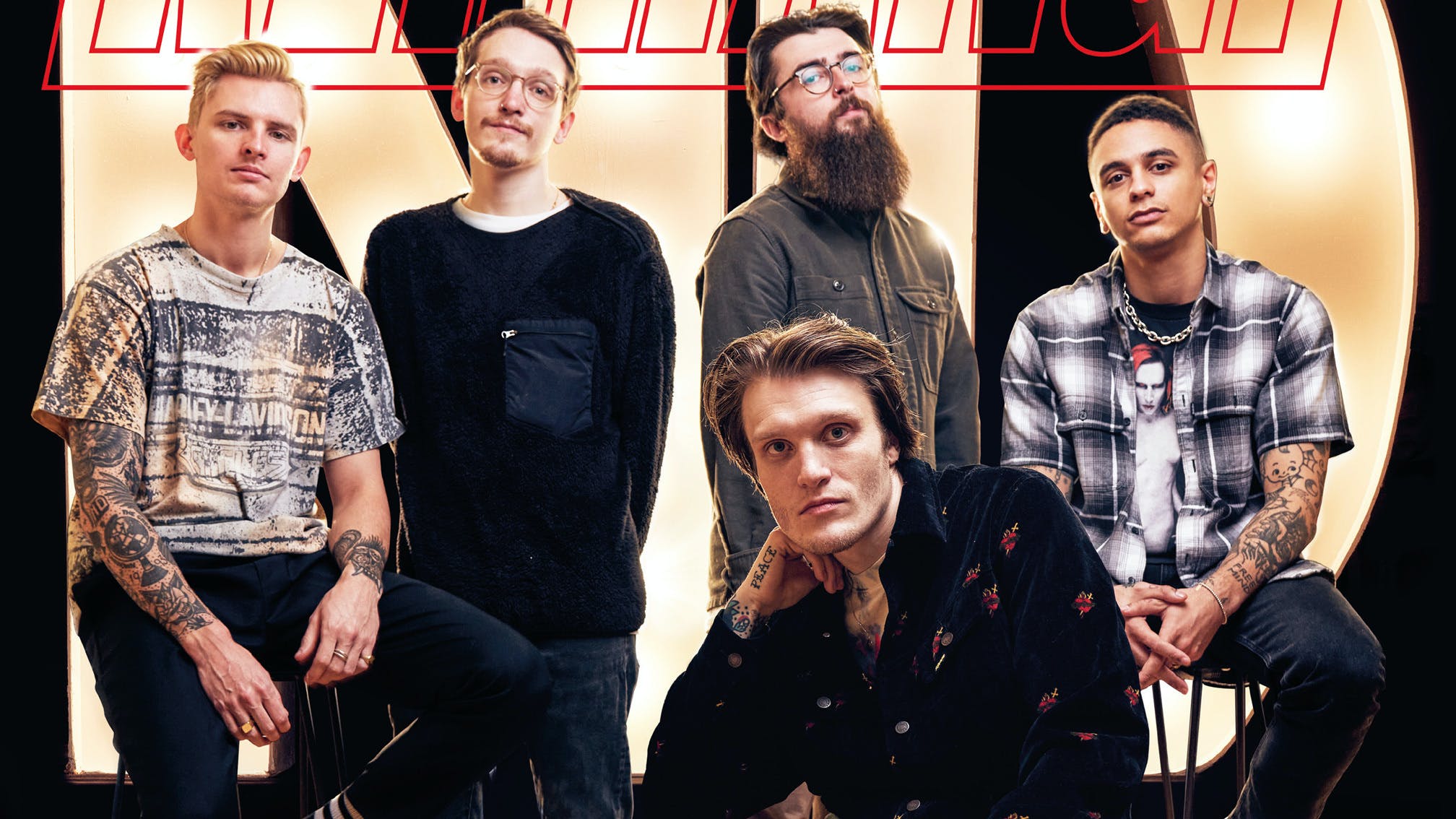 First, they conquered the pop-punk world. Now, they’re creating their own. From deepest Wales to the streets of England’s capital, Kerrang! navigates four months in ‘Sonderland’ for the birth of ambitious new album All Distortions Are Intentional – Neck Deep’s bid to see their name up in lights like never before…

Plus, to celebrate Ben Barlow and co.'s return to the cover, we've teamed up with the band on an extra special offering for Neck Deep superfans: we’re putting out a hugely limited collectors’ edition package containing this week's magazine, complete with a bespoke front cover, and a stunning A2 four-colour process lithographic print, produced on 200gsm uncoated stock, hand-designed by Neck Deep guitarist Matt West.

Kerrang.Newsstand.co.uk is the only place you can order this exclusive package – with worldwide delivery! – so don't hang about if you want to get your hands on one.

**Please note: your print will be dispatched rolled in a heavyweight cardboard tube, separately to your magazine, so you may receive them at slightly different times, depending on how lazy your postman is feeling.

Elsewhere in the issue, we join BABYMETAL on the road as Fox God frenzy sweeps the UK, while Greg Puciato talks The Black Queen, Killer Be Killed and his debut solo LP, and Bush's Gavin Rossdale takes the K! Interview to discuss surviving fame, Hollywood and the tabloid press.

In the reviews section, Pittsburgh terrors Code Orange create the new heavy on their intense, game-changing third album, and legendary rap-metallers Body Count are back – and they're just as aggro as ever. On the live front, PVRIS return at an up-close London comeback, Till Lindemann shows London the true meaning of "shock", and U.S. horror-metallers New Years Day celebrate Ash Costello's birthday and more…

All this and more is available in the new issue of Kerrang!, which you can get anywhere in the world through Kerrang.Newsstand.co.uk. But for UK residents, it hits the shops on Wednesday, March 4 from all good newsagents.