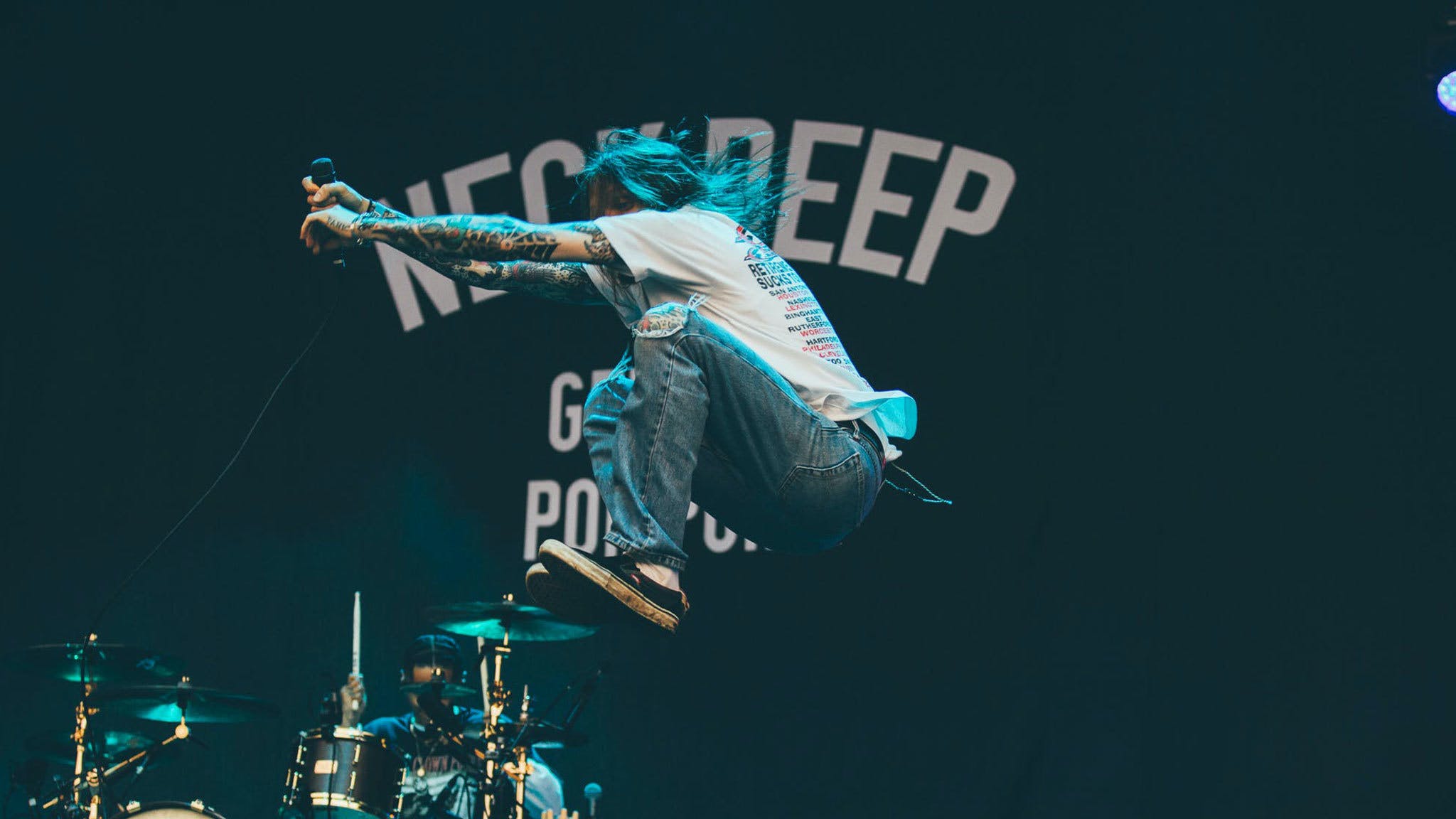 Following last week's brilliant news that Neck Deep will be headlining Slam Dunk (for the first time ever) alongside Sum 41, Alexisonfire and Dropkick Murphys, frontman Ben Barlow has shared what else the Wrexham pop-punks have got planned for 2022. And, spoiler alert: they've got a lot of ideas.

Of course, while the band haven't yet been able to tour latest album All Distortions Are Intentional in the UK since its release, that will be rectified next month on their eight-date run with Wargasm, Higher Power and happydaze (get your tickets here). Beyond live shows, though, they've also set their sights on new music, with Ben confirming to Kerrang! that Neck Deep have started writing.

“It sounds like Neck Deep!" he enthuses when asked what fans can expect. "That’s really the best way that I can explain it. We’ve learned a lot from the last record – both good and bad – and we’re just going to keep doing our thing. It’s about not overthinking it too much, and keeping being ourselves. Hopefully people like it. I think they will!”

Touching on what might be going on lyrically, and whether it addresses the darkness and uncertainty of the pandemic or is "more of a colourful reaction to what we’ve all been living through", Ben explains, “I’d say it’s definitely more of a reaction. I don’t want to get too bogged down in the times that we’re in.

"It’s still in the early stages, but from what we’ve got so far, I think it will speak to people in the same way that Life’s Not Out To Get You did, but also in the same way that The Peace And The Panic and All Distortions… did, too. It’s a nice mix of messages that’s been developing over the last 10 years. Whether that’s to be positive and have a strong outlook on life, or to maybe dwell on life and sadness, being able to cover all of those different emotions, and tying them into where we fit into society and the wider world today, is what I’m going for.

"New music is about making you feel a certain way, and hopefully lyrics sum up your thoughts and feelings in a way that you’ve not articulated, or even thought about, before.”

As for when it might all be ready? “It’ll happen when it happens," says the singer. "We’re ready whenever, but it can’t just happen whenever. Work does begin in earnest pretty soon, though, and hopefully there’ll be something special in time for Slam Dunk. Beyond that? Hopefully we’ll have an album out at some point in 2022. I can’t say when exactly, not because it’s classified information, but because we’re taking our time. I can say, however, that we’ll definitely have some new songs out this year.”