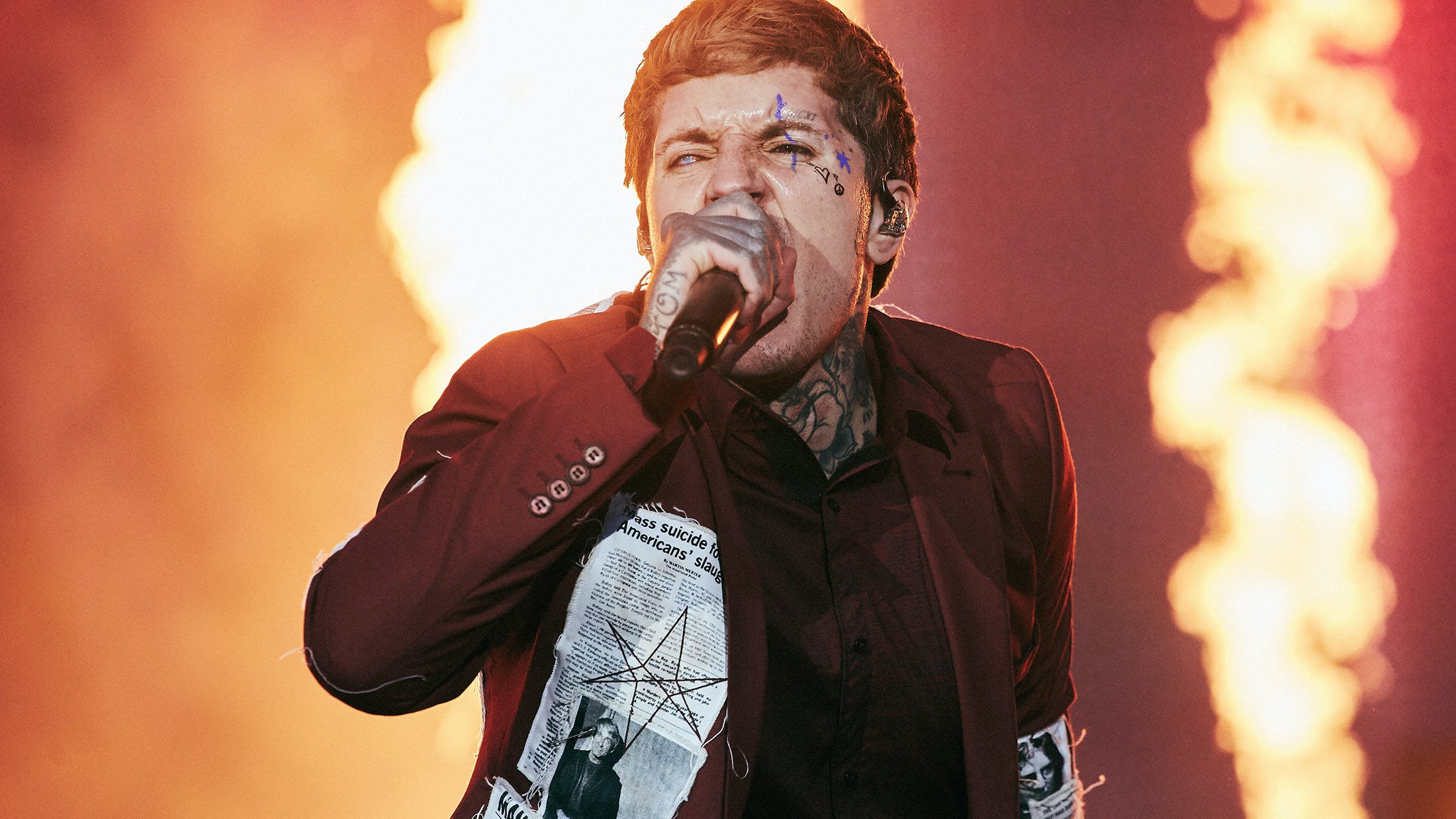 As far as invitations to get involved and throw yourself in the pit go, they don’t come much more British than "Don't be a wanker" – Oli Sykes’ amiable words during Bring Me The Horizon’s headline blowout at All Points East Festival last Friday.

The career-spanning set displayed all the hallmarks of a mainstream rock spectacle. A two-tier stage with walkways. Giant screens. Costume changes. Guest appearances. Backing dancers. Yet as the Sheffield mob welcomed Architects’ Sam Carter onto the stage to help disinter The Sadness Will Never End from 2008’s Suicide Season, a striking thought occurred: Ten years ago, it would have been unthinkable to hear a British band play a song this heavy, on a stage this big.

Let’s face it; we have it pretty good at the moment. Off the top of your head, name the last few rock bands that blew your mind. Think about the last gig you went to and had the time of your life. Check your heavy rotation playlist for the song or album that you've been obsessed with recently, so much so that your friends have started tuning out whenever you start talking about it. Chances are, at least one of the bands you're thinking of are from the UK. It's become almost cliché to observe that we are currently living through the most exciting time in British rock in years, yet as with most clichés, there is a kernel of truth.

This Kerrang! writer came up during the dark days of the noughties indie boom. Biffy Clyro had yet to even sniff a festival main stage and Muse were about to disappear into a space opera wormhole. The clearest memory I have from my first festival, Reading 2007, is walking away from the Friday night headliners among a nomadic group chanting, “Bollocks to Razorshite.” Razorlight were, and still are, bollocks. Yet if you were to turn on the TV or radio, it seemed that the only way a young British rock band could gain any kind of popularity was to strap on a Telecaster, squeeze into a pair of skinny jeans and sing about a girl, being from a town or going on the lash with the ladsladslads. You could still find groups that possessed ambition, emotional grit, and more than one distortion pedal, but you certainly couldn’t fill a festival bill with them.

On a small scale, the line-up that Bring Me curated for All Points East reflected a sea change. The bill embraced diverse flavours of rock from grindcore to pop-rock and most points in between. Employed To Serve and Glaswegian hardnuts Lotus Eater delivered lessons in brutality that have been threatening to boil over from the underground for a while now. Scarlxrd pulled at the threads of what ‘heavy music’ even means, with bloodcurdling screams and confrontational energy that are impossible to deny. And whatever you think of the pop experimentalism of amo, Bring Me’s willingness to take creative risks and refusal to kowtow to convention is what makes them such a compelling force.

Yet wandering between bands you also sensed constructive, progressive attitudes taking root. As Gone With The Wind subsided, Sam Carter took a moment during Architects' blistering set to stress the importance of not suffering in silence, especially when confronted by all-consuming depression or grief. “There’s no right or wrong way, but the one thing you can do is reach out to someone – a friend, a family member, or doctor,” he pleaded. “Don’t become another statistic.” Earlier in the day, IDLES celebrated male emotions (Samaritans), while the raucous crowd embraced each other to roar the name of Ukrainian immigrant and Heavy Lungs singer, Danny Nedelko. Emphasising the necessity of compassion and togetherness between people is far more important than singing about going out on the piss.

It’s a spirit you could see extended to fans, as well. Those wearing hardcore longsleeves were moshing and chatting away with indie kids sporting Fontaines DC t-shirts (let's not forget our Irish cousins). The tribalism between genres may be dissolving, but the sense of connection between people who love the same music is still rock solid. It is the camaraderie and support that fuelled While She Sleeps’ crowdfunded album You Are We, and has allowed them to continue, fiercely independent and stronger than ever. Meanwhile, Brady Deeprose of Conjurer could be seen headbanging and cheering on his pals in Employed To Serve. And when Oli Sykes invited James Mclees of Lotus Eater onstage to tear through Antivist, it sent a clear message: The future of British rock is brighter when we build one another up, instead of tearing each other down.

When Oli and Sam Carter were looking towards All Points East, Oli told Kerrang!, “I’ve always said: you need more than one good band to keep a scene alive. That’s always been my fear with metal and hardcore, that question of, ‘Are there going to be enough bands to keep kids into rock?’

He can rest easy. Whichever direction you turned last Friday, you could see that rock is not only alive, it's bouncing around and heading straight back into the pit.