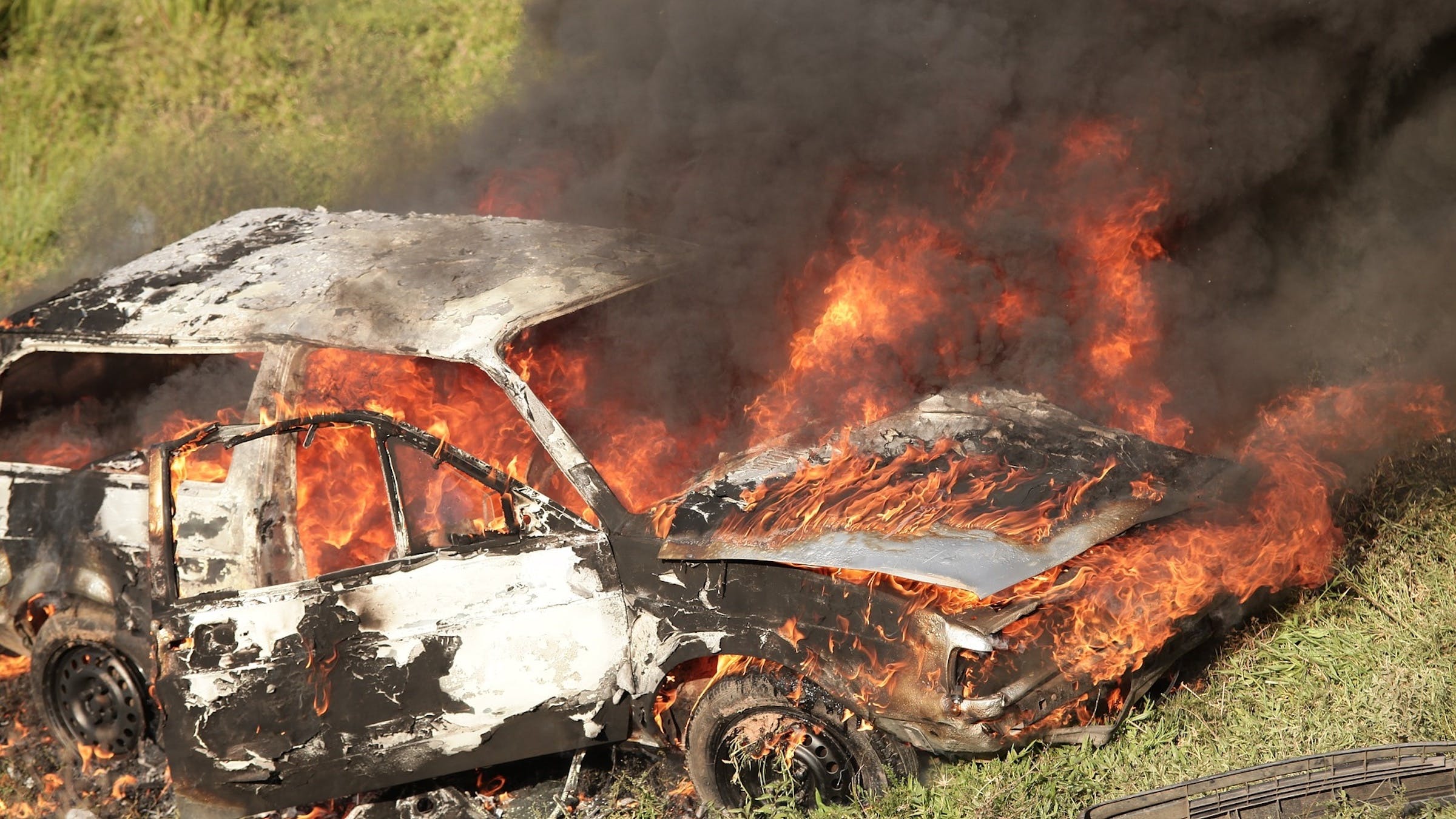 Every metal fan who's ever been behind the wheel has experienced it: your favorite song comes on the stereo, a spike of adrenaline hits you, and bam, you're doing 150mph in a school zone. But is that really heavy metal's fault, or is it just about listening to music that gets you amped while driving? Now, iAM Roadsmart has done a new study using music from various genres to determine whether or not they affect driving ability -- and yeah, it might be metal (though in its defense, classical music may also be to blame).

The study, performed by iAM Roadsmart and Auto Express, put a driver in a simulator, and had him first do a two-lap control run involving various turns and gear changes, and then do the same run while listening to different songs. The tracks used in the experiment were Taylor Swift's Shake It Off, Bach's Goldberg Variations, Kendrick Lamar's Humble...and Slipknot's 1999 album opener (sic).

The results, according to iAM Roadsmart, were as follows: "Tristan [Shale-Hester, test driver] was a staggering 14 seconds slower and his throttle movements were far more jagged while listening to the metal compared to the control lap, and admitted listening to Slipknot made it harder to concentrate on the circuit layout.

"Tristan made his next attempt listening to classical music, with the dulcet tones of Bach’s Goldberg Variations on his headphones. But while Tristan’s driving was better with Bach than with Slipknot, he was 12 seconds slower than his control lap, dropping his speed to just 35mph in a 50mph zone without noticing.

"Then came Shake It Off by Taylor Swift. Tristan’s time when listening to the bouncy pop classic was only two seconds slower than his control time, and IAM RoadSmart expert Tim Shallcross said that it was on this test that Tristan’s laps were 'smoothest in terms of speed consistency.'

"Finally came the complex hip-hop song Humble by Kendrick Lamar; although driving to this helped Tristan to a time just one second slower than the control lap, it caused him to overshoot the finish line by four car lengths – a potentially dangerous 60-70ft."

It should be noted that the study doesn't mention whether or not Tristan has ever been a fan of metal before. Slipknot is an extremely loud, angry band, so if you're not used to that kind of stimulus, of course it's going to make it harder for you to concentrate. The same can be said of Bach, which is very complicated music. Meanwhile, Taylor Swift and Kendrick Lamar are artists you hear everywhere, so they might be a little easier to ignore or zone out while listening to.

That said, between this and the driver who blamed his speeding ticket on Mötley Crüe's Kickstart My Heart, it's hard to ignore the evidence that metal might not be the best music to drive to. So metalhead motörists, please drive responsibly...at least if you think there might be a cop around.