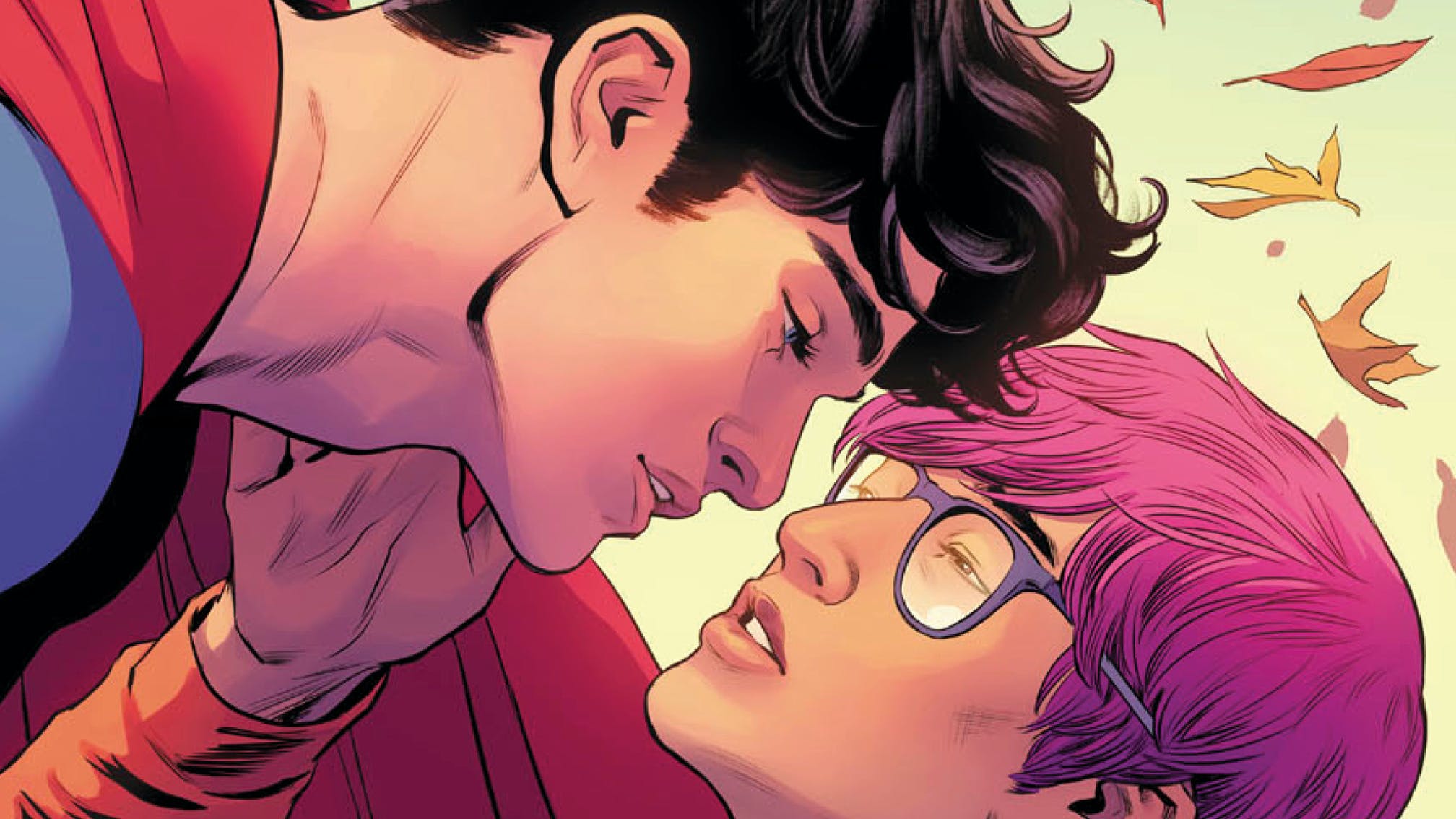 DC Comics have shared the first look and preview at November's Superman: Son of Kal-El #5, in which the new Superman of Earth (Jon Kent) comes out as bisexual.

Jon – the son of Clark Kent and Lois Lane – will "find his identity" in the new comic, falling for a reporter (just like his dad) in the form of Jay Nakamura. The pair will "be romantically involved" in the comic, with writer Tom Taylor enthusing of this direction for the hero: "I've always said everyone needs heroes and everyone deserves to see themselves in their heroes and I’m very grateful DC and Warner Bros. share this idea.

"Superman's symbol has always stood for hope, for truth and for justice. Today, that symbol represents something more. Today, more people can see themselves in the most powerful superhero in comics."

Artist John Timms adds, "I'm incredibly honoured to be working beside Tom on the Superman: Son of Kal-El series showing Jon Kent tackling his complex modern life, while also saving the world from its greatest threats, villains and menaces."

DC Chief Creative Officer and Publisher Jim Lee states that DC "couldn't be prouder to tell this important story", proudly adding that fans can enjoy Jon's more personal side in the comics, as well as learning the "secrets of his family on TV on Superman & Lois".

Superman: Son Of Kal-El #5 is set to hit comic stores on November 9.