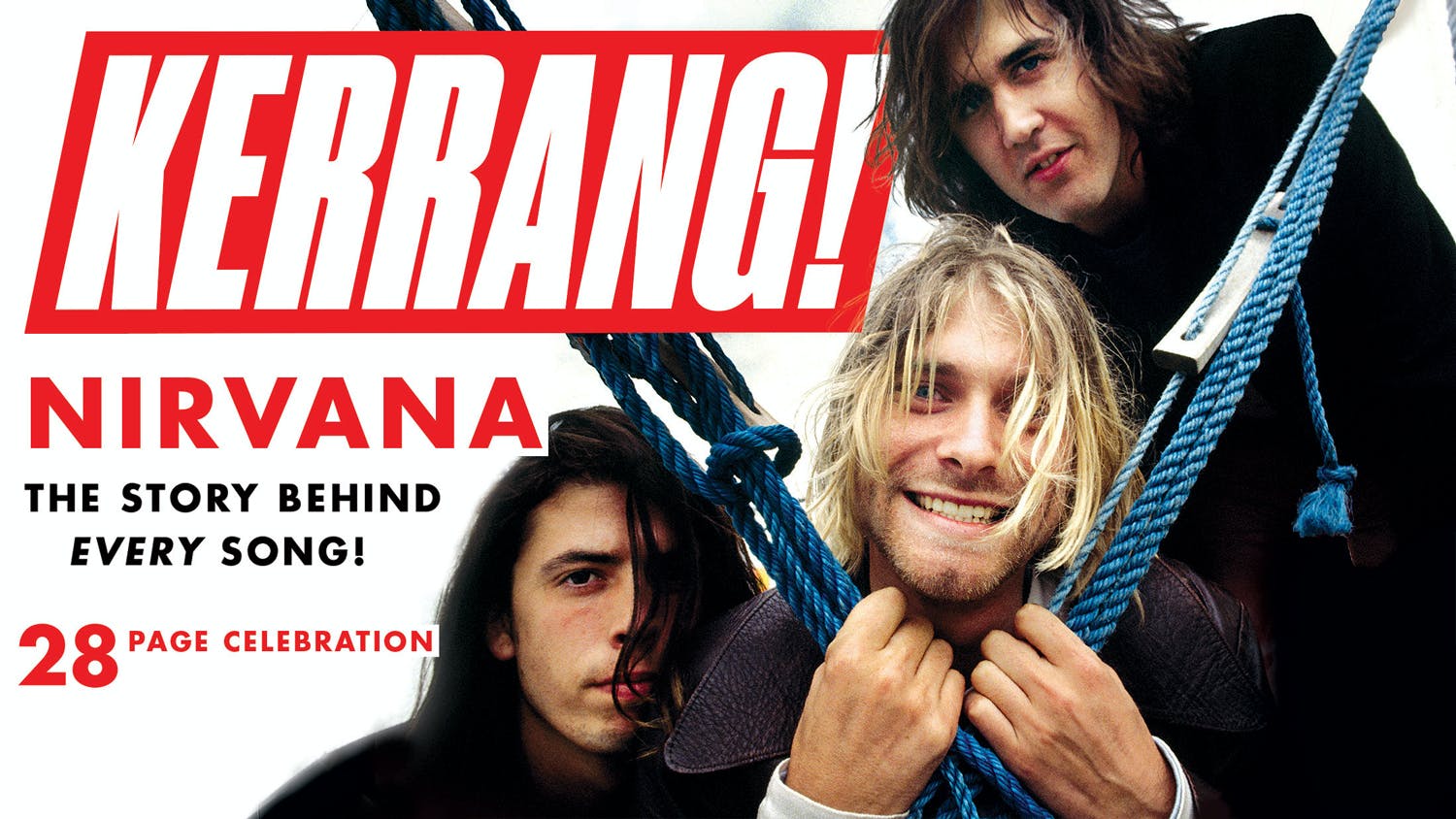 Kurt Cobain was a songwriter who defined an entire generation; a man who laid bare his innermost thoughts and feelings in his words and music. Twenty-five years on from his passing, we take an exhaustive deep dive into his lifetime’s work with Nirvana – song by song, story by story, secret by secret…

Plus, if you’ve any energy left over from reading our exhaustive account of every single Nirvana song ever, use it to hang up this beauty of an art print – a recreation of the poster advertising the final nirvana show – in your home!

Elsewhere in the mag this week: Robb Flynn spills all on 2019's most surprising reunion with Machine Head; Frank Carter talks through his life in Gallows and The Rattlesnakes in our career-spanning K! Interview, Bring Me The Horizon's Jordan Fish unveils his one true love (spoiler alert: it's nu-metal); and Andy Black tells us some hilarious secrets and stories.

In the reviews section, meanwhile, Toronto gang PUP play a game of Catch Me If You Can with the Grim Reaper on their ace third album, while metalcore heroes I Prevail return with a bold – if flawed – second record. On the live front, Panic! At The Disco scale new heights at their gloriously OTT arena spectacular, YONAKA stun at an awesome sold-out show, and Welsh post-hardcore princes Holding Absence come of age in incredible fashion.

All this and more is available in the new issue of Kerrang! – which you can get anywhere in the world when you order online through Kerrang.newsstand.co.uk. But for UK residents, it hits the shops on Wednesday, April 3 from all good newsagents.