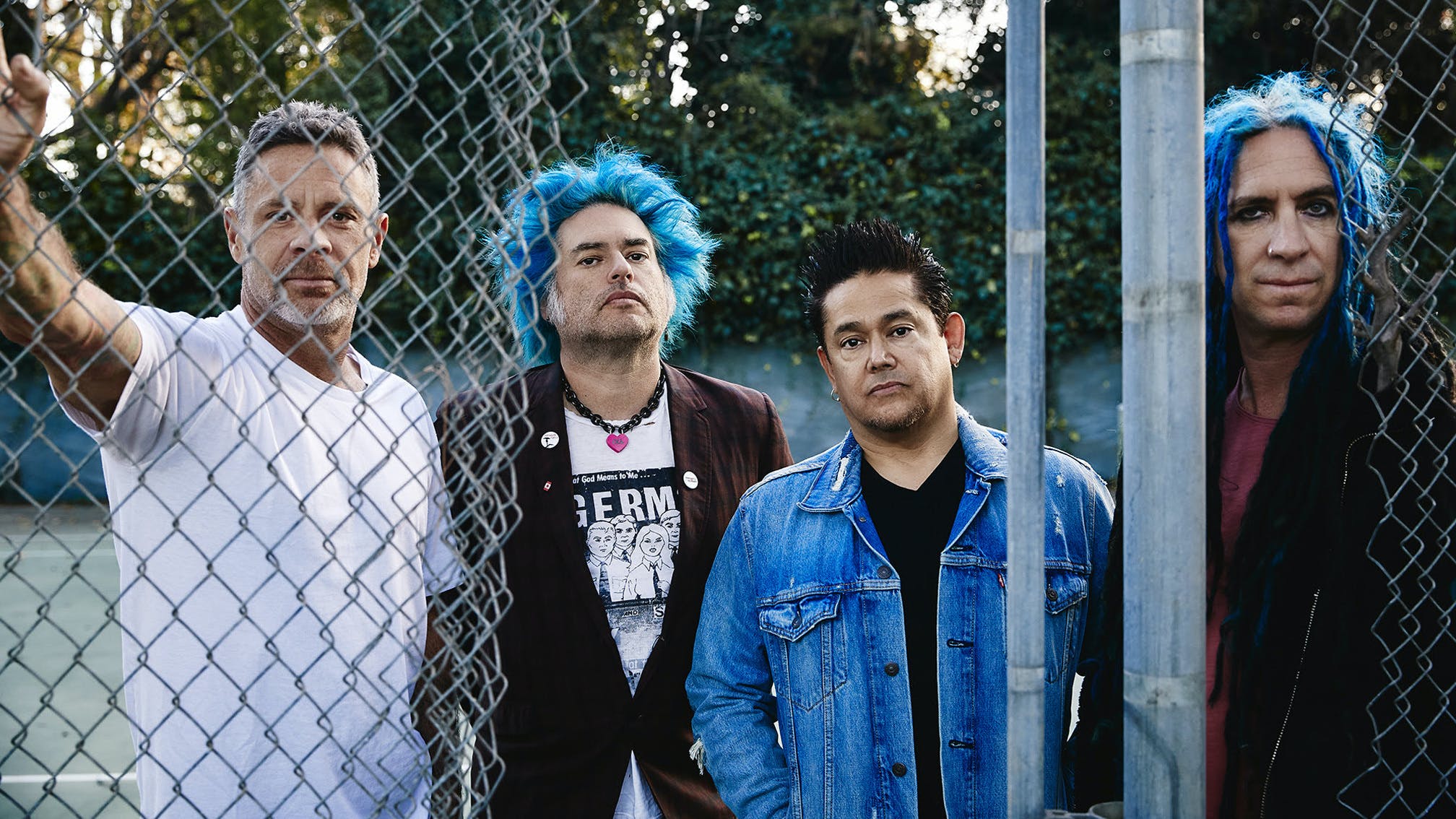 To mark the announcement, the band have unveiled lead single Linewleum, inspired by Punk In Drublic opener Linoleum and featuring fellow Californians Avenged Sevenfold both on the track and in the video.

"I have no idea why Linoleum is the NOFX song that is covered by so many bands while other NOFX songs get hardly any attention," says Fat Mike. "Linoleum wasn't a single, it had no video, it got no radio play, and most importantly, it didn't even have a chorus!!! All popular songs have choruses! WTF!

"One night I stayed up till 4am checking out all the different versions on YouTube," he continues. "Watching hundreds of bands from over 28 countries (mostly Indonesia) doing Linoleum was a humbling experience for me. So I decided to write a song that was a shout out to all those people that learned those four chords and remembered the non-rhyming lyrics.

"Then I asked the biggest of all the bands, Avenged Sevenfold, to play some leads on the song. Then [A7X frontman] M. Shadows suggested we do a video together. Then I figured I should put all of the bands in the video. Well, I couldn't fit all the bands, but I picked a bunch of cool ones! A song about not playing a song that's not a hit song with a video about other bands covering the song! This is why I love punk rock writing punk songs. Rules out the door!"

Linewleum is just one of 12 songs that make up Single Album, with NOFX revealing they worked with Bill Stevenson and Jason Livermore on the full-length. Originally planned to be a double album, Mike reveals that COVID-19 changed that last year.

Single Album is due out on February 26, 2021 via Mike's Fat Wreck Chords. Check out Linewleum below:

And the artwork for Single Album looks like this:

Read this: NOFX’s Fat Mike: ​“This is end-of-the-world shit. It's what you get for having a country of totally stupid people”