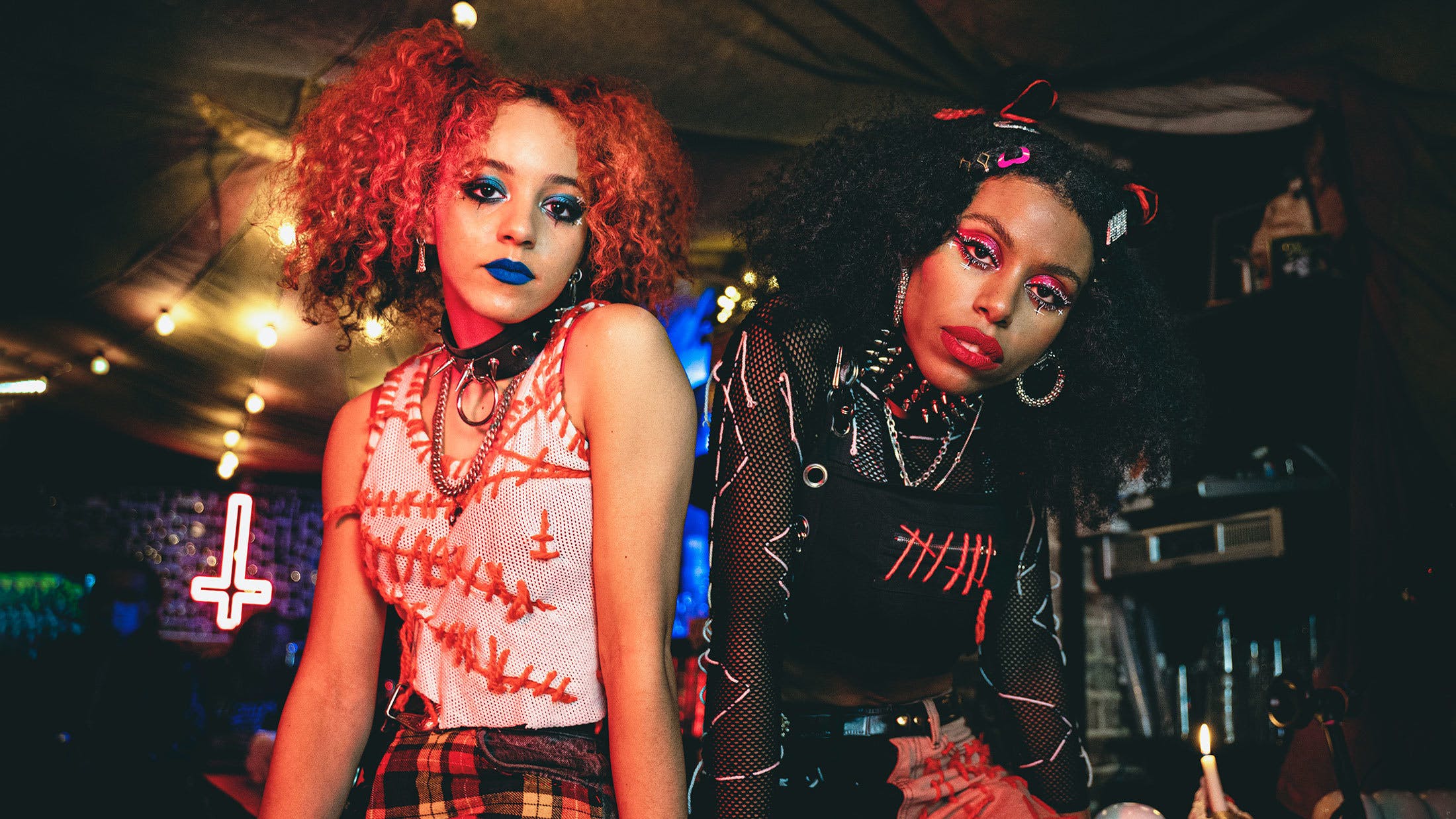 Fresh off winning the Best British Breakthrough Award at the Kerrang! Awards last month, the genre-mashing pair have been recognised by the Mercury Prize for their superb sophomore album Supernova.

"Words can’t describe how we are feeling right now. When we first started our band we would often discuss our dreams and aspirations and the Mercurys was high up on that list," said the band on Twitter. "We hold Supernova very close to our hearts, so being seen as one of the 12 best albums this year is insane. To be the first black women to be shortlisted in Rock & Alt Music is a testament to all the women that pushed the scene forward before us, creating a space for us."

"Supernova sees Nova Twins burning brighter than ever with their gloriously self-made sound," we said in our big review. "It’s no surprise that the English duo have supported fellow trailblazers Bring Me The Horizon and Little Simz during their reign as one of the UK’s most ingenious new rock bands. Supernova basks in its own raw originality and kicks any naysayers to the curb with its unforgettable impact."

Nova Twins have been nominated alongside the likes of Harry Styles, Wet Leg and Yard Act, in a celebration of new British and Irish music.

"Getting down to 12 albums this year was not easy, simply because there were so many remarkable ones to choose from," say the Mercury judging panel, which includes Kerrang!'s own Phil Alexander. "That serves as proof that British and Irish music thrives during unsettled periods in history, with the albums chosen covering everything from imaginative pop to pioneering rap to Cornish language folk-rock. We feel that these 12 amazing albums each have something to say artistically and socially, all in their own unique, enriching ways. Now comes the really hard part... choosing only one overall winner."

The winner will be announced on September 8. Check out the shortlist below:

“I served Jamie Cullum a spring roll once…”: 13 Questions with Nova Twins

From salty cakes to lookalike ghosts, Amy Love and Georgia South of Nova Twins face our mysterious – and hilarious – 13 Questions…