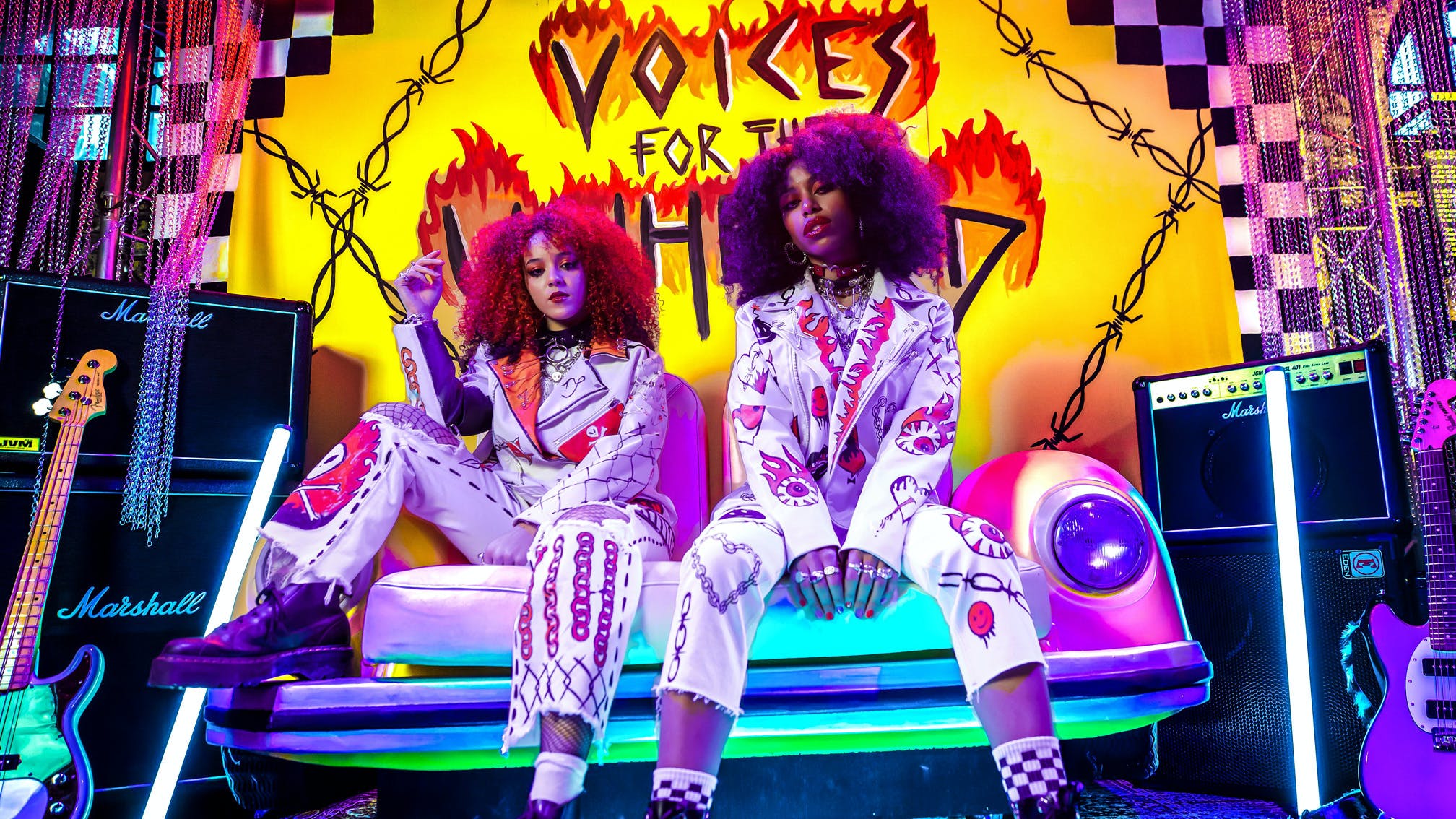 The band – vocalist/guitarist Amy Love and bassist Georgia South – are featuring brilliant songs by the likes of Loathe, Oxymorrons, Big Joanie and more in Voices For The Unheard, a limited-edition 12-track vinyl album brought to life via Dr. Martens Presents that will raise funds for The Black Curriculum (pre-order it here).

Additionally, Nova Twins will be hosting a Voices For The Unheard livestream conversation tonight (February 4) at 7pm via Dr. Martens' Instagram channel.

Read this: Nova Twins: ​“So much of this world is optimised for men, to the detriment of 50 per cent of the population…”

Speaking to NME about the project, Amy explains: "There’s a lack of representation and understanding of POC alternative artists, particularly in the UK. People are happy for black people to be in R&B and hip-hop because they feel like it’s safe and that’s the done thing. These are genres that black people have pioneered, but there’s a lack of education about how rock was also pioneered and helped to move forward by artists like Sister Rosetta Tharpe. The genre was carried by a lot of white men, but a lot of the POC artists got lost along the way.

"People don’t think we belong here. We get loads of stereotypes. People think that we’re R&B or dancers. We just want to create an eye-opening experience for the gatekeepers to understand that this isn’t going anywhere and see what’s really going on out there. In pop music, the headliners at big festivals reflect what’s happening today. That doesn’t happen in rock music. If people want rock music and the live industry to survive then they need to diversify."

Check out the Voices For The Unheard vinyl tracklist:

The full Voices For The Unheard playlist can be streamed below: