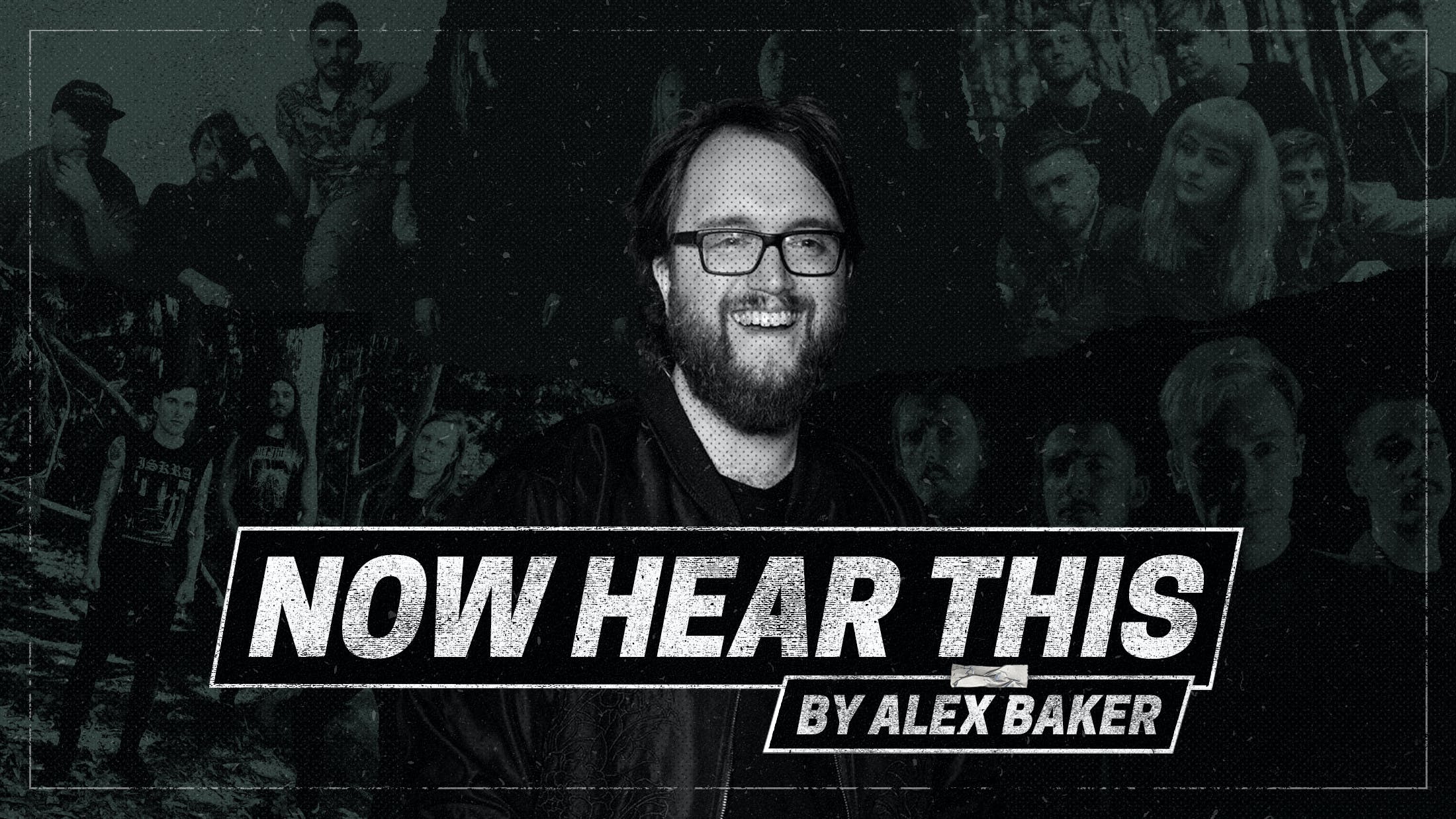 Not gonna lie to you, mates, I am absolutely fucking exhausted at the moment. We’ve recently welcomed Baby Number Two into the Baker household, and there’s not enough coffee and metalcore in the universe to keep me awake! Even Parkway’s Boneyards isn’t energising me at the moment, and that’s my go-to life bringer. Still, there’s something quite comforting about being awake at 3am, headphones in, listening to black metal as the world sleeps (apart from my baby).

From the north of the UK comes an anti-facist black metal band who, like so many great black metal bands, manage to create a sound that is simultaneously luscious and blisteringly heavy. Their latest album Behold Sedition Plainsong is by no means brand new, but the lyrical content, the attack on obsessive-consumerism, our never-ending march into debt, and the omnipresent threat of total collapse at the hands of our inability to look after our gift of a planet all feel even more relevant and vital right now than ever. Fans of Svalbard will love these guys, and I am playing the bejeezus out of them on my show on Kerrang! Radio, so come and get it.

Talking of the show (“When are you not talking about Fresh Blood, Alex!?”), a band that have been a firm-favourite of mine for quite some time are London’s Cheap Meat. Because life can be a total douche-canoe, for a variety of reasons it’s taken these guys a while to release their debut album, but HUZZAH! It has finally landed and it’s as bloody magnificent as we all hoped it would be and it even has a timely title: People Are The Worst.

You know in American movies and TV shows, when people go to a bar or a club and there’s a band playing onstage and everyone in the crowd is dancing around? Not moshing, not headbanging, but actually dancing? Cheap Meat make music that makes that not seem far-fetched – guitar-laden, Weezer-esque, danceable jams. Weirdly the (incredible) music video for their song Eddie & Valerie kinda recreates that vibe.

High Wycombe is home to many wonders – a cave network with the most metal name ever: The Hellfire Caves; a branch of the ever-reliable Noodle Nation; UK rock heroes Young Guns; and even one of the Little Mixers (true story). Over the years I’ve played so many great bands from the area and seen so many bands there too (Don Broco over a decade ago was a highlight). Basically High Wycombe has a music vibe.

It’s little surprise, then, that one of the most exciting bands on the UK circuit right now hail from the market town: introducing As Everything Unfolds. Their debut album Within Each Lies The Other drops in March of this year, and watch this space, because that release will provide a focal point of a very significant period in their career. Setting aside their obvious talent and the cinematic hugeness of their sound for a moment, at the core of the forthcoming success of this band is a simple truth: they write bloody great songs.

From Sorrow To Serenity

Scotland’s From Sorrow To Serenity have been a mainstay of my show since they released their album Golden Age back in 2017, and over the past half-decade they have honed their already gargantuan sound with every single release. Musically there is just so much to love – listen to songs like Supremacy on their last album Reclaim and get lost in the inventive riffs, the groove, the harsh-edges, the breakdowns. It’s a wave of crushing brilliance that you’ll just love.

Their latest song Shadows places the vital topic of mental health front and centre. Listen to it, absorb it, and take the time to ask yourself who in your life might need a bit of extra help and support during the utter shitshow that is 2021.

I’ll leave you this time around with you something as dark as the centre of a black hole. There is very little beauty in this, just inescapable despair, screeching dissonance and the sort of apocalyptic, overwhelming rage that you’d anticipate from a band that are called Humanity’s Last Breath.

The new album from these Swedish ear-destroyers is imminent, it’s called Välde and it’s cruel. Great!

Meet another lot of DIY indie punks that are getting us all excited! Cheap Meat celebrate new record deal with a brand new single..