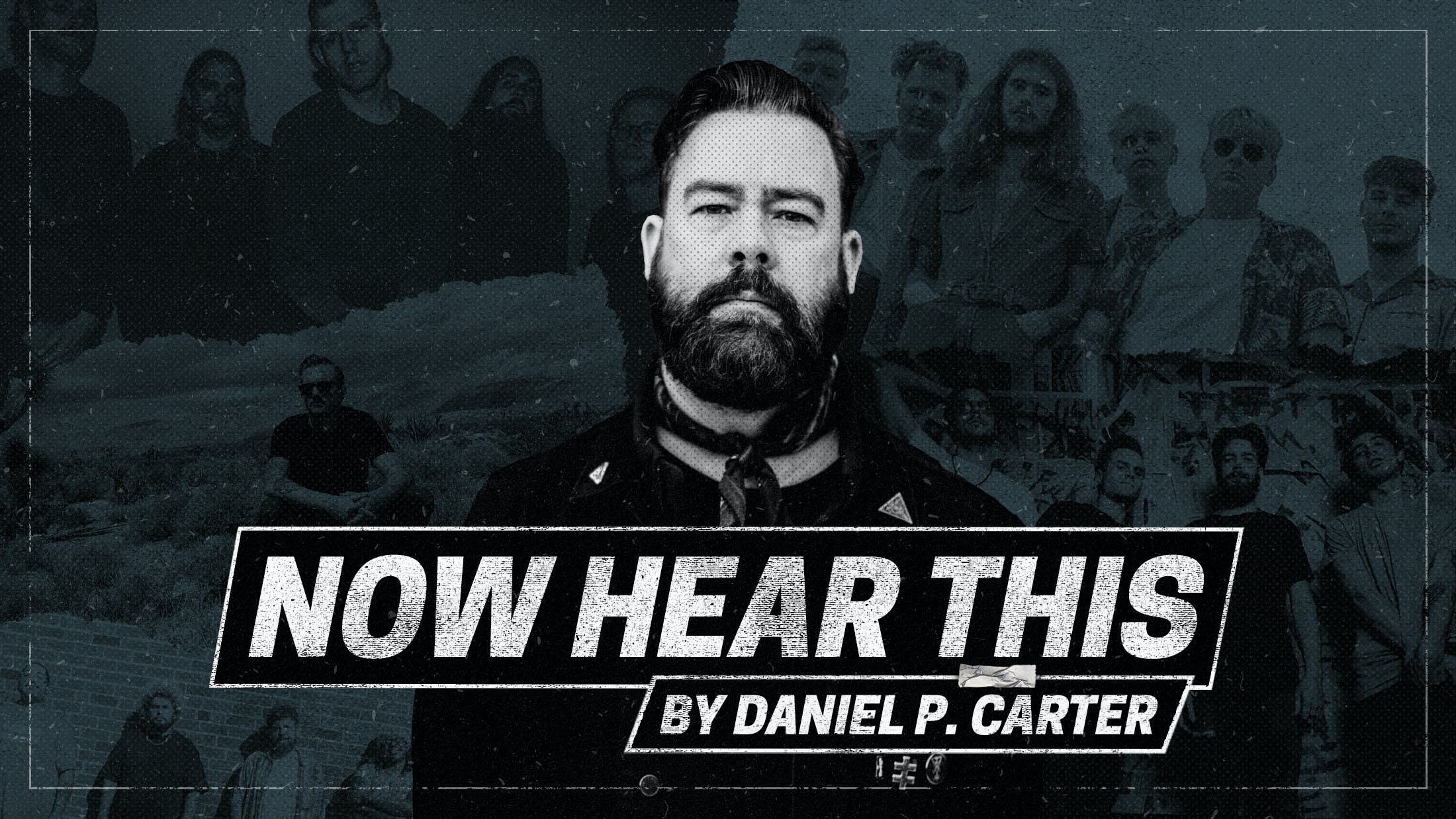 Hey everyone, I hope you all cool and staying safe and sane. Pretty much everything is going to shit, but at least we have music. And with that in mind, here are a bunch of new things that I think are cool and I’m supporting on my show...

Songs To Yeet At The Sun is an incredible title for an EP, definitely one of the best this year. The music Soul Glo rip on their new EP is also rad. Careening from breakneck fast hardcore to hip-hop and punk rock in an effortless fashion is a beautiful thing that’s rare to be able to pull off without sounding try-hard, but they rule and make it look natural and easy. It’s coming out on Jeremy from Touché Amoré’s label, Secret Voice, at the start of November.

Oh you want some new nihilistic angular hardcore to scream along to as everything slowly implodes in on itself? That’s cool. Go get the new album Underperformer from Denmark’s Eyes. It just came out on Indisciplinarian Records and it's ace. It made me kinda think of old stuff like Botch or Minús mixed with new stuff like Vein, but it's definitely its own jam. Aggro Scandi noisecore is just what the doctor ordered. Along with facemasks and washing your filthy hands.

Jools are a Leicester-based sextet that took their name from suave TV host and boogie-woogie piano whirlwind Jools Holland, after the band Shame played on his show. I had newest track How Can Some Experience What Pride Is Without Liberation For All as track of the week on The Rock Show a couple of weeks ago and its soooo good. Art-punk indie-rock that is as smart and heartfelt as it is hooky and slamming. It's ace and when there are gigs again, I’d like to see them playing with IDLES. Gotta put these things out there…

The new jam from Dead Poet Society is called .intoodeep, and sees the Los Angeles-based indie rockers dialling up the guitars and groove to a level that is gonna make Royal Blood fans wig out. If you like modern alt.rock that has the vibe of Josh Homme armwrestling Jack White, then this will float your boat for sure. A new album looks like it’ll be here by the start of 2021 and promises to be quite the banger…

The debut album from Spirit World, Pagan Rhythms, is a blistering, blackened and sample-strewn soundtrack to a book of collected short stories by Las Vegas polymath Stu Folsom. Not only did he write the music, lyrics and play most of the stuff on it (along with help from former Mars Volta drummer Thomas Pridgen and Apiary drummer Adam Elliot) he also did the artwork for the album. It's like a shit-kicking steamroller of Slayer infused riffs, barked vocals and movie samples. Imagine if Hatebreed had a fixation on Hell Awaits, ’80s Christian Satanic panic rhetoric and Rosemary’s Baby, and you’re getting the picture. It pretty much ticked all the boxes for me. Fans of Power Trip and Satan, pay attention.

Watch the video for Soul Glo’s electrifying new single Jump!! (Or Get Jumped!!!)((by the future)), taken from their upcoming fourth record Diaspora Problems.

Philadelphia’s Break Free Fest is a sanctuary for punk diversity