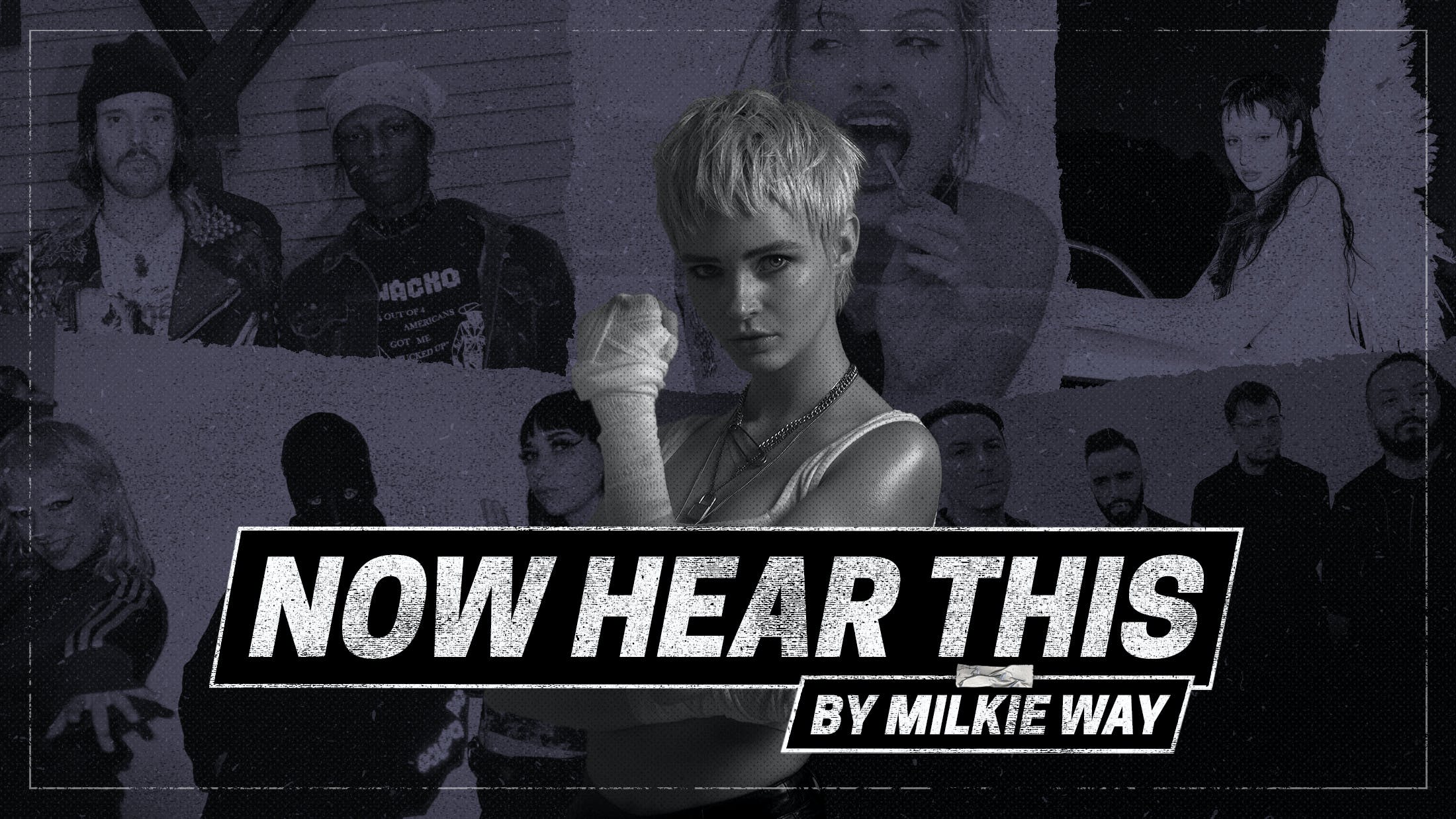 It’s important to keep a focus on new music right now. As lockdown goes on and life feels like it’s still on hold, it’s so easy to just feel nostalgic and listen to the artists that we already love rather than seeking out fresh bands. I certainly have, spinning Aerosmith and Britney Spears. But this is such an interesting time for rock music. We’re into April now and we’ve had loads of rock acts hit Number One in the UK album charts already. That’s fucking mental, and if it’s not a sign of the times, I don’t know what is.

As a new band ourselves, the majority of upcoming artists that really stick with me are either ones that WARGASM have played with live or ones with whom we’ve collaborated. We’ll have people reaching out to ask if we’d be interested in working together, which is quite often the first time you’ll be introduced to them and their music. It’s such a wholesome, humbling way to find out about new artists. Beyond that, just like everyone else, I listen a lot on Spotify. We see all the playlists where we’re listed. We see the other artists who are listed on there along with us. And we listen to them! It’s good to make the algorithms work for us!

This is a hip-hop punk two-piece who I believe are from Los Angeles and Portland. They make music that is the perfect blend of crazy and heavy, riotous and sexy. It’s just perfect. They have that SoundCloud rap mentality of churning out individual tunes at a much faster rate than the average traditional rock band would, which I really like, and they’re super-strong with the visuals. If I had to pick a good entry point for new fans, it would probably be their song Porn!, which also features Maryland rapper Jeleel, or Pigs (Nazi Cops). Their whole Blood Pact EP is just brilliant.

I actually discovered them because they recently signed with the same manager as WARGASM. He came to us saying, 'Oh my god, you have to check out this band. I’m 100 per cent gonna sign them!' Since then we’ve been chatting and bouncing ideas back and forth. You might want to keep an eye on them because they might be releasing some interesting collaborations soon. They have such a good work ethic. And they welcome a little bit of provocation – in fact, they spearhead it!

Cassy is a singer that I actually met a few years ago, pre-WARGASM, when I was doing session work at the Charing Cross venue Heaven. It was basically love at first scream. I was immediately like, 'Who is she?! Oh my god, I love it!' She has one of the hardest, most impressive vocals out there right now. And she’s still really just getting started, so the possibilities are endless in terms of what might come next. Whatever it might be, I already know it’s going to be really good.

She’s only really got two tracks out at the moment, so if people are looking to find a way into her music, they should listen to both of those. One is called Dear Goth, the other is called Jean. They’re such different songs. On one hand you’ve got this beautiful heavy metal/trap hybrid with these almost theatrical vocals and amazing low growls. On the other, you’ve got classic rock cowboy music. She’s able to represent both sides of my personality!

Death Blooms might be a little bit better known to Kerrang! readers already, but we have to shout our brothers out. I think the first time I became aware of them was when their singer Paul Barrow let us stay in his flat when we were playing in Liverpool. Our drummer Ryan had put them on when he was promoting shows in Birmingham, so I just showed up at this guy's house. Even back then, when he was playing us his music, I knew it was so good.

We had them supporting WARGASM when we managed to play some socially-distanced shows last year, too. I had to exercise all the willpower in the world not to throw myself into those two-metre spaces between the seats and start moshing. I nearly gave myself whiplash before we even played our set.

Just a couple of weeks ago, they dropped an outstanding new EP called Fuck Everything, which I think is a record that we can all make a toast to right now. They are truly spearheading the nu-metal revival. At the same time, they’re bringing a new outlook and a freshness to a style of music that a lot of people will feel they already know. They’re very much the crème de la crème of new nu-metal. They’re just fucking perfect.

This is an electro-punk three-piece with massive Atari Teenage Riot vibes. I actually first discovered them on one of those Spotify playlists that we’re on. I think their bio on the site says something like, ‘Not making electronic music any better, just making punk music worse…’ I loved that, and had to dig into the music they’d made. Their song Simulate Me is fantastic.

After that, they reached out to us. It’s the wonder of social media that one minute you’re opening a random DM and the next minute you’re working together. They wanted to do a remix of WARGASM’s song SPIT., which they absolutely smashed, and which is available on their SoundCloud. They made it into this drum'n'bass hybrid – a style of music we absolutely love.

The more I dig into their work, the more variations on their electro-punk sound I discover, too. There’s definitely a little something in there for everyone.

Anyone who writes songs about period sex and making grown men cry is a star in my books! And that’s exactly who Dana Dentata is. I know that Shawn 'Clown' Crahan from Slipknot is a big fan of hers, too, so she’s already got a few surefire seals of approval.

If I had to pinpoint somewhere for new listeners to start, I’d direct them to that killer 2018 single lil blood, but 2019’s Daddy Loves You EP and 2018 album DANAVI$ION are well worth checking out as well.

She used to be a stripper, and I think to have transitioned from that to heavy music frontwoman is the perfect career path. Maybe as everything unfolds she can start a whole new genre: strip-rap. I’d be so into that. Dana is on the same management roster as me, and she’s one of those badass artists I’m so thankful to be surrounded by as I move forward on my own path.