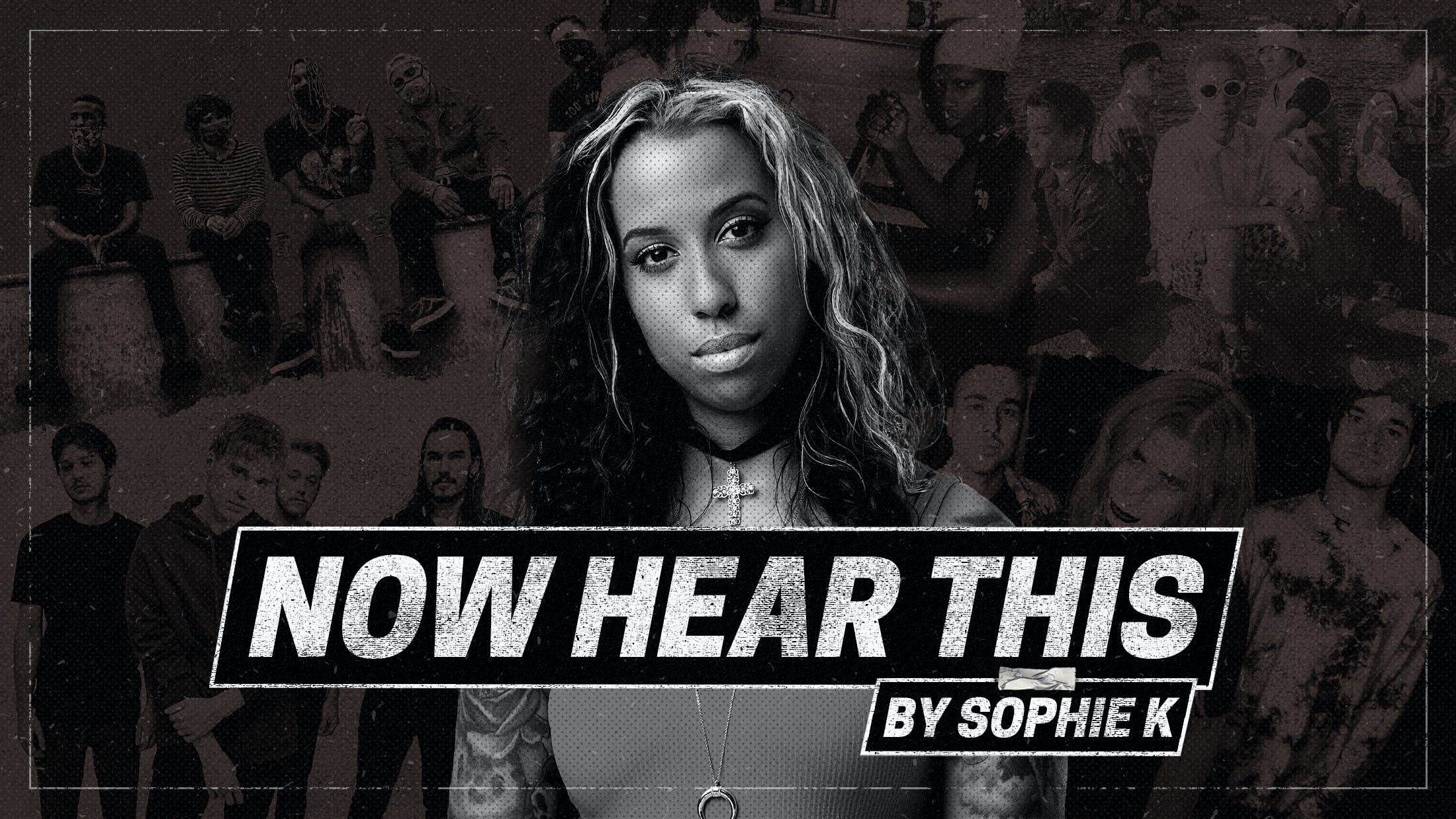 It’s been a while… (hands up if you just sang Staind) but I'm so glad to be back with you in 2021. I'm not kidding, this write-up took me bloody ages because I have so many bands I wanted to tell you about, it was hard to whittle it down. I'm excited about 2021, not for any reasons you read about in the news, but because every rock and metal heavy hitter is going to be releasing new music. Can you imagine how expensive this year would have been if we all still bought CDs?

Starting today with a band that I have been watching for a little while now Death Tour. It's no secret that I am a massive fan of Ho99o9 – I promise I do own hoodies other than theirs. Death Tour reminded me of them slightly. A mix of genres, Death Tour incorporate rap and rock, but at the core of everything they do is dirty punk. However, in this current punk movement a lot of the message gets lost, but they keep their message at the core of everything they do making it authentic and powerful. The thing that really stood out to me was Demi Yoko’s statement on their YouTube bio for P.I.S.S./U.S. He spoke about wanting to buy bleaching creams because it was so tiring always being black in white spaces and wanting to fit in. It cut me deep because it was hard for me too coming up in the scene. It brings me such joy to see people owning a space in a genre with strong messages of unity and rebelling against societal norm at its core.

I love music that sounds as chaotic, unpredictable and disturbing as my brain. This is like a futuristic version of a deathcore band you might have seen on a 2013 Never Say Die tour. I can get majorly snobby and judgemental about this kind of sound and end up saying bands aren’t as good as some OG we all loved. Fair play, then, to Paledusk – they are sick! It sounds fresh and I can’t predict where the breakdowns are coming from. That level of unpredictable chaos is what attracted me to bands like The Dillinger Escape Plan and Genghis Tron back in the day. I'm genuinely excited about this band, and I literally text everyone I know blowing up about them.

Sometimes we just need something a little more chilled. Us In Motion from Nashville are the band you need for those moments. Every song feels like it's a final, building crescendo, but in a very sombre way. It is post-hardcore at its best. They are super new on the scene, having only formed in 2016, but you can tell from their songwriting that they have already found their sound. The production and cinematic videos compliment the narrative that is incorporated in each track. They're growing a cult fanbase, and are definitely one to watch.

You know it's something special when Kellin Quinn (Sleeping With Sirens) features on a track, and Magnolia Park from Florida have not disappointed. When I read that the members had all built experience in previous bands it all made sense. They're brand new on the scene, but there's a skill with songwriting and overall feel that makes them seem like they've been around for years. I can’t wait to see how they develop, because you can hear that they are comfortable going both poppier or heavier. The thing I'm most looking forward to is seeing them live – I get the feeling they will bring a killer energy.

Sydney's RedHook are super fresh on the scene, and they're bringing epic vibes. I loved the way their latest track sounded familiar; it's a sign of a really well-written song. I was hearing Ash Costello (New Years Day) meets Jenna Mcdougall (Tonight Alive), but also a bit of nu-metal at times. If that confusing mix didn’t make you want to check 'em out then sort it out! I hate it when women get pointlessly compared to other women in the scene, but the only reason I draw these comparisons is because it shows Emmy Mack's vocal range. At times she sounds more on the happy end of the spectrum and then at times more aggressive and challenging. I really like this band and I’m excited for what the future holds for them.