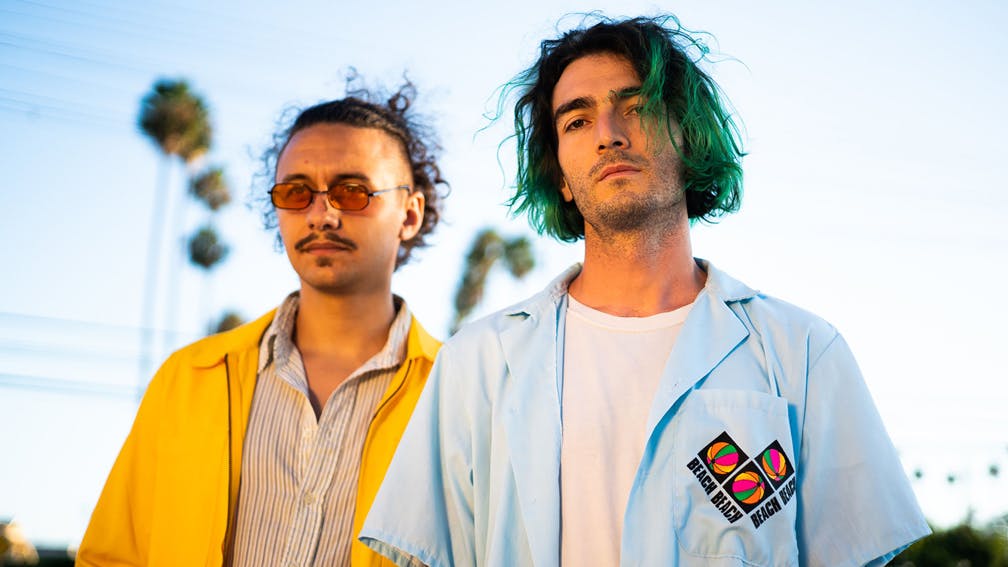 We like new music. So when Tim McIlrath was in London recently for Rise Against's acoustic show, we sat down with him for a chat about just that. He gave us five recommendations for stuff you need to hear now. Tim, take it away...

"Sincere Engineer are from Chicago. I've actually seen them a couple of times and it's mostly Deanna [Belos] and her band. I’d seen their name bounced around a little bit, but I finally listened to them recently and it's got a cool, Mid-west emo vibe – this sort of new wave of very confessional, post-emo stuff like Spanish Love Songs. They’re just great – the production is amazing and the songs are amazing. Listen to Bless My Psyche, it's cool shit. It was funny because I met her – and I've known the guy she dates for, like, 20 years – but I had never heard her band. When I listened I was like, ‘This is fucking awesome!’"

"I just mentioned Spanish Love Songs and I absolutely love them. Again, it’s this very poetic, confessional kind of emo. It sounds like some of the stuff I was into in the ’90s – it’s all very heart-on-the-sleeve. They do great, great songs – you know sometimes there’s those songs where you can tell the person's writing from a very real, authentic place? That's this band. I was vaguely aware of them, but then when we did the Descendents / Menzingers tour, the Menzingers couldn’t do the first three dates because of previous obligations, and so Spanish Love Songs did them instead – they’re great live!"

"Teenage Wrist are like ’90s shoegaze – they just feed me my ’90s fix. I remember someone talking about them, maybe it was the Deftones guys, and then a song of theirs just popped up and it was pretty cool – it was big, heavy and driving, but with a Jimmy Eat World kind of vibe on their hookier stuff. It sounds really authentic to me."

"Dead Sara have got a new album called Ain’t It Tragic – that's a fucking brilliant record. They’re the band where you’re just like, ‘Why aren’t they the biggest fucking band in rock right now?’ And I have no idea because they're just so good. I would say it's got almost like some classic rock vibes, but it's not trying to be classic rock – it just happens to be powerful like classic rock was. They’re one of those bands that just gets better and better. Like, you just think you heard their best record and it can only get worse from there, but this new record is even better. I finally saw them live, and Emily Armstrong’s fucking phenomenal. She's fuck-ing phen-o-menal. I was just blown away by the whole thing."

"I want to recommend Lyoness too! They’re fucking great. We asked them to do our [recent acoustic UK] tour with us, we kind of threw it in their laps, like, ‘Can you play acoustic?’ and they said, ‘No, but we’re going to do it!’ They’re super-cool, a great UK band and Gillian Maxwell’s amazing – she’s got a great voice. They’re just incredible. They’ve got a first EP coming out early next year."