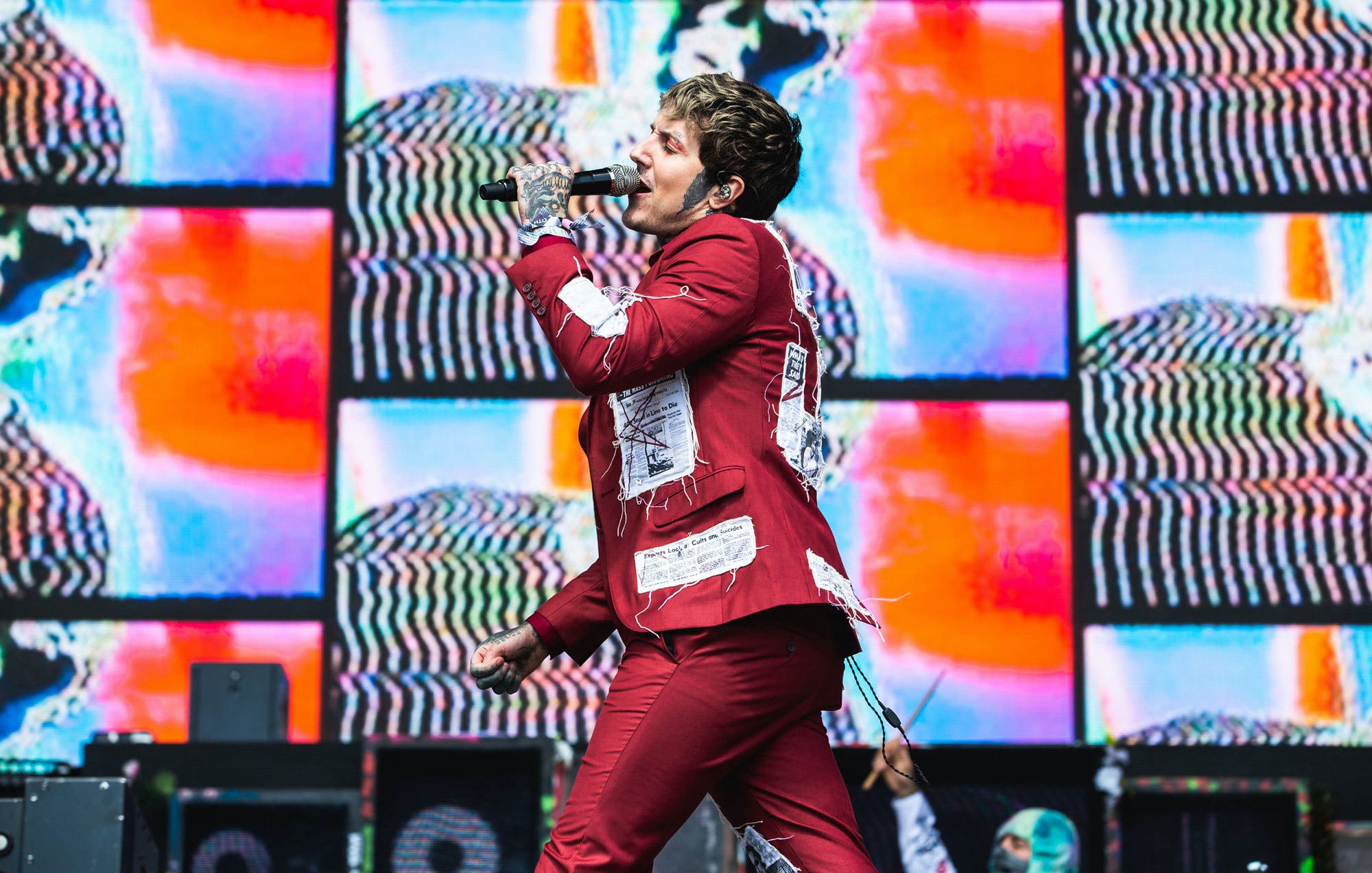 Ahead of the worldwide premiere of Bring Me The Horizon's epic single Ludens this evening, Kerrang! caught up with frontman Oli Sykes to get the lowdown on the Sheffield titans' brilliant new material for highly-anticipated video game Death Stranding.

The song – which is released officially on November 7 as part of the Death Stranding: Timefall (Original Music From The World Of Death Stranding) Soundtrack via RCA Records and Sony Interactive Entertainment – is a bold next step from the band, and one that sees Oli change his lyrical approach; while Bring Me's most recent album amo was an intensely personal effort from the vocalist, Ludens takes a look at the wider world, and comes with an inspiring message.

“We build these new inventions, and this technology that can help people," the frontman ponders in the new issue of Kerrang! – on sale now. "I was reading about this 16-year-old who has invented a microorganism that can eat microplastics in the ocean; sometimes things can get so dark that you don’t see there are still these little rays of light everywhere. After reading all this, I felt like it needed to have at least a semi-positive message about what’s going on. If it’s not you, who is it going to be that makes a change or helps? Everyone goes, ‘Someone else will sort this out.’ And that’s how I was for ages, too – I was like, ‘I’m just going to quietly keep my beliefs to myself and hope that people see that things need to be done, and they change in their own way.’

“I think what’s happened, maybe even over the past six months, is that if you believe in something, you really do need to stand up for it. The kids that are going out and doing that are making a difference. I didn’t have that faith before, and now I do. I want to join that fight, and I’d be a hypocrite if I didn’t. That’s the message of the song: that we need new leaders and new heroes, and new people to try and beat this fucked-up game.”

Read this next: Never Mind The Bollocks: British rock is thriving

When asked if Oli feels ready to step into the role of a leader, he responds: “I don’t feel ready, but I feel responsible. If I’m going to do this job and travel the world and get to do this amazing thing, I can’t just offset it. It’s now a case of figuring out how to do it in my own way, because I’m not a politically-charged person. I’ve got an interest in it, but you have to know a lot about it. Right now I’m trying to figure out how I can help the most, and how I can make a difference in my own way, before I jump in and start blabbing about shit that I’ve never spoken about before (laughs).

“It’s always meant something to me – I’ve always loved animals and cared about the world – but I guess a lot of people don’t want to hear about it, and they don’t want to talk about it, and I’ve always wanted to be that person who’s just cool with everyone; I don’t wanna ruffle anyone’s feathers. But it’s gone past preaching now: these are facts that need to be repeated so people can finally start being able to hear the words ‘mass extinction’. I think when they hear something like that, it makes their skin crawl and they go, ‘No, I don’t want to think about that.’ And if you do believe in that stuff, you really do have to do something about it. This is something that goes through my head every day, so if I’m not using this small power or influence that I’ve been given, then it makes me feel like I don’t know why I’m doing what I’m doing.”

Find out when you can hear Ludens this evening:

And pick up the new issue of Kerrang! for the full interview with Oli: