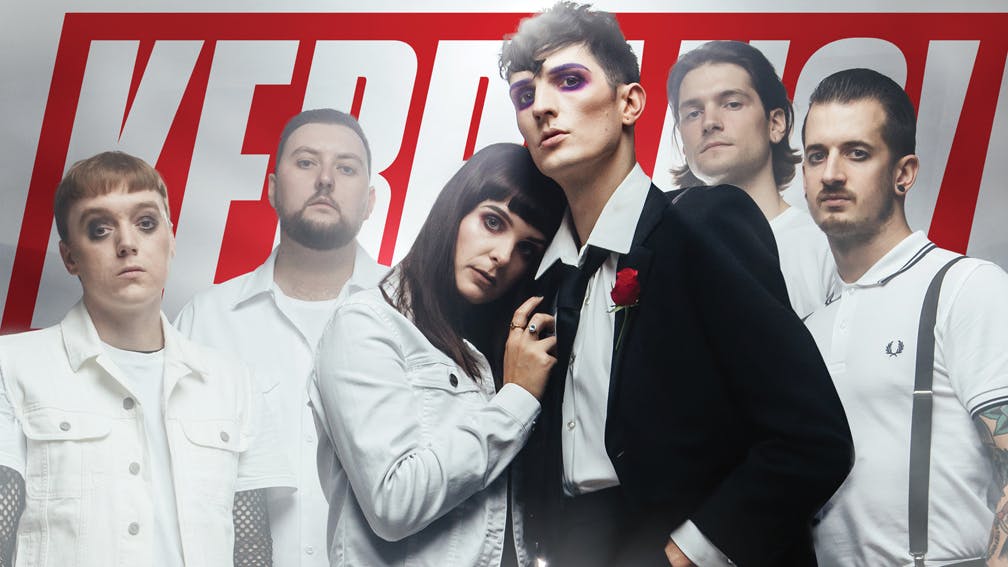 One year on from their very public onstage demise, the resurrection of Creeper begins now. And as Will Gould and Ian Miles reveal, the journey to see this day has been a challenge that none of them could ever have imagined…

Plus, to celebrate Creeper's return to the cover this week, we've teamed up with the band on an extra special offering for Creeper Cult members: we’re putting out a hugely limited collectors’ edition package containing this week's magazine, a stunning A2 four-colour process lithographic print, produced on 200gsm uncoated stock, plus a brand new lightning bolt logo jacket patch that won't be available anywhere else in the world.

Kerrang.Newsstand.co.uk is the only place you can order this exclusive package – with worldwide delivery! – so don't hang about if you want to get your hands on one.

**Please note: your print and patch will be dispatched in a heavyweight cardboard tube; they will be shipped alongside but separately to your magazine, so you may receive them at slightly different times, depending on how nice your postman is.**

Elsewhere in the issue, My Chemical Romance (finally!) reunite for their first gig in seven years; Bring Me The Horizon's Oli Sykes lifts the lid on the band's epic new single Ludens; Ozzy Osbourne's right-hand man Zakk Wylde takes the career-spanning K! interview; iDKHOW's Dallon Weekes tells us about the songs that changed his life; and pop-punk heroes All Time Low reminisce about all things Nothing Personal.

In the reviews section, Fall Out Boy's shapeshifting second chapter gets captured on their latest Best Of, while Foo Fighters drummer Taylor Hawkins ropes in some famous pals for an all-star jam. On the live front, Welsh alt-rockers Dream State conquer hearts and minds on their biggest UK headline run so far, Thrice and Refused tag team London at their co-headlining gig, and the UK's most explosive breakthrough metal band, Conjurer, detonate in Leeds.

All this and more is available in the new issue of Kerrang!, which you can get anywhere in the world through Kerrang.Newsstand.co.uk. But for UK residents, it hits the shops on Wednesday, November 6 from all good newsagents.