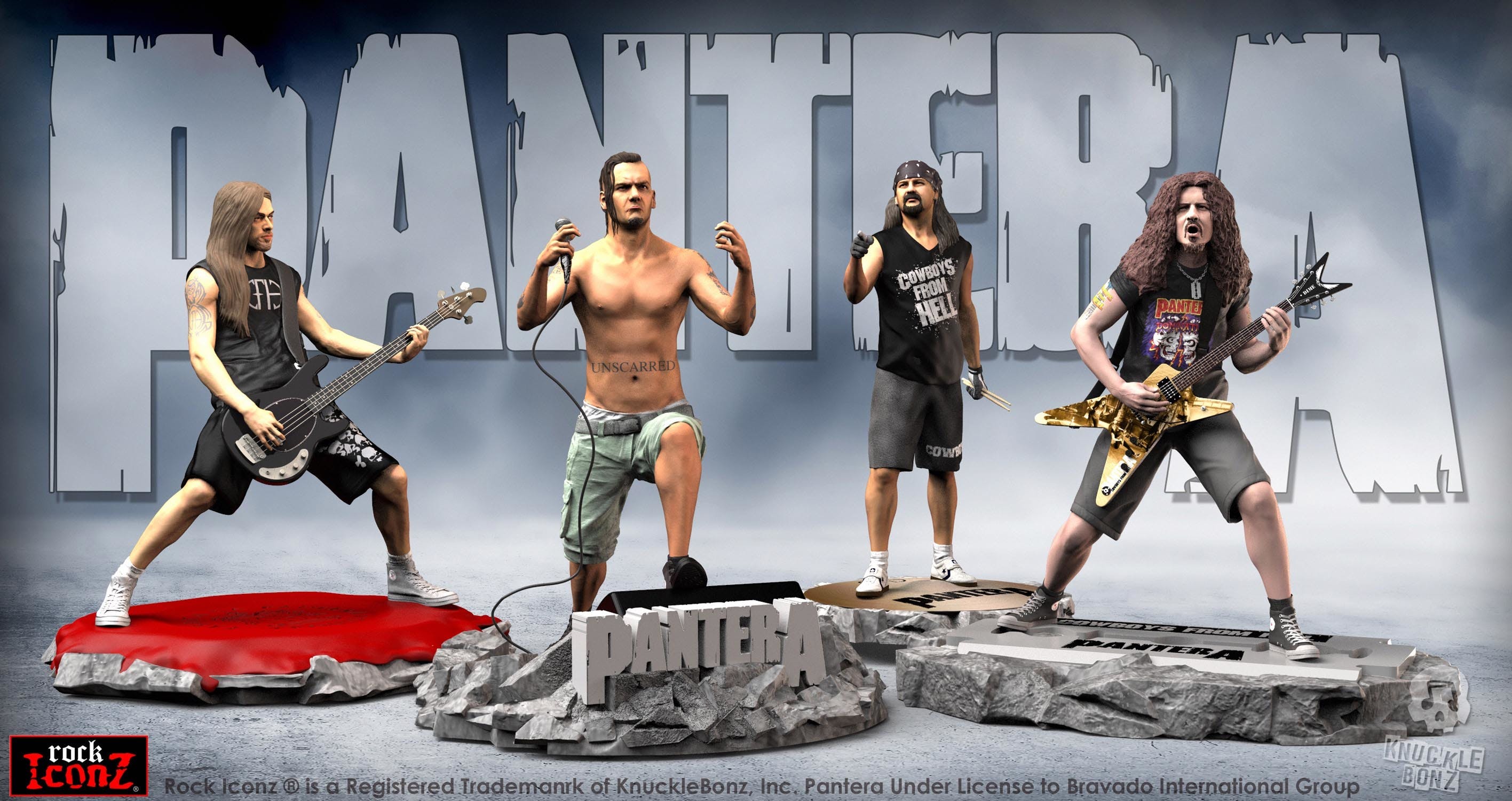 Pantera fans have a new kind of collectible to complete their shrine to the beloved groove metal cowboys from Texas. The band have taken to Twitter to announce they've teamed up with KnuckleBonz to produce life-like (but tiny) figurines.

The statues are designed after the groovy metal heroes’ style during the monumental Cowboys From Hell era that put them on the map. Each of the members go for about $149.99 USD -- or $500 for the whole band. These are bound to sell out quickly, so make sure to reserve them now before it's too late.

When talking with Kerrang! last month, vocalist Phil Anselmo went into detail about his current thoughts about Pantera. “I don’t really engage with dwelling on the past. It’s always brimming under the surface in my conscience.” he reflects, “I live it. I think about it every day. I dream about it often – about the old days; the old times; about Dimebag.

"I wish Dimebag were alive today, of course," he continues. "In my deepest of hearts I know that he and I would’ve made up a long time ago. We were too good of friends for all of this."

Anselmo does take time to note that what happened isn’t uncommon. “Dealing with everybody growing up and becoming their own individual means its always hard to keep a band like that rolling in those conditions. Look at The Beatles. Look at all the other bands that’ve broken-up.”

“Also, being a huge band, playing huge arenas?" he scoffs,"For me, there’s an element missing in that. Give me the feel of a small, dirty, sweaty, grimy, punk-ass rock club any day.”