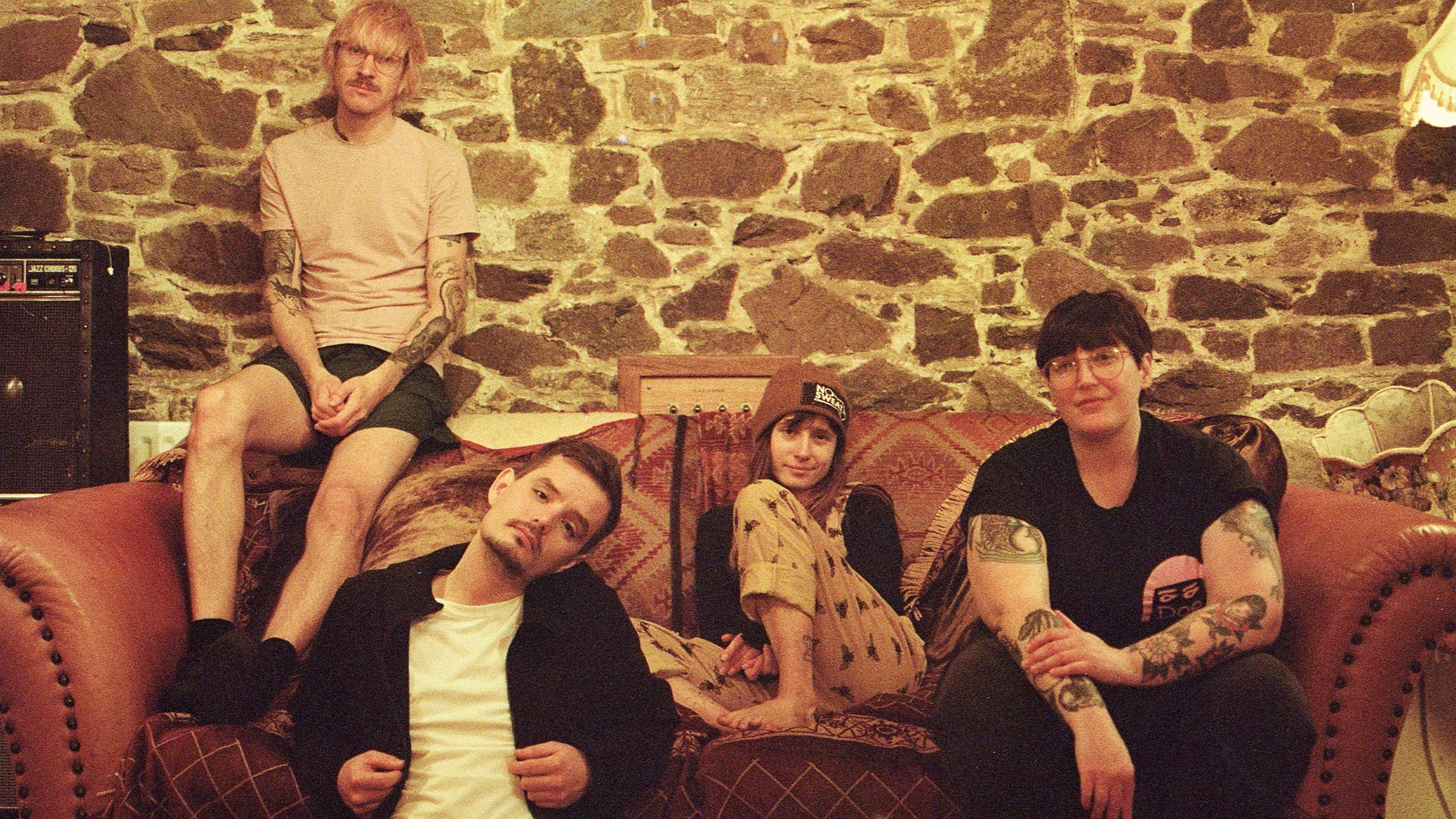 Petrol Girls and Janey Starling have teamed up for a new single, Fight For Our Lives.

Released via Bandcamp for International Women’s Day, the track is raising funds for Level Up while also bringing awareness to the messages behind Women’s Strike UK and more.

"The feminist group I’m part of here in Austria is based on this principle, and this song was written because of the regular femicide demos that we’ve been running here in Graz since June 2020, to make sure not a single femicide in Austria goes unanswered," explains Petrol Girls' Ren Aldridge. "NEHMT IHR UNS EINE – ANTWORTEN WIR ALLE! The intro lyrics describe these demos. We have painted the deaths of so many women and even young girls onto bed sheets to carry through the streets. This IWD, we will spread out all of the bed-sheet banners that mark each murder since last IWD in the main square, to make visible the scale of this violence. Austria is one of the European countries with the highest rate of femicide for the size of its population. We now hold our demos once a month because we know that unless there is systemic change, there will continue to be femicides every month. Some of our demands are in the lyrics to this track. We need safe housing for all, unconditional universal basic income, more domestic violence shelters and specialist services. We need better sex and relationship education in schools and the same rolled out across every workplace. We need responsible media reporting – and since these demos began we have seen a tangible shift in the way femicide is reported in Austria!

"I directly referenced Janey’s Dignity for Dead Women Level Up campaign in the lyrics to this track. Through this campaign, she introduced media guidelines for reporting on femicide and fatal domestic abuse in the UK – this is huge, because media narratives that place blame on the victims of femicide and abuse and treat these murders as isolated incidents are part of the problem. Level Up are relentless, and they get shit done. Check out their current campaigns. We are giving all money raised with this track towards them building an interactive, virtual database of femicide victims across the UK and Chile, with a view to scaling up globally in the future. The database is trans inclusive, and will serve as a source of public knowledge and campaigning tool in the fight against gender-based systemic violence.

"Last Friday – March 4 – marked one year since serving police officer Wayne Couzens abducted, raped and murdered Sarah Everard. We were at the studio as the details of this unspeakable attack emerged during Couzen’s trial in autumn 2021. We address police violence specifically in another track on the forthcoming album, but anger at the systemic failings and abuses of power that enabled him, and so many other violent men, poured into this track. Three women a week are killed in the UK, and global statistics suggest that a woman is killed every 10 minutes, and I doubt those statistics are trans-inclusive. We were very deliberate in mentioning trans people in the lyrics to this track because there are parts of the femicide movement that are trans-exclusionary, despite trans women being statistically far more likely than cis women to experience violence. Gender based murders of other marginalised genders are also wildly under researched.

"You don't own us! Despite the media focussing much more on stranger attacks, the majority of femicides are committed by a current or ex partner - it is about ownership, power and control. A sense of ownership over a partner is something that is encouraged in a lot of pop culture, especially music. This track attacks that idea because it is at the heart of so much gender-based violence.

"This release follows our previous single Baby, I Had An Abortion and I think it’s worth pointing out that criminalising or denying people abortion can also lead to femicide. Women can and do die from being denied the abortion they need.

"Femicide is the most vicious peak of the patriarchal violence and often intersects with other forms of oppression. This International Women’s Day let’s strengthen our fight against these systems. Let’s build collective power. Let’s remember our radical history and look to the incredible feminist movements growing across the world. In the words of the Kurdish revolutionaries – JIN JIYAN AZADI! WOMEN! LIFE! FREEDOM!”

Read this: Skin: “The only way to protect women’s bodies and women’s rights is to have more women in positions of power”