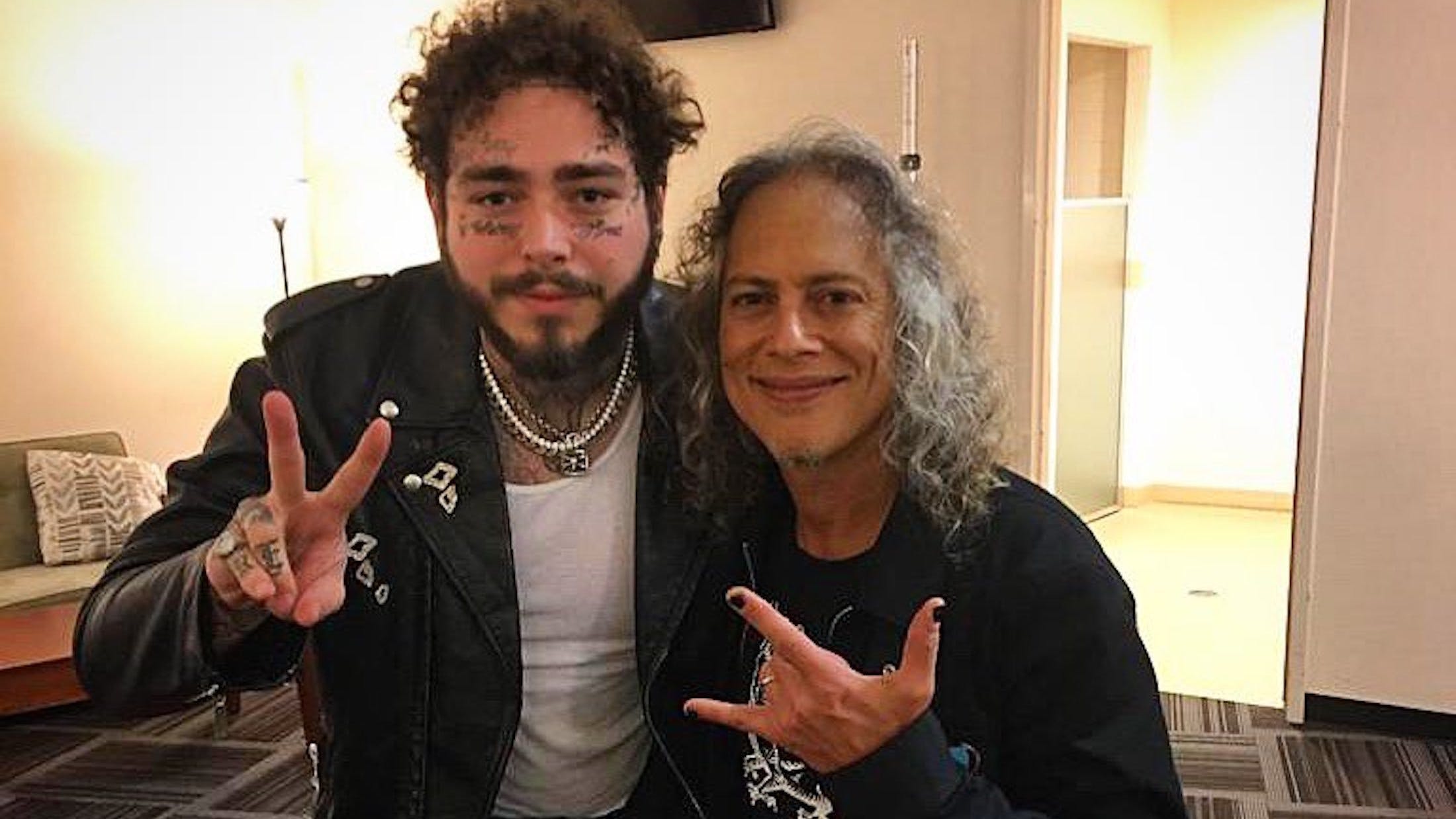 Metallica rounded off their 2018 Worldwired North American tour in Fresno on December 9 with a visit from Post Malone.

The Texan rapper covered Nothing Else Matters earlier this year and was spotted backstage at the Save Mart Center.

We can't tell who's most excited to meet each other. Maybe next year will see a surprise collaboration between the two?

Check out the photos below.

They travel to Europe in May, and stop off at Manchester’s Etihad Stadium on June 18 and London’s Twickenham Stadium two days later. Support comes from Ghost and Bokassa.