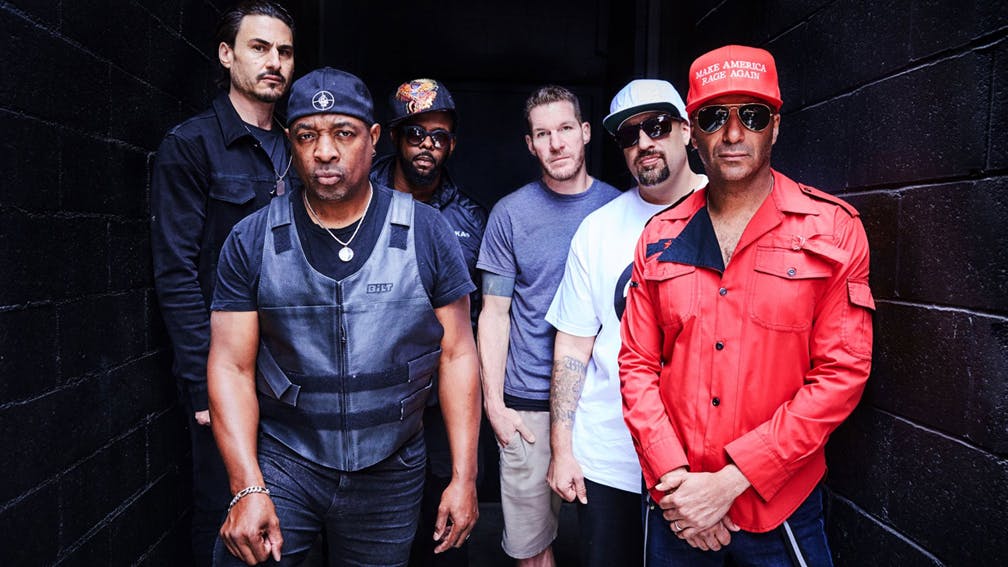 Following last week's absolutely epic news that Rage Against The Machine are reuniting, rap-rock supergroup Prophets Of Rage have announced that they're now calling it a day.

The group – compromised of three-quarters of RATM, along with Public Enemy’s Chuck D and DJ Lord, and Cypress Hill’s B-Real – confirmed the news on social media, stating that "it was fun while it lasted", and that Prophets was "about doing something greater than self".

Read this next: B-Real: "I probably would have ended up in a cemetery or prison…"

Read B-Real's thoughts on the matter below:

“I want to say thank you to the fans that supported Prophets of Rage for the time we’ve been rocking together. It’s been an honour to rock stages and people of all ages with these guys. It’s been a great time and great memories in a short time. Rockin' alongside of Chuck and Tom has been amazing to say the least. It was fun while it lasted and I hope we left a big impression and that the music has been a source of inspiration for those that needed it. That was the purpose we got together. So I say to y’all stay informed, stay engaged and fight the good fight.”

Chuck D then added on Twitter: “It was about doing something greater than self. 2020 keeping Zack de la Rocha spot warm for RATM and powering a statement for 1000 days was a honourable truth mission in the hours of chaos from the jump… And so the bands rock on… Let’s go.”

Thanks for the music, guys.

Catch Rage Against The Machine in the U.S. next year at the following:

Prophets Of RageRage Against The Machine

Parkway Drive, Faith No More, Prophets Of Rage And More To Stream Sets For Hellfest From Home

This weekend's Hellfest From Home will feature streams from Parkway Drive, Faith No More, Prophets Of Rage and loads more.

Knocked Loose: Into The Wild With The Future Of Heavy Music

Listen To The New Prophets Of Rage Single, Made With Hate

Prophets Of Rage have unleashed a brand-new single, Made With Hate.

Tom Morello: For Environmental Reasons, The World Should Be Up In Arms About Trump

Donald Trump is making a state visit to the United Kingdom today. Tom Morello has some thoughts about that...