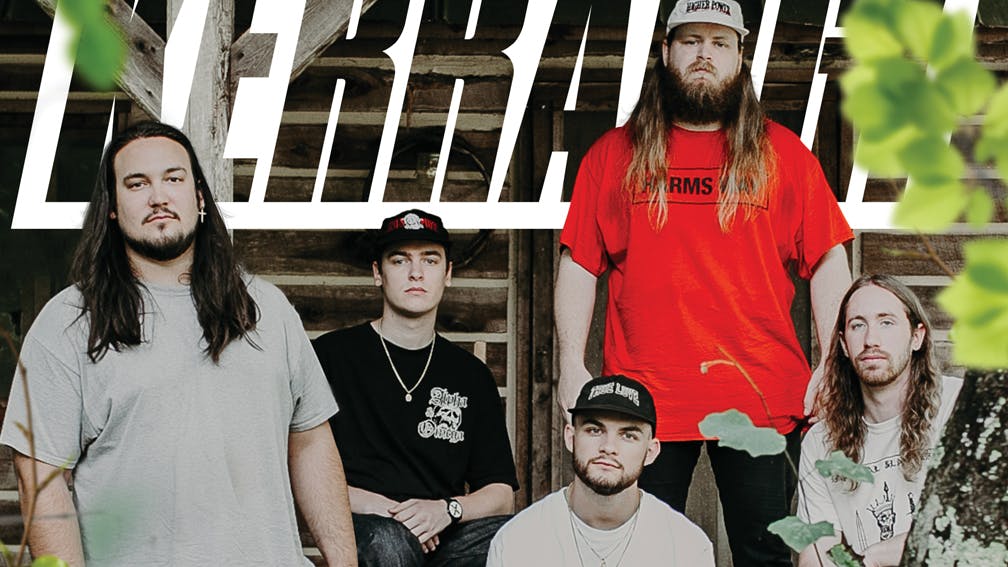 Knocked Loose are at the head of a heavy revolution. In understanding how they’ve gotten there, though, you’ve got to appreciate from where they’ve come. As furious second album A Different Shade Of Blue threatens superstardom, we join one of the world’s most exciting bands under the storm clouds and searing sun of their native Oldham County…

Plus, Knocked Loose's new album is so crushing it might just cause structural damage to your home when you blast it. Save yourself a couple of quid in repairs by simply covering up those pesky cracks in your walls with the killer art print that comes free with the mag. Simple, eh?

Elsewhere in the issue, there are massive new interviews with Tom DeLonge, Machine Head's Robb Flynn and Ryan Young of Off With Their Heads, while You Me At Six break down their bold new single (and sound), Venom Prison vocalist Larissa Stupar reveals the songs that changed her life, and Tyson Ritter of The All-American Rejects tells us some secrets…

In the reviews section, after a 13-year wait Tool go beyond their own frontiers as they finally release their fifth album, while Brit synth-punks Black Futures scream for change on their killer debut. On the live front, Parkway Drive, Sabaton and more destroy the elements at Bloodstock, Royal Blood break out of the studio for some seaside fun, and LA rap-rock supergroup Prophets Of Rage continue to fight the power in London.

All this and more is available in the new issue of Kerrang!, which you can get anywhere in the world through Kerrang.Newsstand.co.uk. But for UK residents, it hits the shops on Wednesday, August 21 from all good newsagents.