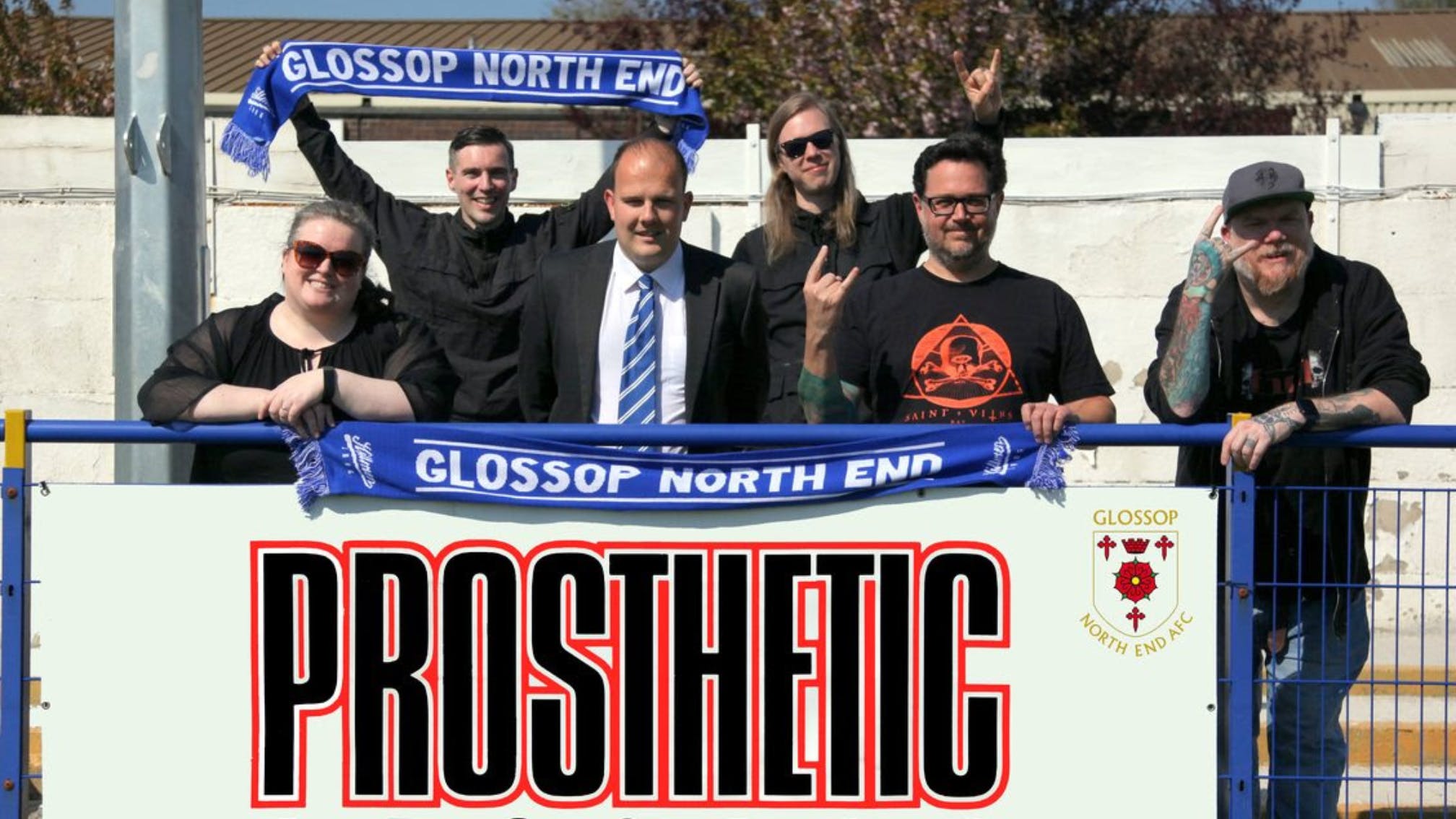 Prosthetic Records has teamed up with Glossop North End football club as their main shirt sponsor for the ’22/23 and ’23/24 seasons.

Speaking on the newly formed partnership E.J. commented: “As a long-time fan of both heavy metal and English football, I am thrilled to combine these two passions by joining forces with the mighty Glossop North End. I can’t wait to catch the Hillmen in action in the coming season, and collaborate further with the good folk of Glossop.”

Glossop North End football secretary and director, Dan Bates shared he was “delighted” by the news.

“A global company with connections to Glossop sponsoring the town’s football club seems so fitting and it's such a unique and niche opportunity going forward. The relationship has become closer and closer over time but this takes it to a new level,” Dan said in a statement.

The football secretary added: “I am also pleased that Prosthetic will be a very active and supportive sponsor. This development represents a really exciting opportunity for the club.

“We have a talented manager playing exciting football, we have an incredibly strong connection with our supporters and the local community, and attendances are at their highest levels since 2017. The important thing for us was to ensure that we selected the right Front of Shirt partner to represent GNE in the current era, and that their philosophy aligns with our own. We look forward to working with Prosthetic more in the future and enhancing our existing commercial and sporting relationship.’"

The Glossop North End’s new kit will also feature the soon-to-be-unveiled Prosthetic Records logo – we can’t wait to see what it looks like!

You can read more information on the announcement below:

Read this: Shoot To Thrill: Umbro collab with AC/DC on 1978 Scotland replica kit