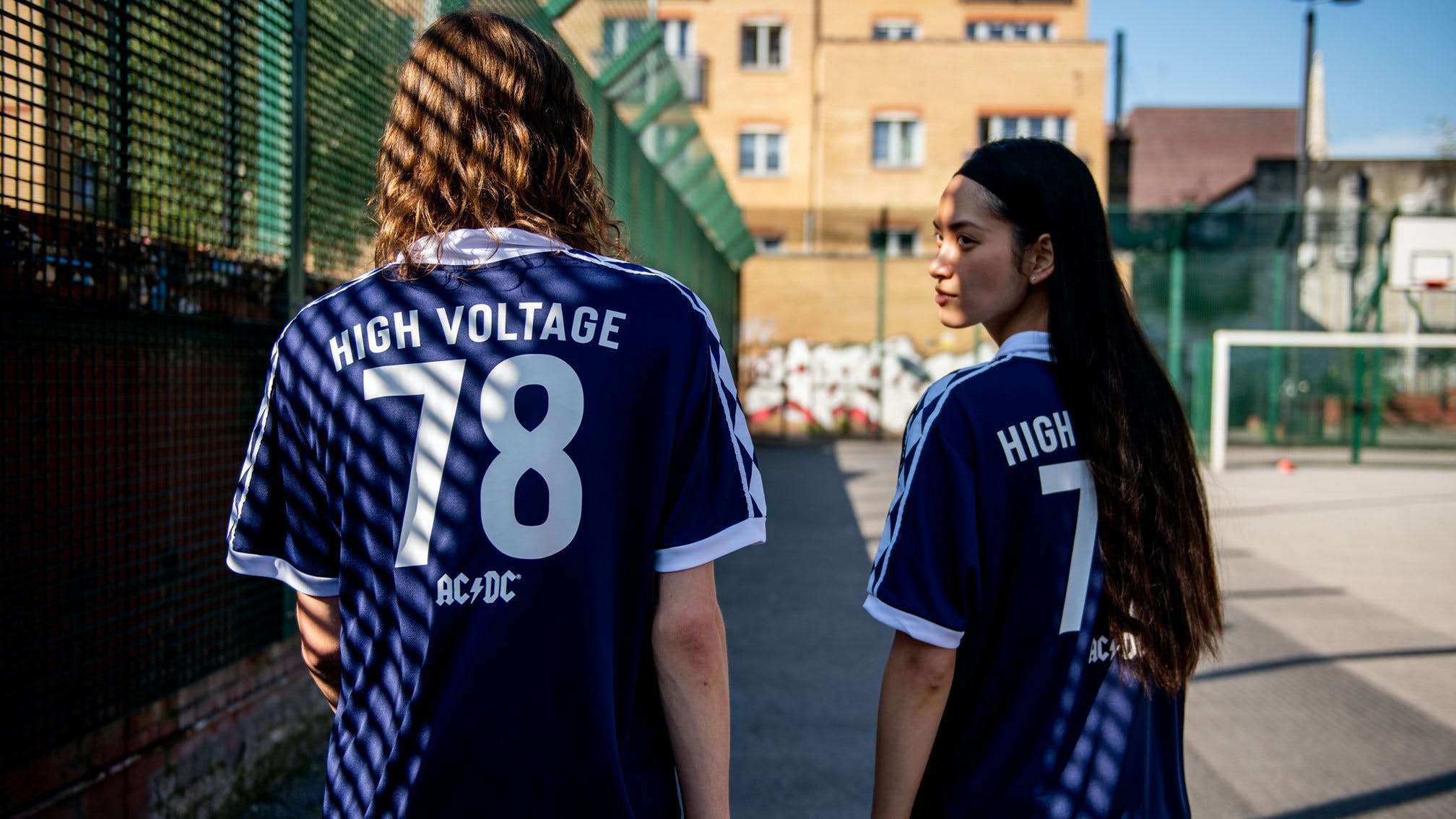 The replica reissue salutes the rock'n'roll titans and acknowledges their own history with the kit: the band performed at the Glasgow Apollo before the World Cup that year, wearing the official Umbro Scotland kit onstage.

'So, what better way to celebrate Umbro’s passion for Scottish football than a reissue of the 1978 kit?' announces a press release.

'Immortalised by Scotland’s most celebrated national squad in history, a squad that produced the goal of the tournament against runners up, Holland. A squad that returned with legendary status.'

The collection features the main navy shirt, which has a '78' on the back and AC/DC's iconic High Voltage slogan / album and song name.

This drop also boasts a hoodie, shorts, a tracksuit, a scarf, a couple of hats, sliders and trainers, meaning that there's basically everything you need to be decked out fully in training or at a show.

Check out some images of the collection below: