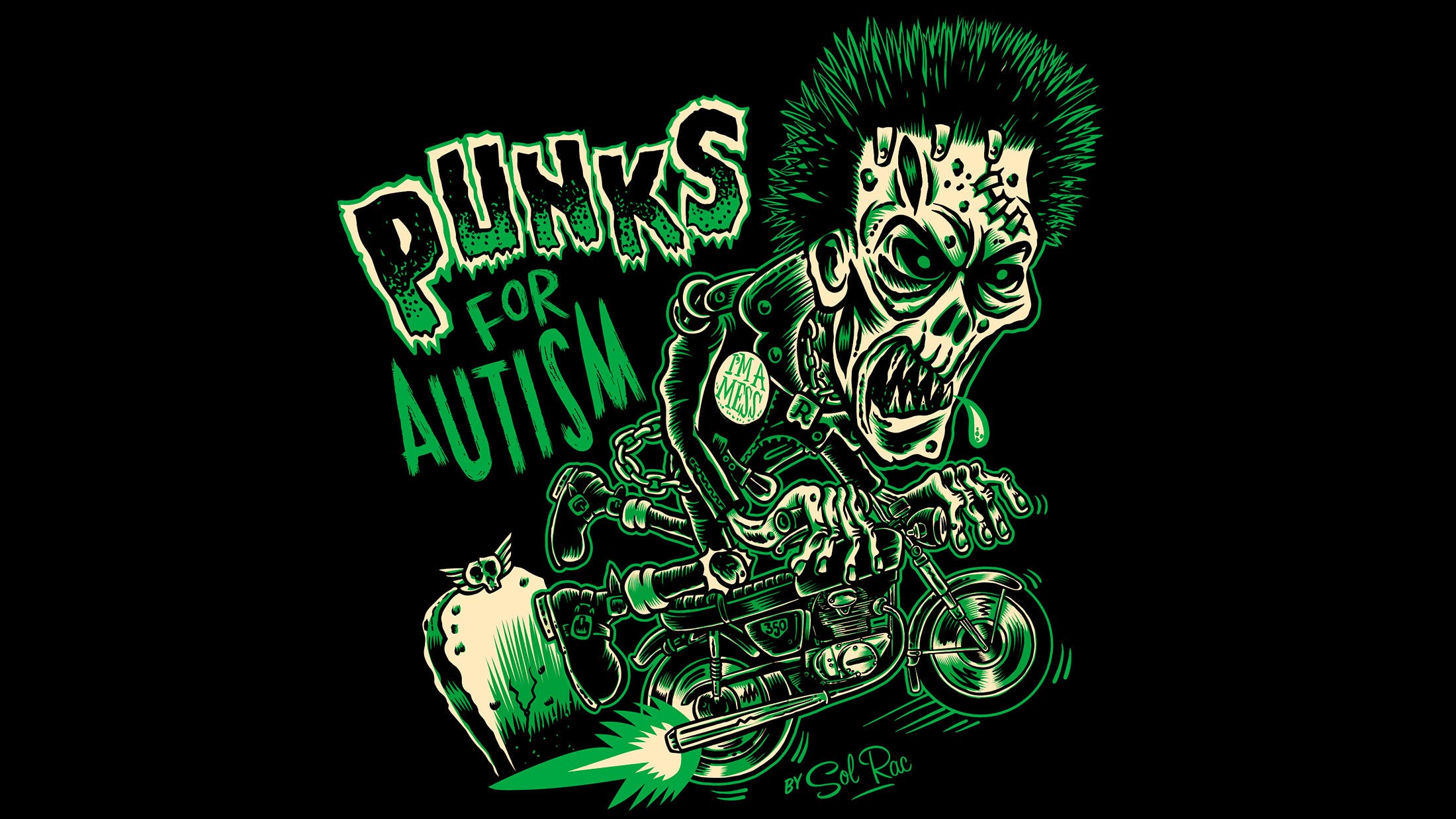 ‘Be different. Be free. Be punk rock. Be you.’ So goes the mantra of the San Diego charity organisation Punks For Autism.

In January 2021, seasoned punk Steve Lombardo had a dream to build a bridge between two most important parts of his life: his family and the punk scene. “I've been going to punk, hardcore and metal shows for over 30 years now,” Steve tells Kerrang! from his home in the States. “I fell in love with the sense of community, the sense of acceptance, you know?”

In 2013 Steve welcomed his son Vinny into the world, who received an autism diagnosis when he was three years old. “After the birth of my son I started to connect with families like mine,” he remembers. “I realised just how big it is. I knew what autism was through my niece, who is autistic, but I wasn't really as immersed in it as I am now.”

Around one in 57 children is on the autistic spectrum, according to recent studies done by Newcastle and Cambridge universities. This number is the highest it’s ever been, but that doesn’t mean that the number of people born with autism has increased – this ‘statistical mirage’ is actually attributed to the advanced accuracy in diagnoses of autism. Since the mid-’90s, the criteria for somebody being on the autism spectrum dramatically widened as doctors began to understand the condition more. This has led to higher numbers of people being accurately diagnosed, and that many born before this time slipped through the net. Despite the growth in medical understanding and awareness, Steve believes it is still shrouded in misconceptions.

“In the mainstream, everyone's first glimpse into autism was the movie Rain Man,” he explains of the 1988 Tom Cruise and Dustin Hoffman blockbuster. “If you’re familiar with that movie you might think that people with autism are savants who can guess how many cards are at a blackjack table, or they can name the stats of their favourite baseball team players in the 1950s. From my own personal experience and in conversations with others, I realised that that's not all autism, per se. There are different ends of the spectrum where you’ve got people that you call higher functioning who have jobs, families and live a more normal life, in that regard. Then you’ve got another side where maybe they're non-speaking and they need assistance with stuff in their daily lives.”

During his time raising Vinny, and later having a daughter who is also on the spectrum, Steve began to draw similarities between punk and what he understood about autism.

“Vinny marches to the beat of his own drum, like a punk rocker," he smiles. "I started seeing parallels between autism and the ethos of the punk rock community. Everyone is accepting of people who are the black sheep, or people that don't fit in in mainstream society. Autistic people are kind of similar to punks in that they don’t fit in the mainstream. I saw the parallel and the connection.”

Soon Steve started trying to unite these kindred worlds, raising money and awareness for autistic charities via the punk community. Before long, Punks For Autism was born, and his first idea was to start making apparel.

“The merch I’d see that was bringing autism awareness was just not my cup of tea,” he explains. “I'd see generic designs, stuff you’d see a 60-year-old mom wearing. Vanilla stuff, you know? So I want to put some more edgy stuff out there, some cool designs that appeal to fans of underground art, underground music and appeal to this generation.”

To counteract the dull tees on offer and inject some life into these awareness-raising garms, Steve linked up with tattoo artists and illustrators from the U.S. and beyond – such as gothic British artist Shindy Reehal – and started selling Punks For Autism T-shirts online with all the money going to support local and national autistic charities. In fact, PFA's efforts currently support about 12 different organisations, including Surfers Healing, "a group of surfers that take people on the spectrum out surfing, getting them out in the ocean and on the waves.”

With the success of the Punks For Autism merch, Steve has recently started putting on gigs in San Diego to further his mission, including one headlined by Sacramento hardcore crew HOODS with support from Legions, Triste and Hatchet Burial. “We just did our first show this past month out here; it was kind of a mixture between hardcore and punk bands. The intent is using this as a forum to keep getting our message out there and keep expanding what we're doing.

"I had people come up to me and say, 'I brought my son here who is 21 years old and on the spectrum. He's never been to a show before.' It went off without a hitch. Everyone was positive, everyone was supporting each other.”

The attention that Punks For Autism is getting has led to some unexpected people reaching out to Steve, including punk rock royalty. “Through this organisation I had C.J. Ramone, the fifth Ramone, reach out to me," he beams. "He's got a son who’s on the spectrum, too. He’s really into what we’re doing. It's just really eye-opening how it has gone from a small thing here in San Diego to a bigger stage, both nationally and internationally.”

With killer shirts and famous fans now par for the course, Steve concludes by sharing his future plans for Punks For Autism: “The first gig went so well, so it's got us motivated and excited to start doing more. You're going to see several more Punks For Autism shows in the coming months. Then, God willing, we'd love to do a big festival one day...”

See you down front!

Find out more about Punks For Autism and buy some of their merch.