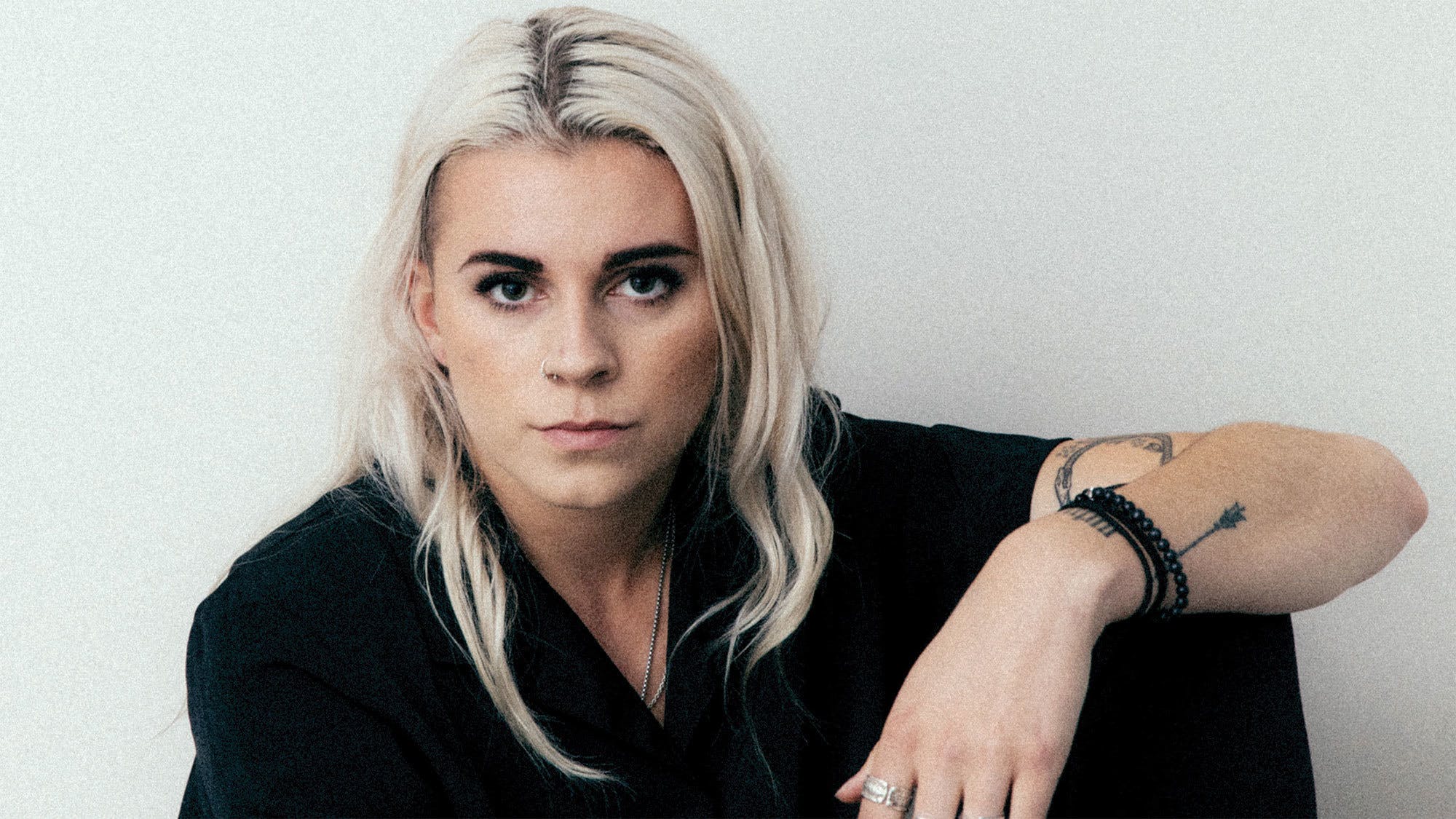 In order for PVRIS' Lynn Gunn to look ahead to an explosive 2020, she first had to spend the past 12 months strengthening the foundations upon which to build – in both her personal and professional life…

How would you summarise PVRIS’ 2019?
“A very transitional year, and one that’s focussed around rebuilding things. We’ve had to push through a lot of internal stuff, both personally and as far as us putting together a new team. We decided to collaborate with a lot of new people this year, which has helped us take things to the next level. There’s been loads of flying around which has been kind of confusing, and at times we’ve felt like headless chickens, but taking these risks has paid off and we’re now settled as a group.”

This has been the band’s first year on a major label after signing with Warner Music Group.What’s that change been like?
“It’s been great! Everyone we’ve worked with has been really passionate about the project, and that’s something that’s really hard to come by, so it’s felt like a true family effort. We want to keep that vibe moving forwards. Our label is always pushing us to be better, which is something I really appreciate.”

READ THIS: Lynn Gunn: The 10 songs that changed my life

Now that your Hallucinations EP has been out for a while, what have you made of the response to the songs?
“I’ve started to really let go when it comes to putting music out, especially with this release; I’ve stopped checking online comments and all the numbers and views that the songs are getting. I know that stuff is important to some extent, but I prefer the idea of just letting the music breathe, and so far the reaction has been great and everyone’s been really supportive. I’m truly grateful for that, because we took some risks with Hallucinations – the response has inspired me to keep pushing the envelope when it comes to new music.”

What was the highlight of your 2019?
“Getting back on stage and being able to perform at events like Reading & Leeds has been the highlight for me. I’ve had a lot of awful vocal problems in recent years, which put a real dampener on touring and tainted my relationship with performing. I needed to rewire my brain and get to a better place, both mentally and physically. Eventually, I got to that better place and was able to give the type of performance I wanted to. Having a voice that works properly again feels really great.”

What was your lowest point?
“There were some relationships the band had that eventually led to a parting of ways, so we had to work through that, and I’ve had health issues that I’ve needed to address, too. There have been struggles over the course of the year, but the good is definitely outweighing the bad right now – we’re always trying to be positive and look to the future.”

Is there a show you played in 2019 that stands out as your favourite?
“A lot come to mind! We did some small headlining shows in Europe and the U.S. that were really fun, and it felt so good to be performing while in a better headspace again. If I had to pick one show overseas I’d go for Paris – that was a blast – but in the States we played LA and New York this year and they were both awesome. Normally, playing in those cities turns into a strange industry event and there can be a lot of people there that don’t care, but those shows were really fun this year. The intention behind playing small venues was basically to sell it out as fast as possible and make sure the people there were ultimate PVRIS fans. All the people that came out were diehards and so supportive, and putting them all under one roof led to some crazy shows.”

Who is your hero of 2019?
“Definitely Greta Thunberg, for everything she’s been doing with regards to climate change – she’s phenomenal. Her work is so inspiring, and we’re all grateful for what she’s done, particularly with regards to the effect she’s had on the youth of the world – we’re gonna make some changes!”

Would you describe the new album that’s coming this year as a continuation of the EP or something very different?
“I always like to change things up and push our limits when it comes to songwriting and production. That said, I do see it as a continuation from the EP to some extent, because Hallucinations is very dynamic and each song has a different vibe, and that’s something we’re looking to take into the album. You should never expect the same thing twice from PVRIS. There’ll be some similarities to our previous material, sure, but making music with a difference is something I’m focussed on. You may notice familiar tropes with regards to the attitude of the songs and their production, but when it comes to the core of the songs themselves, I’m looking for every new song to exist in its own little world.”

PVRIS play three shows in the UK next month – get your tickets here.