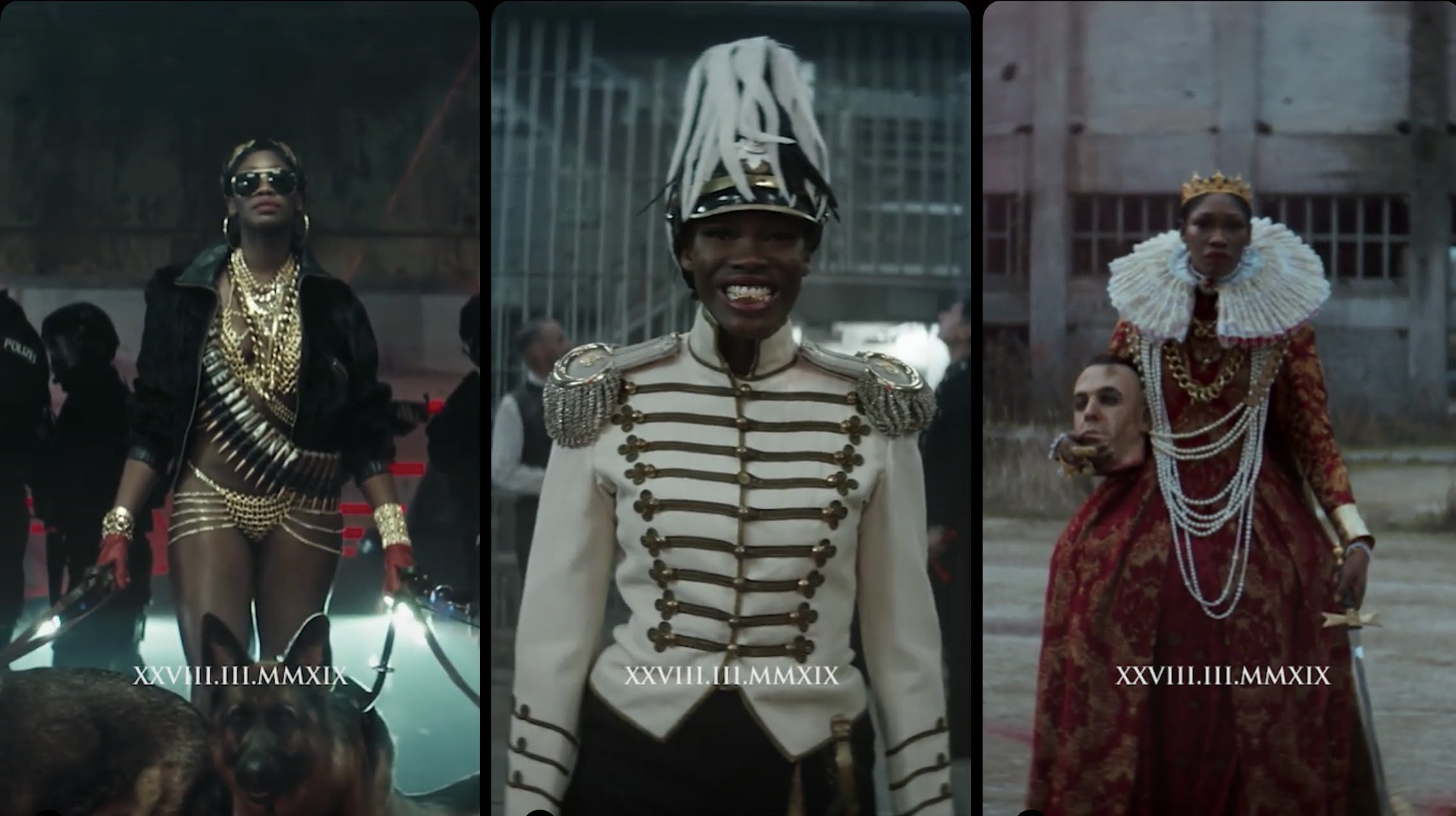 We all know that German industrialists Rammstein are releasing their new album later this year, and that they will release five music videos from the new album. Now, Rammstein's Spotify account has started including a series of vertical video clips with their top songs, teasing something for this Friday.

The clips correspond to specific songs, and seem to suggest that Rammstein will drop big news this Friday -- whether it's the video they recently shared behind-the-scenes images from, or the album itself, is anybody's guess. But the clips contain the running themes of a black woman dressed in various stylized outfits, and frontman Till Lindemann's severed head.

Sonne sees her praying in a high-collared red dress:

Mein Herz brennt has her cradling Till Lindemann's head while dressed in a military outfit:

Links 2 3 4 includes her marching forward dressed as a drummer boy:

Keine Lust sees her flashing a bunch of money around:

And Du reichst so gut shows her wrapped in bullets walking her German Shepherds:

Finally, the band added this bleak clip to their YouTube:

What these are teasing, well...we'll just have to wait until Friday.

In a recent interview about the new album, Rammstein guitarist Paul Landers said, "It’s not too sterile, not too clean. It has a lot of life and energy in it, but it’s not all angry. The music is more than that. It’s different for Rammstein. You might even say it’s fun to listen to.”

“Everyone with a computer can make music at home,” he continued. “You can program stuff and get nice-sounding drum programs and the sound is very good off the soundcards you have at home. That’s fine, but our goal was to have something that could never be done at home, where you really hear the humans behind the instruments. To see your drummer play when you work on songs and see there are real people involved in your band I think is good for us.”

If you want to catch all the theatrical weirdness of Rammstein live, make sure to see them at one of the dates listed below: