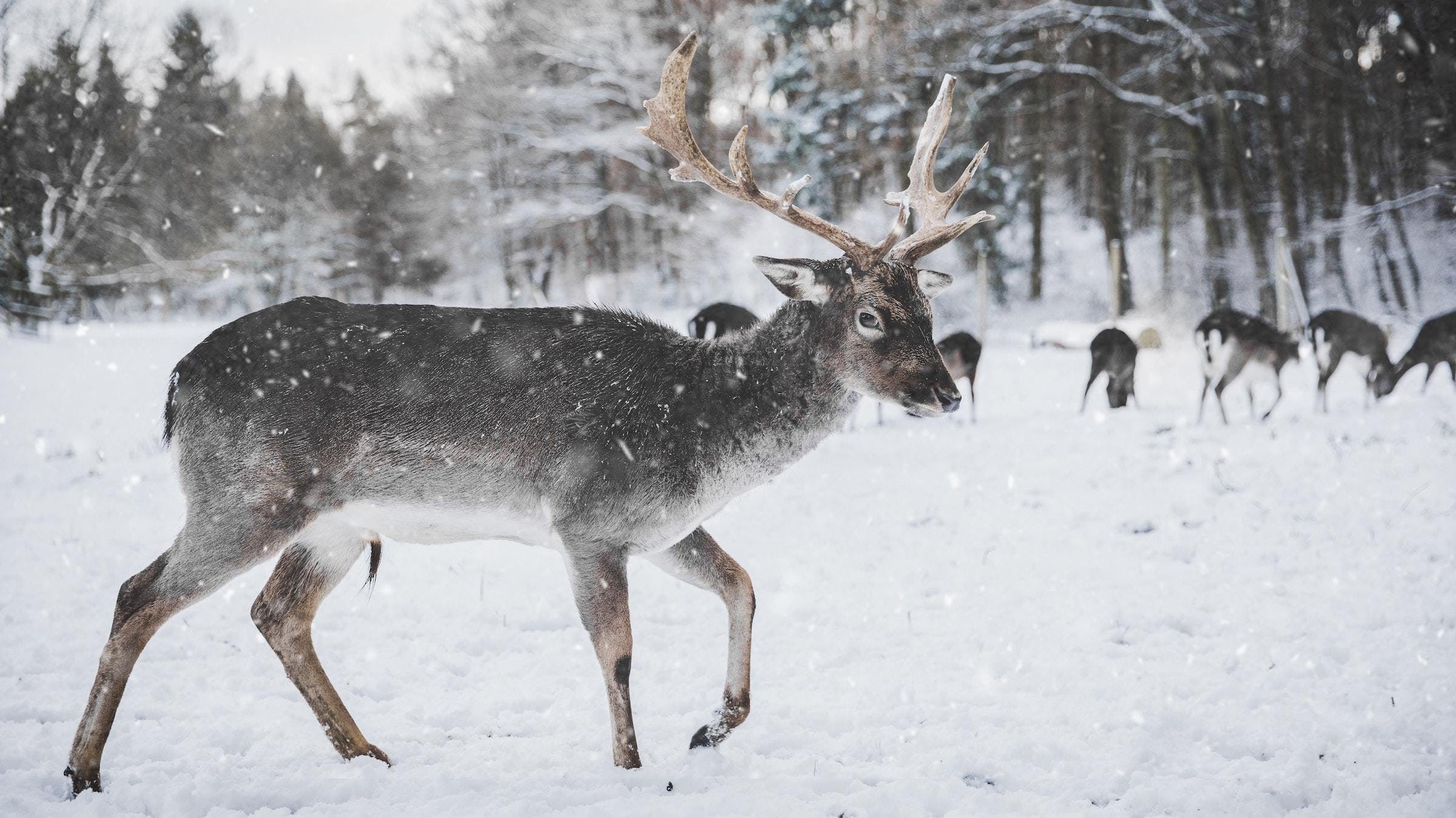 This is not a joke; this is not an Onion story: Reindeer actually participate in mosh-pits, and they are as dangerous as they are mesmerizing.

The PBS documentary Wild Way of the Vikings captures actual aerial footage of this phenomenon, which is scientifically referred to as a "reindeer cyclone" (no more scientific sounding than "mosh pit," and easily as terrifying). According to the doc, when reindeer are faced with a predatory threat, the herd will move unilaterally in a swirling cyclone formation as a form of defense. The counterclockwise spinning melee -- which, for all intents and purposes is, in human terms, a circle-pit -- is designed to confuse a predator and preventing it from overpowering any single reindeer.

All these 'deer are missing is a soundtrack courtesy of Lamb Of God (any meme-takers?).

The documentary puts the cyclone in the context of a human-led hunt: in the full clip, a performance by an actor playing a Viking hunter is blended with real, natural footage of reindeer moshing in the mountains of Norway (Come to think of it, this clip would probably be better suited with a soundtrack by Enslaved…). Ultimately, it helps illustrate just how difficult it would be for any wolf, bear, or human to target any single body -- and getting too close to this chaotic pit would surely end in injury, if not death.

Watch the entire scene below:

Only one question remains: when does Santa get in on the moshing action?

Enslaved Are Recording A New Album

Norwegian progressive Viking metallers Enslaved are back in the studio.