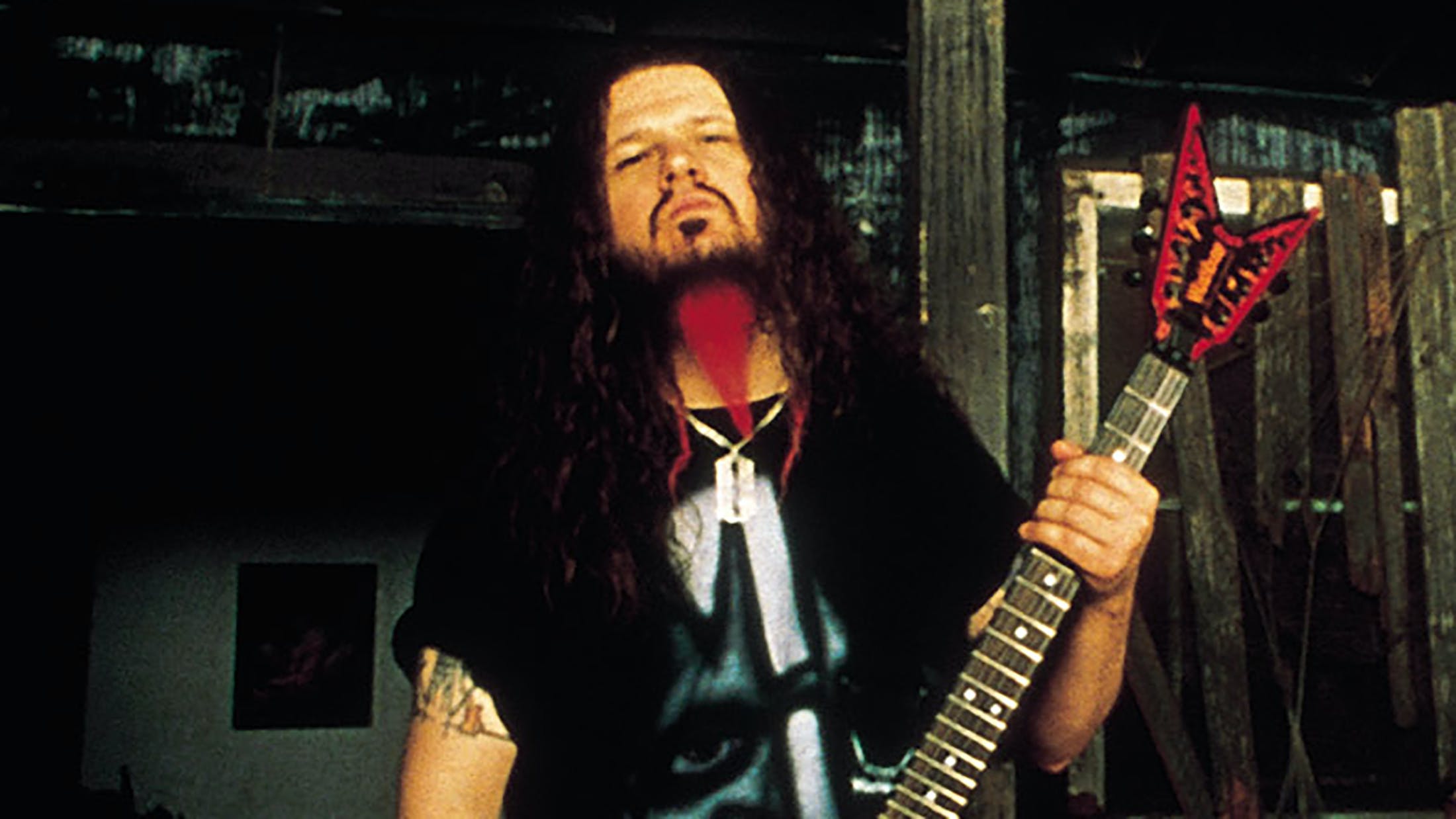 It's hard to believe that it's been 16 years since that terrible night, December 8 2004, when a deranged fan killed four people and wounded three others at the Alrosa Villa nightclub in Columbus, Ohio. At times it still doesn't seem real. Particularly since one of those killed, indeed the main target for the senseless attack, was former Pantera guitarist Dimebag Darrell, onstage with his recently formed band Damageplan. Gone at just 38 years old.

But rather than attempt to fathom the unfathomable, reason the unreasonable, maybe it would be better on this anniversary just to remember the good times. It goes without saying, of course, that Dimebag had an immeasurable influence on metal – the music he loved so much – and is rightly considered to be one of the most influential guitarists in the genre's history. But offstage too, he was a force to be reckoned with; ever the genial party host, living life to the fullest. Let's just say that if you didn't wake up with a rotten hangover after hanging out with him, then you just weren't doing it right. And as Dime said, “If you pass out first, it's a Roman candle to the head, motherfucker!”

For the purposes of this tribute, Kerrang! asked that I share a few memories of the man I came for know for the best part of 13 years, but it must be said that many of those memories are little more than a fond blur. Red plastic cups backstage, into which Dime would pour his infamous creation, the Black Tooth Grin (a large shot of Seagram's 7, a large shot of Crown Royal, and the merest splash of Coke), handing them out to anyone and everyone. It's not like there were ever any deep philosophical conversations – just booze and metal. He didn't need anything else. A memory that comes to mind is of Dime filming my bleeding head after Pantera's legendary London Marquee show in 1991, after a stagediver landed on me. And then we went to the Camden Underworld and got drunk (more drunk). I still have the scar.

Perhaps more telling of his character though, is that we actually became friends after a near punch up at Nottingham Rock City, the night before Pantera ripped the Monsters Of Rock festival a new one, back in 1994. I'd recently interviewed Dime for a Kerrang! cover story, and had made some wise-ass comment about him flying straight from the interview to see Warrant. Not that he ever hid his love of glam rock, but he didn't think it was funny, and, never one to mince words, came up and started poking me in the chest. It never came to blows, but there was some pushing and shoving and we were separated by security. The next day, I got a dedication of Fucking Hostile, and that was that. Done. No grudges, no ill will, just back to hanging out. As Anthrax guitarist Scott Ian said, “Once you shared drinks with that guy, you became a part of his extended family.”

It has been suggested that if not for his untimely death then Dimebag would not have been considered a legend, but, frankly, that's bollocks. Granted, Damageplan were playing to around 250 people in a 600 capacity venue on the night he died, but he had no problem with starting at ground-level again. It's not like he was going to give up or go away. “Once you're into it, you're into it for life,” he said, and Dime was nothing if not a lifer. He picked up his first guitar at 12 years old, after hearing Black Sabbath, and while Pantera's debut Metal Magic might not be a masterpiece, remember that he was just 16 when it came out. It took nine years before Pantera had their major label debut, with 1990’s Cowboys from Hell, and by all accounts he could have achieved stardom earlier, having been invited to join Megadeth in 1987. However, he would only take the job if his brother Vinnie Paul could play drums, and Megadeth had a drummer, so Dime chose family over fame and took the long route.

The truth is, we'll never know what could have been achieved if his life hadn't been cut so tragically short. Maybe Pantera would have got back together some day, maybe not. But one thing's for sure, that pink-bearded lunatic would have been playing metal. Instead, he was buried in a Kiss Kasket, at Moore Memorial Gardens, in Arlington, Texas, along with Eddie Van Halen's original black and yellow striped guitar, and a couple of bottles of Crown Royal. A fitting end, albeit one that came far too early.

And as for those deep philosophical conversations...

“You know what happens to people who don't smoke or drink or exercise regularly?” said Dime. “They die anyway, so crack a cold one, light up, crank the Pantera and getcha pull!”