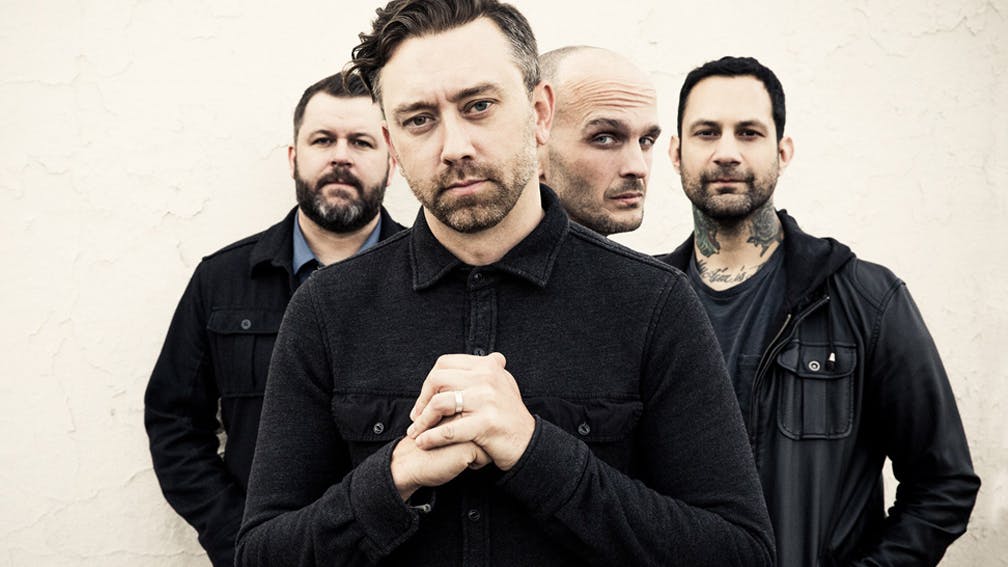 Having wrapped up the touring cycle for 2017's 5K-rated Wolves full-length, as well as some extra-special shows in support of their beautiful acoustic album The Ghost Note Symphonies, Vol. 1, Rise Against are slowly but surely turning their thoughts towards what comes next.

Aside from a huge Los Angeles gig on June 29 supporting the “original” Misfits (yes, Glenn Danzig and Jerry Only are indeed reuniting), the Chicago punk heroes are set to make the most of some well-earned downtime at the moment – not just relaxing, but also working on new music.

“Yes, we are writing," frontman Tim McIlrath tells Kerrang! in this week's Baroness-fronted issue. "We’re getting together and playing ideas, but I wouldn’t hold your breath. The one thing that we have decided is that we don’t want to feel rushed, we’ll put out the record when it’s done, not to try and meet some deadline.”

So what else is Tim up to right now while the follow-up to Wolves takes shape?

“More mountain biking! We said, ‘Let’s have a holiday and say no to all festivals and touring,’ and then the offer to play with the Misfits came in and it was like, ‘Well shit, how do we say no to that one?’ They’re living legends.”

Amazing. Pick up this week's issue of Kerrang! now for a brand-new career-spanning chat with Tim.