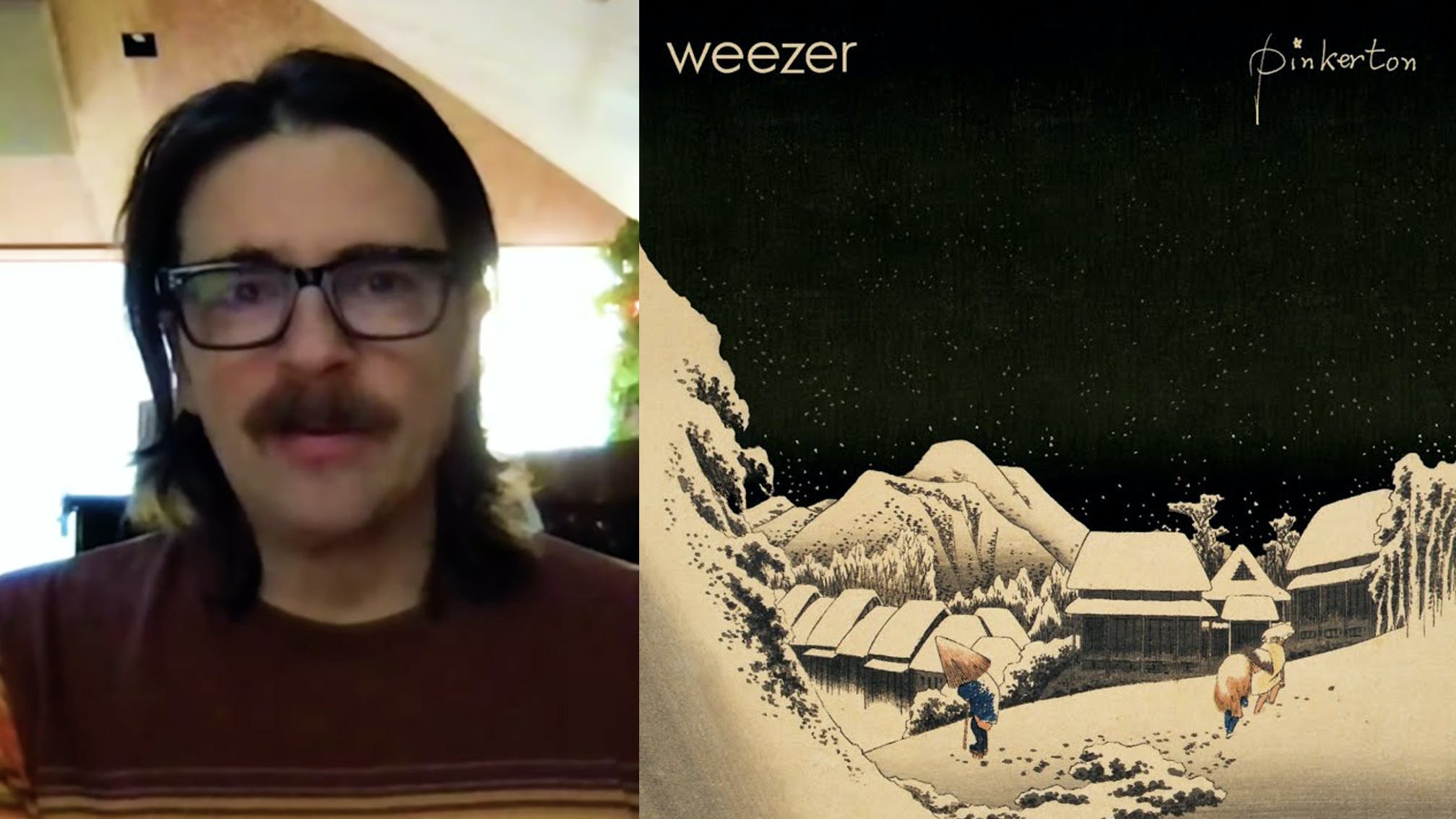 As Weezer celebrate the release of their awesome 14th studio album OK Human, Rivers Cuomo joined Zane Lowe on Apple Music 1 to chat about the new record, as well as the band's whirlwind career as a whole.

The frontman says that he'd like to take the more orchestral approach that informed the sound of OK Human and apply it to the band's 1996 second album Pinkerton to see how it would affect the record – which, of course, received a seriously mixed reaction at the time of release. "Those are the most complex songs and they're the most emotional songs," he explains. "And yet, the way we recorded is so raw, four-piece rock noise. I'd be really interested to hear that with an orchestra."

Digging deeper into the making of Pinkerton as it now approaches its 25th anniversary, Rivers notes that the LP "was supposed to be our magnum opus and it just got destroyed and it's almost like the game over for our band" – and yet he remains a massive fan of the album despite how it was initially received by listeners.

"Especially, I love the sound of my voice," he tells Zane. "It's very low in the mix. I'd love to hear a remix of the vocal louder, but there's just so much pain and vulnerability in my voice.

Read this: The story of emo in 14 songs

"I don't know if this is disillusioning at all, but I think some of the pain you hear in my voice is actually physical," the frontman ponders. "At that time I was going through this procedure on my leg where I had all these pins and spikes and wires going through my muscle and bone, and for a year and a half, and this is constant pain. And right in the middle of that, I went and recorded the vocals for the album. So I just sound like I've been through a lot and I think some of that is physical. And maybe if you want to have a really great vocal performance, you could consider some kind of self-torture device…"

Rivers adds that, despite Pinkerton being "a complete flop" upon release, Weezer's fanbase was steadily growing behind the scenes – something he didn't realise until a friend pointed it out several years later.

"Over the next few years, unbeknownst to me, locked away in my rehearsal space in west LA there's people who started to fall in love with that album and fall in love with the band in a really heavy way," he says. "And as the years went by, that demand for Weezer grew and grew. Again, I had no idea this was happening. And it wasn't until I think the beginning of 2000, one of my friends said he was in a small band that just in this van too, around the country. He was like, 'Do you know that there's kids all over the country who totally loved Pinkerton and love your band?' And I was like, 'What, really?' He was like, 'Yeah, it's taken on this new life.' So I was like, 'Okay.'

"And then I remember that spring, we got an offer for a show out of nowhere and it was from Japan. And it was for 10 times the amount of money we'd ever received for a show. We just played small venues and never really made any money on the road. Suddenly we got this massive offer and those kinds of numbers make you feel like, 'Wow, maybe there's some life in this thing yet.'"