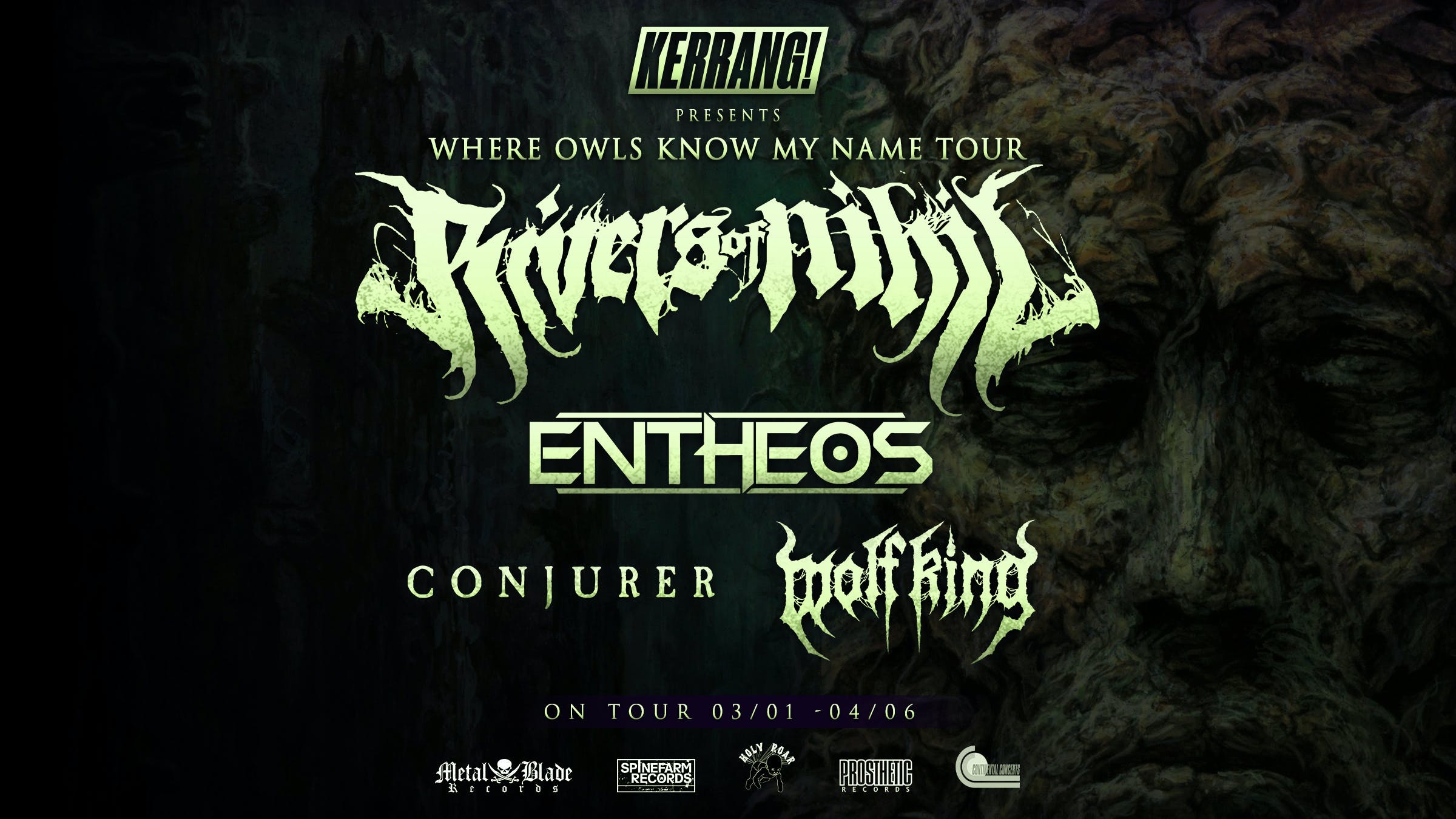 Some of you might not have gotten your tickets yet for Kerrang!'s upcoming US tour with Entheos, Conjurer, and Wolf King. And we know why: you're worried there's not going to be enough live saxophone on the tour. Well, you officially have no reason to not come out now.

Not Rivers Of Nihil have announced that they will be playing their new album, Where Owls Know My Name, in its entirety on this tour -- but they'll be bringing saxophone player Patrick Corona to play with them as well.

When we spoke to vocalist and bassist Adam Biggs earlier this year, he said, “All of the new elements and instruments added to Owls were sort of happenstance occurrences. We had access to these great guest musicians and instruments and figured we only had ground to gain by exploring what we could do with them. As far as [including them in] the future, that’s still a mystery, but a mystery that we’re all talking about seriously and often.”

Get your jazz on at one of the dates listed on the admat below.