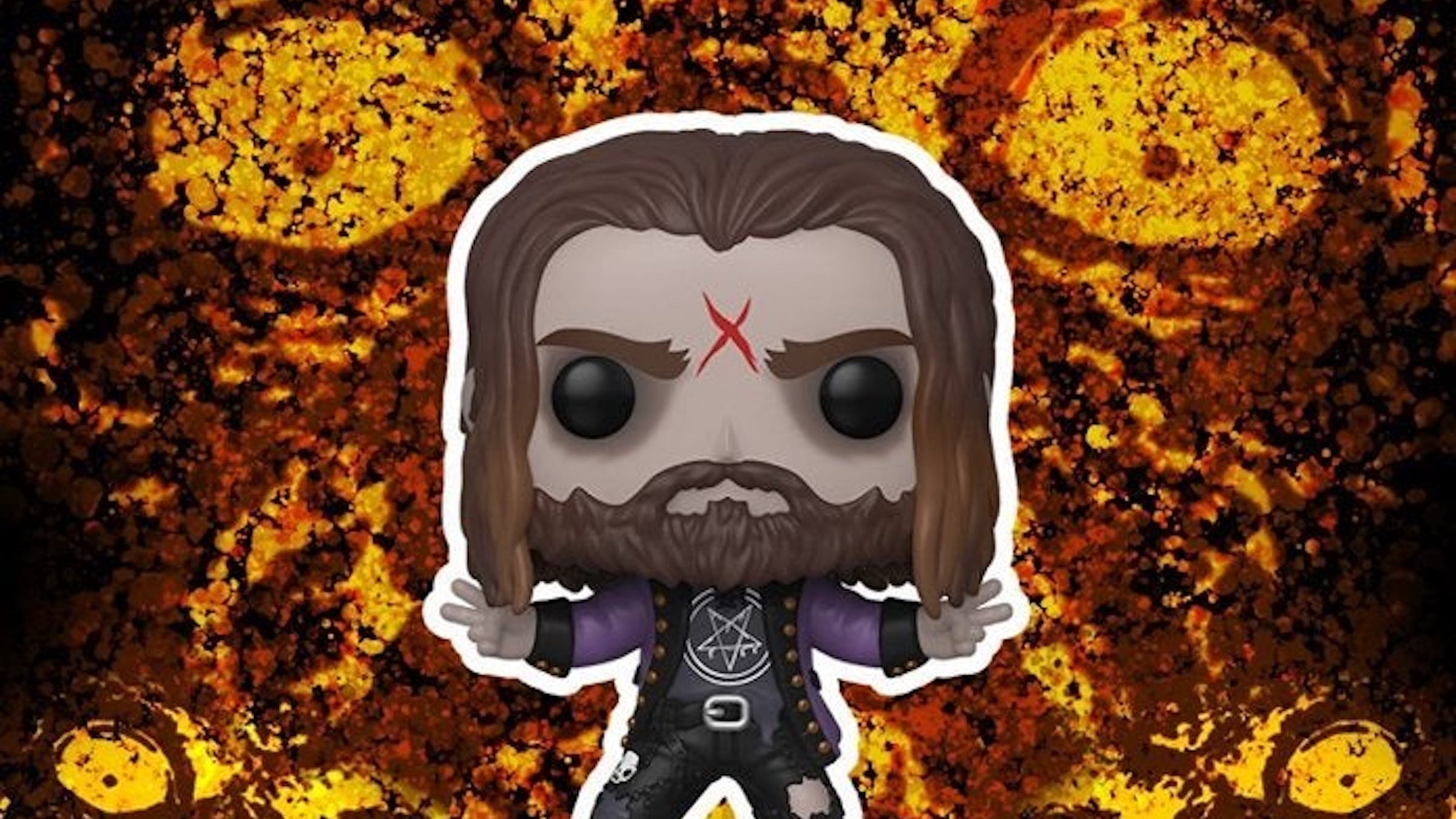 Over the past year, heavy metal has seen a huge influx of bands getting specialty toys and figurines made of them. Pantera have their Cowboys From Hell statuettes, and Iron Maiden are releasing Eddie figurines with their studio album remasters. But it's Funko's Pop! vinyl toys that are the true indicators of success, with massive acts like KISS and blink-182 joining their ranks. Now, the series has a fearsome new face for metalheads to put in their toy boxes: shock rocker Rob Zombie.

Rob revealed his figurine via his Instagram, writing, "Guess who is now a @originalfunko POP! Yep this guy. Coming soon! #robzombie #funkopop"

Zombie's figurine comes during the build-up to the release of his long-awaited new film 3 From Hell. Check out the trailer below:

Special showings of 3 From Hell will hit select theaters September 16th, 17th, and 18th, with each date including special features for viewers. The movie has been rated R by the MPAA for “strong sadistic violence, language throughout, sexual content, graphic nudity, and drug use.”

Rob is finishing up the current leg of his Twins Of Evil tour with Marilyn Manson and Palaye Royale, so catch him live at one of the following dates:

Our coverage of the tour's Allentown, Pennsylvania, stop showed that Zombie doesn’t stick to the classic stuff on tour, the crowd in attendance getting equally excited by some of his lesser-known tracks — Well, Everybody’s Fucking In A UFO from his latest album, and Pussy Liquor from the House Of 1,000 Corpses soundtrack — as they are by the earlier stuff. The singer baited them with drawled urges for girls to get on their boyfriends’ shoulders and references to Billy Joel’s Allentown, of all things.