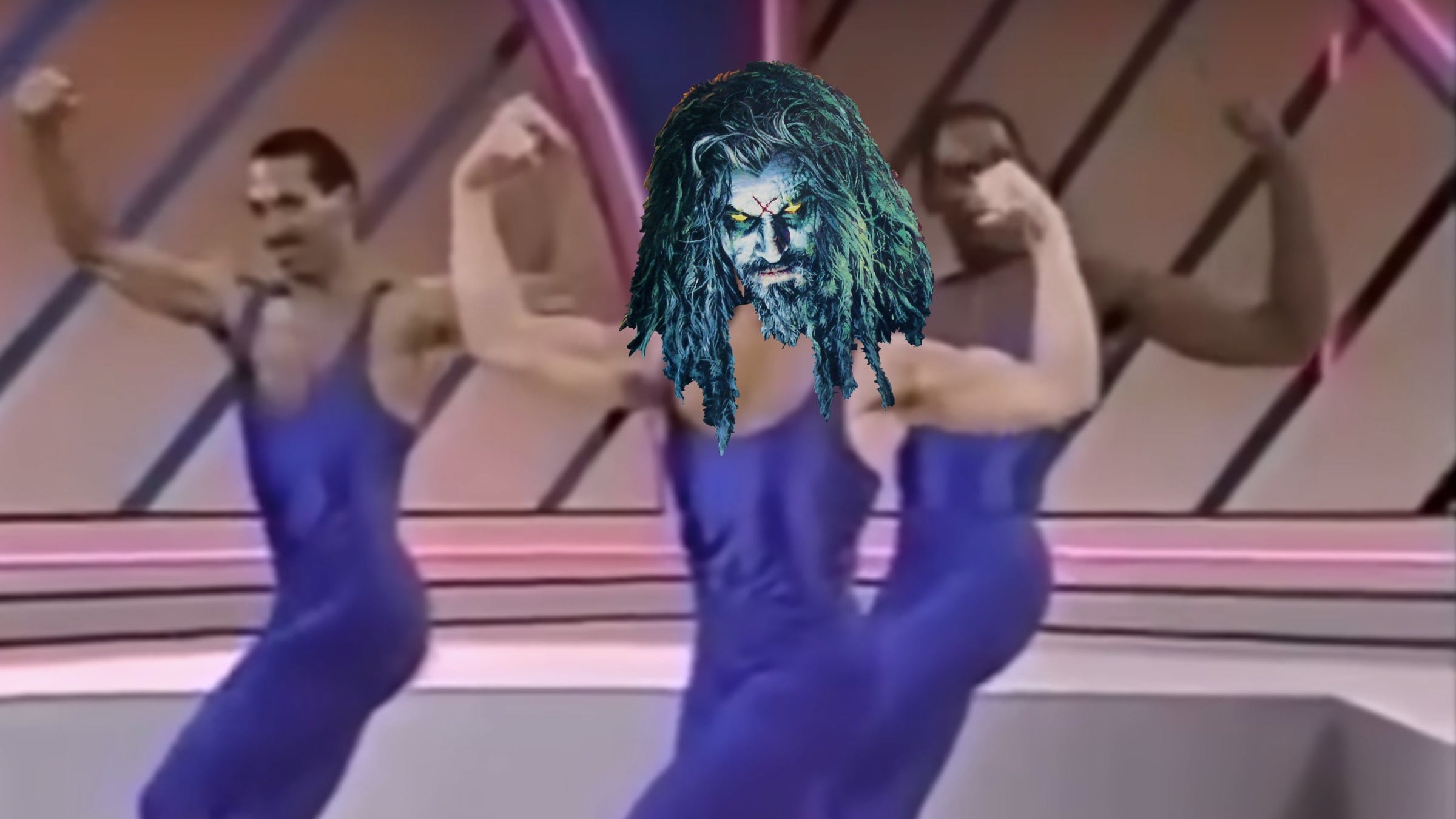 To call Rob Zombie's songs heavy metal jock jams would be fair -- not because your average Zombie fan is the type to snap bras and dole out wedgies, only that Zombie's music has a pounding, energizing quality that feels appropriate when doing squats or punching a heavy bag. Now, one YouTuber has showed just how well Rob's music and hitting the gym go together by matching up an '80s aerobics video with the song Dragula to hilarious results.

Chances are, most readers have seen this aerobics video before -- it's famously cringe-worthy in a way that only the 1980s could pull off, and it was the inspiration for one of the most hilarious yet disturbing comedy sketches ever filmed. That said, you've never seen these lithe, leotard-wearing dancers as you'll see them now, writhing to the satanic rhythms of Rob Zombie's biggest hit. It'll make you want to throw on some leg warmers and a Frankenstein mask and go hump the air on your neighbors' lawn.

Rob Zombie's not immune to comedy, even if he never intends for it. Speaking to Kerrang! about his recent film 3 From Hell, the shock rocker spoke about the scenes he filmed that he never intended for fans to laugh at.

"I’m never going for laughs, I’m just saying, ‘This’ll be weird,'" explained Zombie. "The scene with the grape soda — that’s a different scene in the script. And about a half an hour before we’re going to shoot it — at that point, we’re really deep into shooting the movie — Sheri says, ‘I don’t think this works for Baby anymore. I don’t want to do the scene like this. Let’s come up with something different.’ So we went off to the side, with me and Sheri and Sean [Whalen] who plays the guy who gets killed.

"And we just made up a different scene on the spot, where she just lures him in and she’s just so concerned with her proper beverage pick. That’s not something that makes you think, ‘Oh, that’s going to be hilarious!’ But this guy thinks he’s going to get laid, we know that he’s going to get killed, but Baby’s just worried about finding the proper flavor of soda."