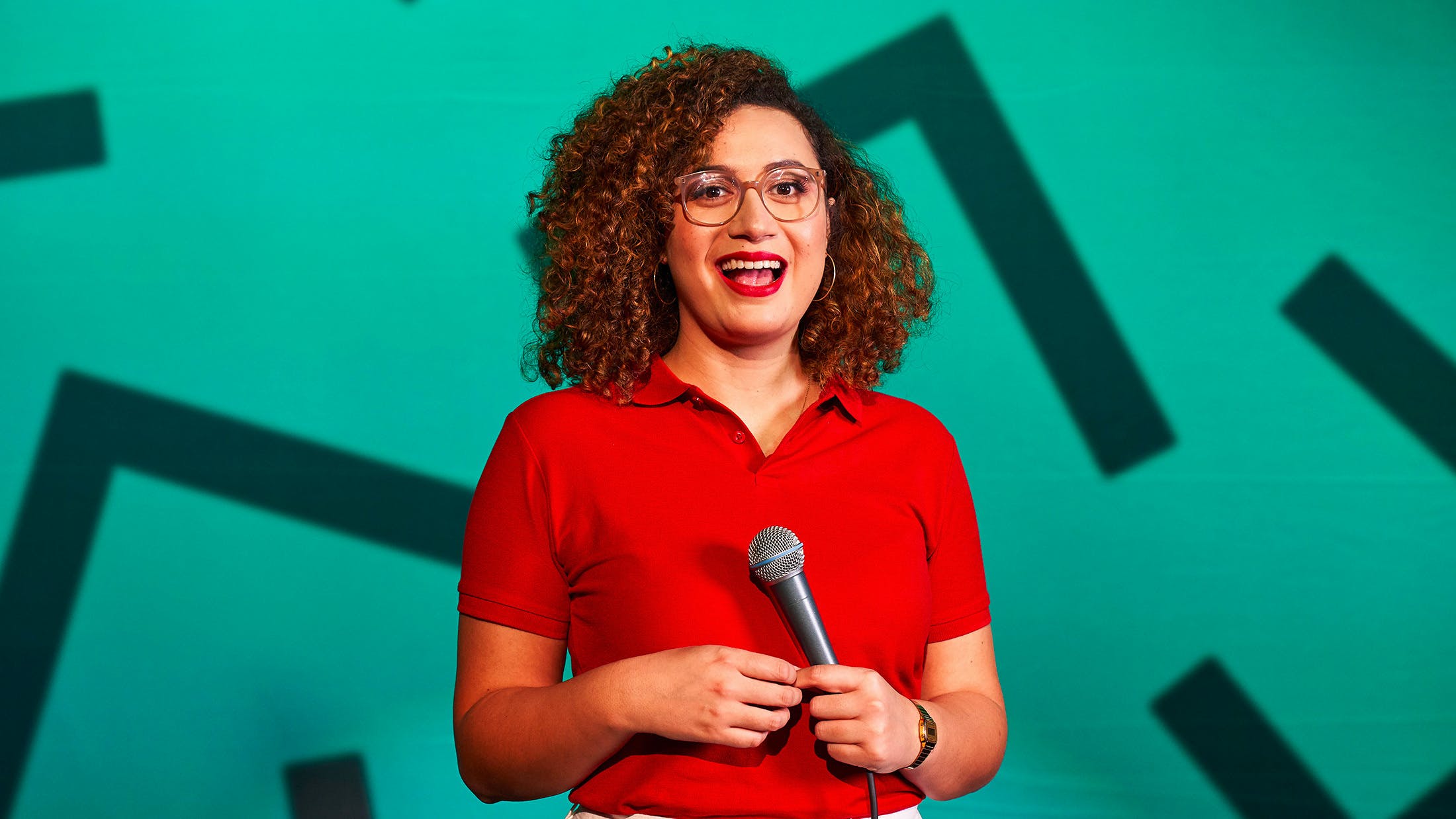 As a teenager, Rose Matafeo was banned from a Franz Ferdinand forum for saying she wanted to marry frontman Alex Kapranos. A bit of an overreaction, we feel, but it did nothing to dampen the New Zealand comedian's love of music or her quest to find The One. In fact, this act of teenage lust is just one many instances dissected in Rose's brilliant new show Horndog, in which she deconstructs her relationship history and her own inherent awkwardness.

Here, with no mention of the mid-2000s indie heartthrob she fell for, we dive into Rose's musical history – from funeral playlists to bangers guaranteed to get the nannas dancing.

The song that reminds me of school…Phantom Planet – California (2002)

"What comes to mind immediately is Phantom Planet – California. When I was about 12, that was when The O.C. was hitting, and it was a collision of burgeoning hormones and Californian indie music and the hot non-threatening boys of The O.C. (laughs). That song really keys me back into it."

“Every time I hear it, I feel national pride. Crowded House is a mix of Australian/New Zealand, so it’s not fully New Zealand, but there were a number of artists growing up that you had to enjoy like Dave Dobbyn or Crowded House. But I do think that the Finn Brothers are the best, and Crowded House are awesome when you get into it. There’s a reason they had such international appeal. I guess Lorde is the equivalent now; I love her to death, but if I hear Royals one more time I’ll self-combust.”

“I can’t believe this came to mind immediately. At the time I was hosting a music television show, a live show, from 4-7pm in New Zealand – nobody watched it except for stoners and kids after school. That was the only time in my life I felt like I was up to date with pop music, because I do not listen to pop music. Call Your Girlfriend had just come out and I’d just had my first proper break-up, and I was watching the video and listening to the lyrics like, ‘This song is about me. How has Robyn tapped into my brain?’ It’s so funny, because when you break up with someone, any song will become about you.”

“You can just go ham on that – especially with the key-changes – and people are impressed. And I go to karaoke to impress, not to enjoy myself or for anyone else to enjoy their time, it’s an audition. I actually don’t like karaoke because I get stressed out about doing well. I don’t go to karaoke to chill out, I go to win. I know it’s not a game, but I want to win. I miss the days of SingStar, that’s a much more chilled version of karaoke, and it was a game that you could win (laughs). You can sing Take On Me by A-Ha in a nice way, or you can sing it in a way that will get you maximum points. That version is awful, but you will win.”

“It’s such a good song, and I think a lot of Stevie Wonder songs do that for me. But Do I Do is so good because it’s like a double-duty song. It’s such a good song by itself, but then it also reminds you of Livin’ It Up by Ja Rule which samples it, so I’m getting a double dopamine hit because I’m thinking of two great songs at the same time.”

“Recently my auntie had her 65th birthday in New Zealand – New Zealand wasn’t in lockdown, so it was a proper shindig – and her son was put on DJ duty and he just messed it up. I was like, ‘Hand over that phone. I listen to Gold FM, I know what these people want.’ I was putting on hit after hit, man. And I honestly think there’s nothing that gets people going like the Bee Gees’ You Should Be Dancing. It cuts through generations. Or if it’s near the end of the night and you want to get people gone, then Cracklin Rosie by Neil Diamond. I sound so old.”

“’60s soundtracks like the James Bond theme; I really like to listen to composed film music to wind down. I’ve been getting into a lot of Fats Waller, which makes me relax but also feel like I’m in The Shining because it’s kind of creepy old music. I’ve got really into soundscapes, which are these things where people edit together an hour or two of old ’30s music but also the sound of rain or like you’re on a train or it’s coming from another room. It’s beautiful, but you 100 per cent feel like you’re going to get murdered.”

“A lot of people will agree with this, but it’s the worst song for different reasons for me. I’m a huge Beverly Hills Cop fan, and it ruined one of my favourite films when it came out. I was 12, like, ‘You don’t even know the art that this has come from! You don’t even know what this is referencing! Do you know that Axel F stands for Axel Foley?! This ruining one of the greatest movie themes of all time!’ It was a particularly damaging year of my life. It’s horrible that song, and it’s butchering a classic.”

“With Horndog I had a specific playlist that I’d listen to when I did my make-up before the show, and as I’d walk to the show, and I’m very obsessed with pre-show playlists. Weirdly, I don’t even necessarily like these sort of songs, but I’d listen to Sorry Not Sorry by Demi Lovato a lot and No Tears Left To Cry by Ariana Grande. I’ve got no interest in them usually, but for some reason they really get you into an awesome space before a comedy show. Kisses Of Fire by ABBA was a huge one for me, and a lot of ELO's Turn To Stone Was one of my favourite ones to listen to. I get really superstitious in my routine before shows, especially in Edinburgh [the Fringe Festival] where I feel like if I deviate from anything then it will jinx the show. Every day at the same time I had to set up my mirror at the same time, to do my make-up to the same playlist, listening to the same music going to the show. It’s funny because songs I’ve put on pre-show playlists throughout my life key me straight into the moment of doing that show, so I can't listen to Sussudio by Phil Collins without thinking about this show called Sassy Best Friend I did years ago (laughs). The power of music is strong in that regard.”

“I’m years ahead of you, man. I did a show about my own funeral and I have this thing called the Grief Megamix, which is all my funeral songs, and I’m always thinking about this. Let’s Go Away For A While by the Beach Boys is a big one on there, In Between Days by The Cure, and weirdly Kentucky Rain by Elvis Presley is on my funeral playlist – but what a great song. I really need to put this in a will of some sort; I have no money but I do have instructions about the songs I want to play at my funeral. I’ve been to a few funerals where the song choice has been like, ‘Really? No, not this one.’ Or some where they’ve made some odd choices, but have really worked. Everyone should have a funeral Spotify playlist.”