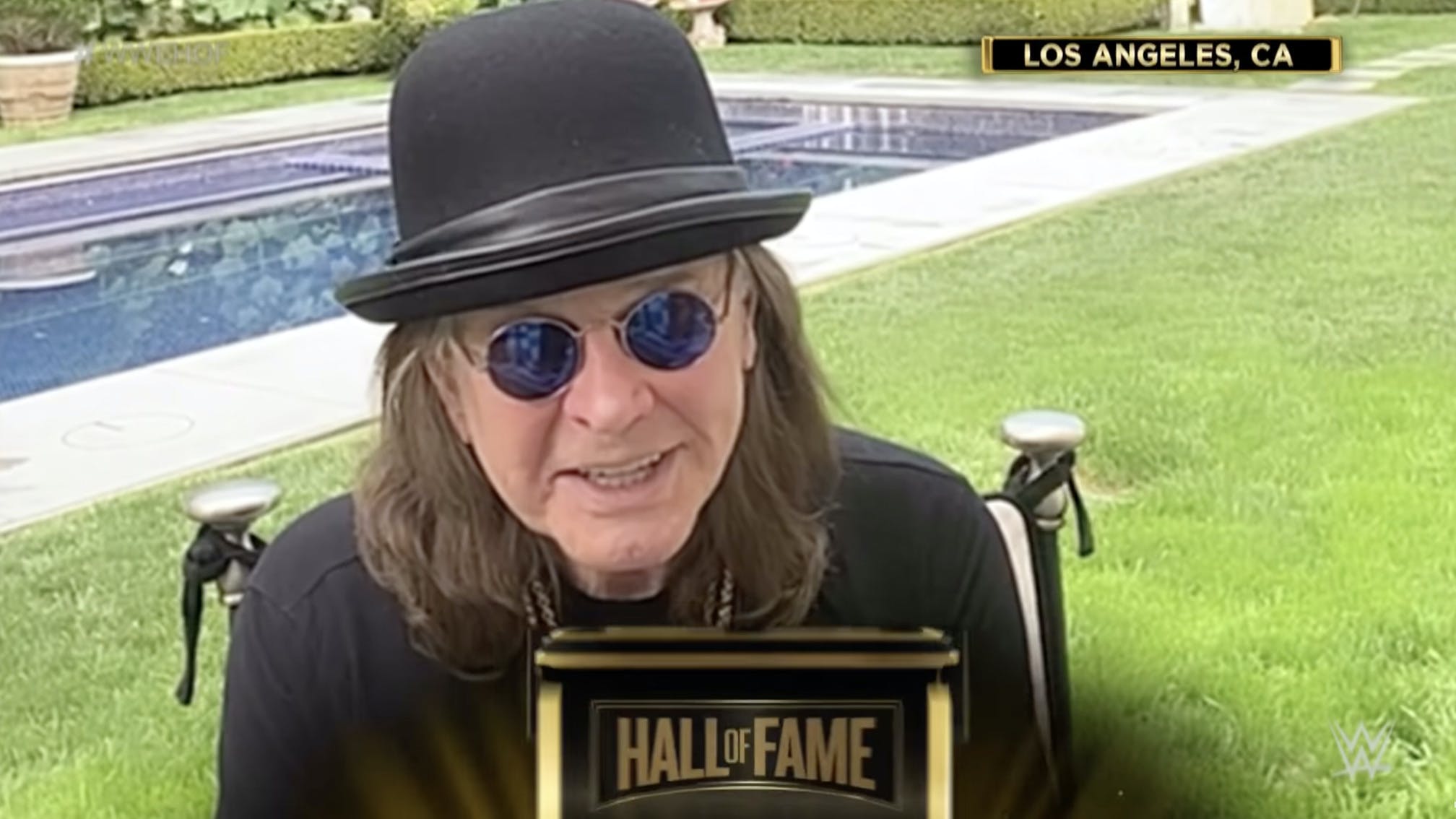 Black Sabbath frontman and all-round heavy metal god Ozzy Osbourne has been inducted into the WWE Hall Of Fame Class Of 2021.

The Prince Of Darkness received the honour during the April 6 ceremony, joining in on the action virtually from his lovely-looking garden in Los Angeles. "Thank you so much WWE Universe for this award," Ozzy said in a short-but-sweet video message. "I don’t deserve it, but thank you anyway.

Read this: How Ozzfest '99 ushered in a new generation of metal

With any luck, Ozzy's new WWE status is just one of many exciting endeavours for him in 2021 – including, hopefully, a new solo record.

Late last year, producer Andrew Watt said that "there’s a bunch of people involved" with the follow-up to Ordinary Man. "I started doing a bunch of basic tracks with Chad [Smith] and Robert Trujillo, who used to play in Ozzy’s band," he teased. "And Taylor Hawkins also came in and played a bunch on the record as well, which adds a different flair – it kind of harkened back to Ozzy’s '80s era, in a great way. And I think it’s so cool for a rock fan to be able to listen to half an album with Chad Smith on drums, and then you flip it over and you get to hear Taylor Hawkins.

"And you know, the last album was really special for everyone involved. And so there was no point in Ozzy or me doing this again unless we thought we could bring something new to the table. And I feel like we’re achieving that."

The producer added: "There’s some songs on there that are like eight or nine minutes long that are these really crazy journeys. I’m really excited about it." Hell yeah.

Catch Ozzy and Judas Priest live at the following dates next year: