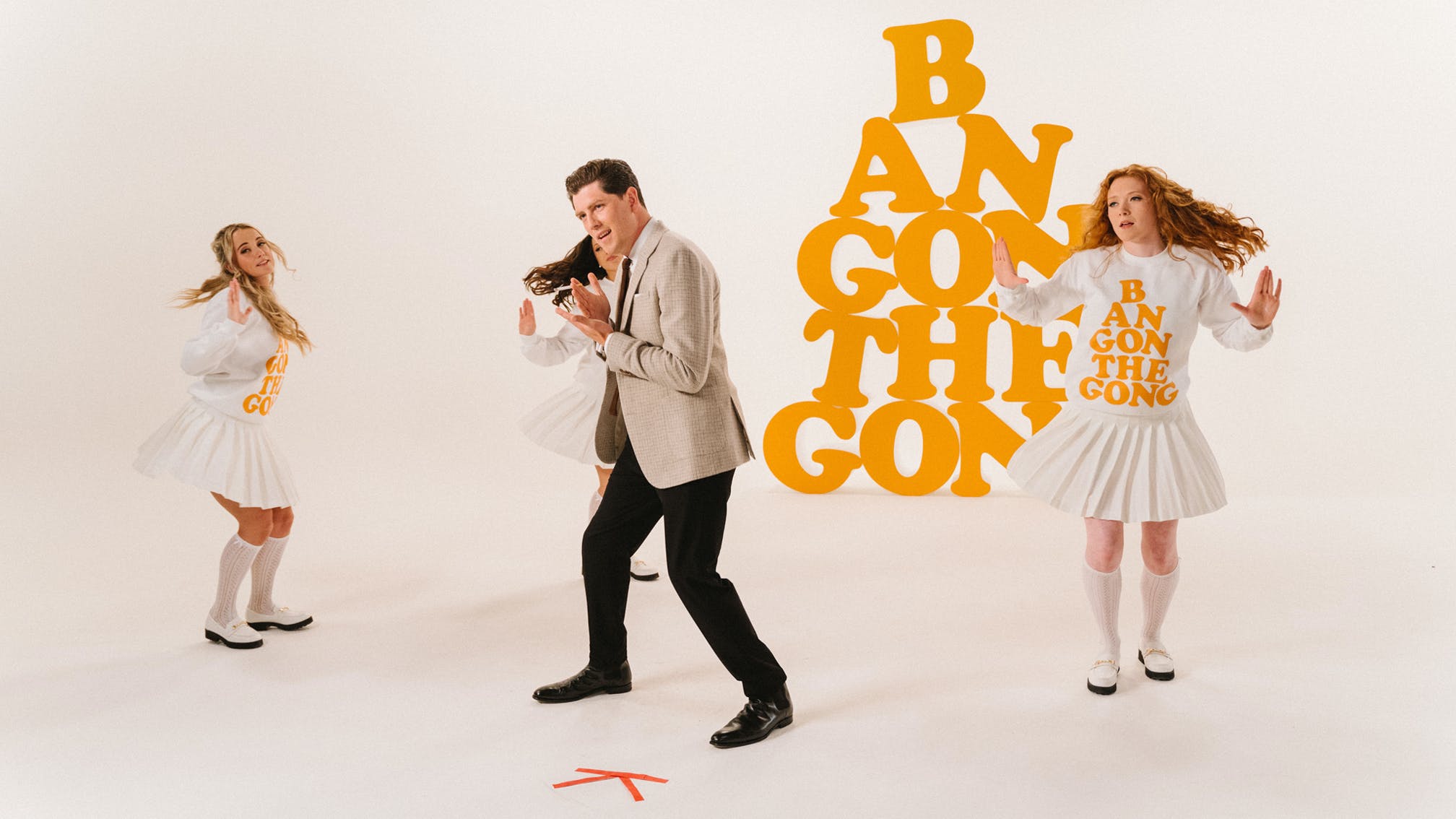 Twin Atlantic are back, and having more fun than ever.

This much was obvious when the Scottish rock titans dropped new single Bang On The Gong last Friday, plus an accompanying video clearly inspired by Once Upon A Time In Hollywood. Now, in a new behind-the-scenes clip premiering with Kerrang!, you can see how it was created, and just what a blast it was to do.

"This was so much fun to make," frontman Sam McTrusty tells K!. "Just made it with our mates and I made up a dance every take. So relaxed and lighthearted which really matches the song so it was dead easy. Everyone was so pro."

Sam jokily continues of the video's inspiration: "I get stopped in the street ever since Titanic came out in the ’90s asking me for autographs saying I should have won an Oscar for Gangs Of New York. I tried so hard to explain that I’m not Leonardo DiCaprio, but nobody would listen… so I thought, 'Hey, if you can’t beat ’em, you’re gonna have to join ’em kid.' So we started by recreating one of his shortest, but maybe most iconic scenes to get people off my back."

Producer Ross McNae adds: "Taking more than a little influence from a recent movie, the possible narrative of our video highlights the fleeting nature of success, while also shining a light on how far we’ve come as a society since those days. After 18 months of turmoil is there any other way to play the visuals than to have fun and not take life too seriously? We feel really lucky to still have an industry to go back to after covid and a double dose of the Tories, so this is a celebration of that. Trial over adversity and not taking yourself too seriously!"

Go behind-the-scenes on Bang On The Gong below:

And see the finished product in all its glory here: